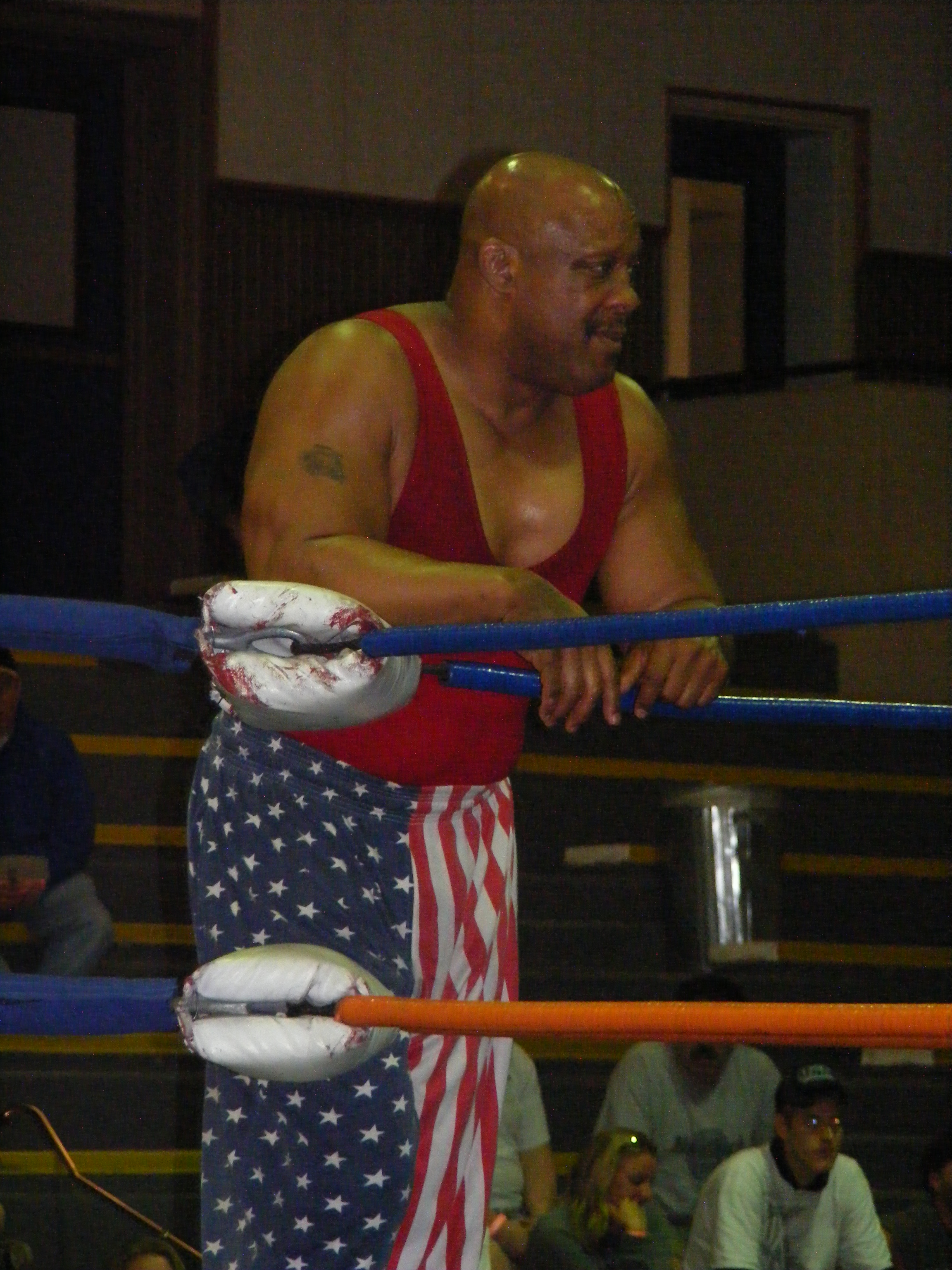 Anthony White (born , ) better known by his "Tony Atlas" is a bodybuilder, powerlifter, and former professional wrestler who has held multiple titles and championships in each sport. He is also known by the bodybuilding title he won 3 times "Mr. USA" the the "Black Superman" as well as an alter ego named Saba Simba. He returned to WWE in 2008, as the Manager for , on the "ECW" brand.

Atlas started wrestling in 1974, in the (NWA). Throughout his career he worked for (WCW), the NWA's , the (WWC), (WCCW), the (AWA), and the World Wrestling Federation (WWF). Among his regular partners were (as "TNT"), , and . He was also the very first man to press slam and pin though Hogan's foot was on the rope and the referee didn't see it.Fact|date=July 2008

During his time with the NWA, Atlas captured the NWA Georgia Tag Team Title with Tommy Rich. He later teamed with , Thunderbolt Patterson, Kevin Sullivan, and Rocky Johnson. In the WWF, Tony teamed with Rocky Johnson to defeat the to win the WWF World tag team title, becoming the first Black team to hold the belts. [Foley, Mick. Have A Nice Day: A Tale of Blood and Sweatsocks (p.36)] After losing the titles to Adrian Adonis and Dick Murdoch, Johnson soon departed and Atlas was used as a jobber to the stars in the WWF. In 1987, Tony teamed with Skip Young to win the World Class Texas Tag Team Title. In late 1990, Atlas was reinvented as Saba Simba and was a competitor in the 1991 Royal Rumble. He played a warrior of an Ugandan tribe, but the gimmick was unpopular, and he left for WCW shortly thereafter. In 1992, he wrestled in WCW, and in 1994 for the (AWF).

While working for the in , Atlas witnessed the murder of by another wrestler, Jose Gonzalez (Invader #1). Atlas was never called back to testify.

On , Tony Atlas was inducted into the by .

Now in his sixties, Tony Atlas continues to wrestle in many independent promotions on the east coast and currently runs his own promotion throughout the area called Atlas Pro Wrestling. He is a Certified and trains at Fitness World in and is also an accomplished .

Atlas appeared on the airing of where appointed him the special guest for the main event featuring with then-babyface, in his corner against . Atlas attacked Delaney, which in turn distracted Dreamer, allowing Henry to gain the victory. Atlas then announced Henry the winner of the bout, although the official result was a double countout. This is also the first time since his brief stint in WCW in 1992 that Atlas has worked as a . Atlas also accompanied Henry to the ring at the . Atlas helped Mark Henry retain his title at , attacking Matt Hardy once a win by Hardy appeared to be imminent. Henry was also able to retain his ECW Championship on the , episode of ECW due to an outside interference from Atlas. At Unforgiven, Tony Atlas was there to support Mark Henry in retaining his Championship in the ECW Championship Scramble, although Henry lost the ECW Champioship title to Matt Hardy after getting the last fall in the 20 minute time limit.

Outside of wrestling, White is a freelance sketch artist.