Highs in the Mid-Sixties, Volume 3

Highs in the Mid-Sixties, Volume 3 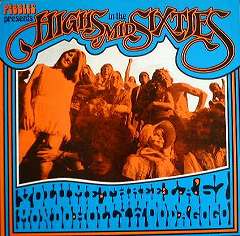 "Highs in the Mid-Sixties, Volume 3" (subtitled LA '67 / Mondo Hollywood) is a in the , featuring recordings that were released in . (Despite the subtitle, not all of these records were originally released in 1967). The subtitle is seemingly taken from "", an influential 1962 documentary film.

The flip side of "Every Night" by , "Love at Psychedelic Velocity" is better known and appeared several years earlier on the "Pebbles, Volume 10" LP. (featured on the original Pebbles album), , and also had tracks on "". The track is one of his many pseudo-documentary explorations of part of the L.A. scene. The song by , which complains about s, shows that nearly every possible topic has been covered in one pop song or another.