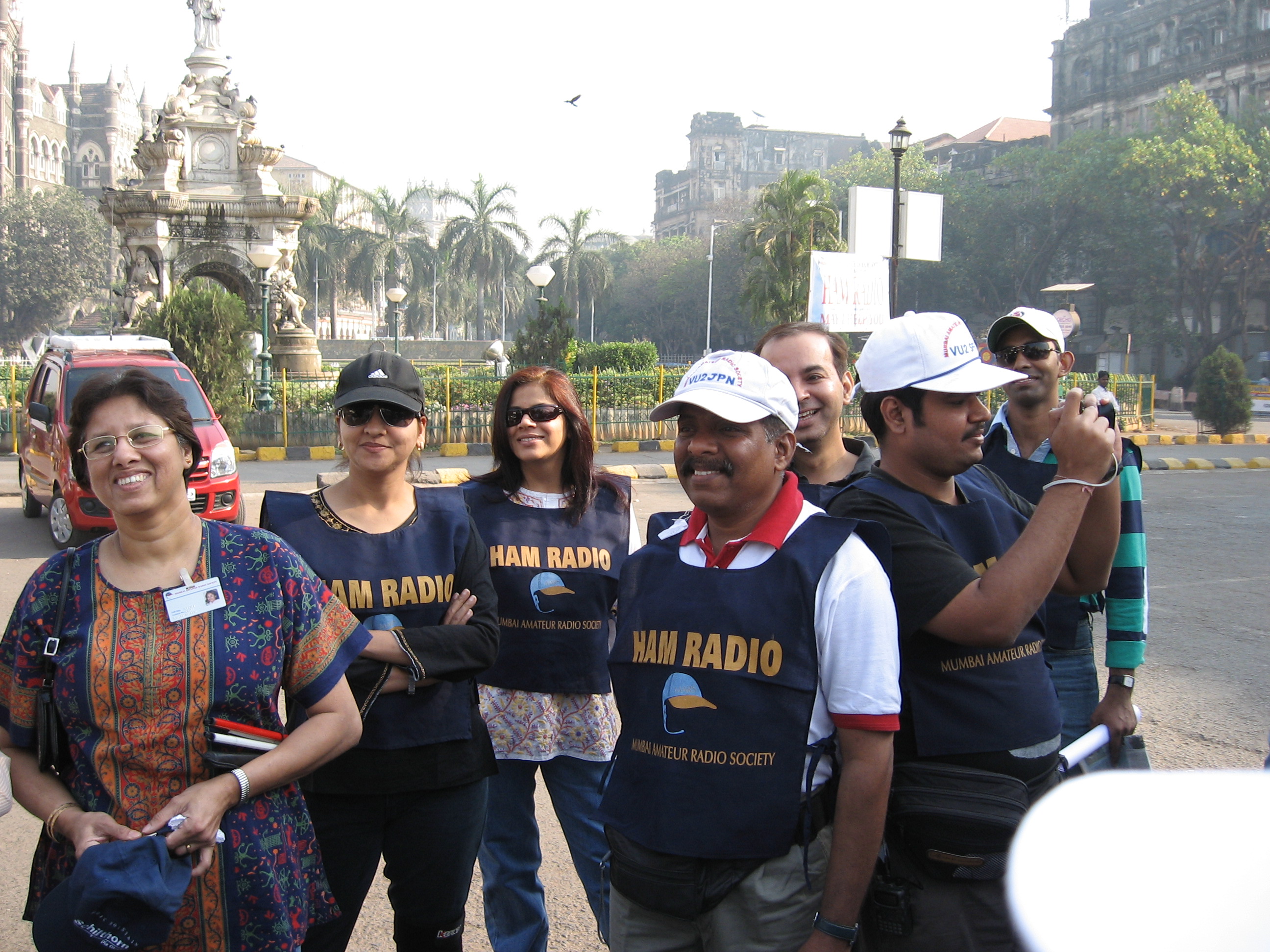 Public figures in India who are licensed ham operators include the president (VU2SON), Bollywood actor (VU2AMY), and a former Minister for Information Technology, (VU2DMK).

With the outbreak of in 1939, the British cancelled the issue of new licences.

Partly due to low awareness among the general population and prohibitive equipment costs, the number of licensed amateur radio operators did not increase significantly over the next two decades, numbering fewer than a thousand by 1970.

Amateur radio operators have played a significant part in disaster management and emergencies. In 1991, during the , a lone Indian ham operator in , provided the only means of communication between stranded Indian nationals in that country and their relatives in India.

To obtain a licence in the first four categories, candidates must pass the examination.

In a 2005 notification, the WPC proposed an amendment to the 1978 Amateur Service Rules in the rationalization of the licence categories to only two: the Amateur Wireless Telegraph Station Licence (General) and the Amateur Wireless Telegraph Station Licence (Restricted). as of|September 2008, amendment has yet to be passed by the .

The (ITU) has divided all countries into three regions; India is located in ITU Region 3. These regions are further divided into two competing zones, the ITU and the CQ. and the come under ITU Zone 41 and CQ Zone 22, and the under ITU Zone 49 and CQ Zone 26. The ITU has assigned to India call-sign blocks 8TA to 8YZ, VUA to VWZ, and ATA to AWZ.

In addition to individual and club call-signs, the WPC allots temporary call-signs for contests and special events. For example, in November 2007, the WPC temporarily allotted the prefixes "AT" and "AU" to selected ham operators to mark the anniversary of the birth of radio scientist .

The (ARSI), based in Chennai, is a founded in 1954 that represents the interests of amateur radio operators before the India government, provides technical advice and assistance to amateur radio enthusiasts, and supports a number of educational programs throughout the country. ARSI is India's representative at the .

Another notable organization is the non-governmental (NIAR), based in Hyderabad. NIAR was established by the Ministry of Communications in 1983 to promote amateur radio in India. NIAR is also involved in amateur radio educational programs in the country and sponsors several DX-peditions.

The following 14 frequency bands are permitted by the WPC for use by amateur radio operators in India.

Indian amateur radio operators number just 16,000 for a population of 1.2 billion, or less than 0.002 percent of the population. Factors for the low numbers include low awareness, high equipment cost, and bureaucratic procedures in obtaining a licence where obtaining a licence can take over a year. After decades of lobbying to include ham radio in school syllabi, efforts paid off in 2006 after the (CBSE) included ham radio in the chapter of Emergency communications on the subject of Disaster Management.

Amateur radio clubs across the country many join the hobby by organizing courses in preparation for the . The government-funded NIAR is one such organization that actively promotes the hobby by holding regular classes. The , an apex body for science popularization under the Department of Science and Technology of the Government of India coordinates simulated disaster communication exercises and also organizes trainings to help people getting ham radio licenses in areas vulnerable to natural calamities.

Popular events and activities include , s, s, , s, Contesting, s, Light House operation, and Islands on Air. One of the most popular activities is Amateur Radio Direction Finding commonly known as a "foxhunt". Several clubs across India regularly organize foxhunts in which participants search for a hidden transmitter around the city.

s, where amateur radio operators "check into" are regularly conducted across India. Airnet India, Charminar Net, Belgaum Net, and Nite Owl's Net are some of the well-known ham nets in India. Some amateur radio operators have also provided a service of downloading and decoding satellite signals of the weather over India and publishing them on the internet as a public service.