He was born the son of William Stanhope, 2nd Earl of Harrington and Lady Caroline Fitzroy.[1] His maternal grandparents were Charles FitzRoy, 2nd Duke of Grafton and Lady Henrietta Somerset. Henrietta was daughter of Charles Somerset, Marquess of Worcester and Rebecca Child.

Educated at Eton College, Stanhope was commissioned into the Coldstream Guards in 1769.[1] He was briefly Member of Parliament for Thetford and then for Westminster.[1] During the Saratoga campaign of the American Revolutionary War as Viscount Petersham, Charles Stanhope commanded the 29th Regiment of Foot's Grenadier company and as an aide-de-camp to General John Burgoyne.[1]

Viscount Petersham can be seen in the famous painting "The Burial of General Fraser at Saratoga" standing above Simon Fraser. 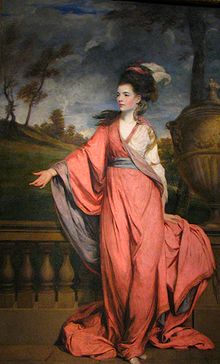