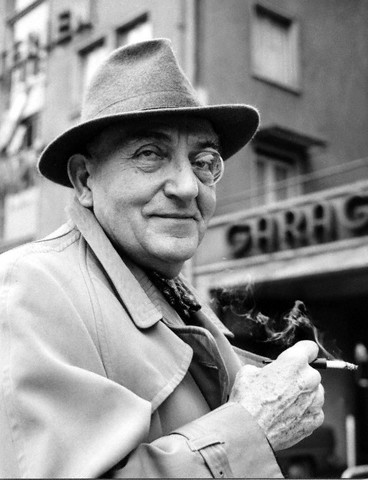 Friedrich Christian Anton "Fritz" Lang (, &ndash; , ) was an n-German-American , and occasional [ [http://www.leninimports.com/fritz_lang.html#partone] Fritz Lang Biography] [ [http://www.imdb.com/name/nm0000485/bio] "Fritz Lang was born in Vienna, Austria, in 1890... ...In early 1918, he was sent home shell-shocked and acted briefly in Viennese theater before accepting a job as a writer at Erich Pommer's production company in Berlin."] . One of the best known "émigrés" from 's school of Expressionism, he was dubbed the "Master of Darkness" by the BFI. [ [http://www.bfi.org.uk/features/lang/ BFI | Features | Fritz Lang | Master of Darkness ] ] His most famous films are the groundbreaking "Metropolis" (the world's most expensive silent film at the time of its release) and "M", made before he moved to the .

Friedrich Lang was born in , in what was then , to Anton Lang (, &ndash;1940), an architect and construction company manager, and Pauline "Paula" Schlesinger (, &ndash;1920) on December 5, 1890. He was the second of two sons (his brother Adolf was nearly seven years older). Both his father and his mother were practicing Roman Catholics, although his mother was and converted to Catholicism when Fritz was ten. [ [http://www.adherents.com/people/pl/Fritz_Lang.html The religion of director Fritz Lang ] ] Lang himself was baptized at the Schottenkirche in .

After finishing high school, Lang briefly attended the , where he studied civil engineering and eventually switched to art. In 1910 he left to see the world, traveling throughout and and later and the area. In 1913, he studied painting in , . The next year, he returned home to at the outbreak of the . In January 1914, he was drafted into service in the Austrian army and fought in and during , where he was wounded three times.Fact|date=July 2008

While recovering from his injuries and shell shock in 1916, he wrote some scenarios and ideas for films. He was discharged from the army with the rank of lieutenant in 1918 and did some acting in the Viennese theater circuit for a short time before being hired as a writer at , 's -based production company.

His writing stint was brief, as Lang soon started to work as a director at the German film studio Ufa, and later , just as the Expressionist movement was building. In this first phase of his career, Lang alternated between s such as "" (Destiny, literally "Tired Death") and populist thrillers such as "" (Spiders), combining popular genres with Expressionist techniques to create an unprecedented synthesis of popular entertainment with art cinema. In 1920, he met his future wife, the writer and actress . She and Lang co-wrote the scripts for 1922's "" (Dr. Mabuse the Gambler), which ran for four hours in two parts in the original version and was the first in the trilogy, 1924's "", the famed 1927 masterpiece "Metropolis", and the 1931 classic, "M", his first "talking" picture.

Although some consider Lang's work to be simple , he produced a coherent that helped to establish the characteristics of "", with its recurring themes of psychological conflict, paranoia, fate and moral ambiguity. His work influenced filmmakers as disparate as and .

In 1931, between "Metropolis" and "", Lang directed what many film scholars consider to be his masterpiece: "M", a disturbing story of a child murderer ( in his first starring role) who is hunted down and brought to rough justice by Berlin's criminal underworld. "M" remains a powerful work; it was remade in 1951 by , but this version had little impact on audiences, and has become harder to see than the original film.

Lang epitomized the stereotype of the tyrannical German film director such as and ; he was known for being hard to work with. During the climactic final scene in "M", he allegedly threw Peter Lorre down a flight of stairs in order to give more authenticity to Lorre's battered look. He even wore a that added to the stereotype.

Many of the rumours about Lang's life and career are hard to verify. One rumour, perhaps the most famous of all, has it that called Lang to his offices for a meeting in which he gave Lang two pieces of news: the first was that his most recent film, "Das Testament des Dr. Mabuse" ("The Testament of Dr. Mabuse", 1933) was being banned as an incitement to public disorder. The second was that he was nevertheless so impressed by Lang's abilities as a filmmaker, he was offering Lang a position as the head of German film studio UFA. Lang had been, unbeknownst to Goebbels, already planning to leave Germany for Paris, but the meeting with Goebbels ran so long that the banks were closed by the time it finished, and Lang fled that night without his money, not to return until after the war.

The problem is that many portions of the story cannot be checked, and of those that can, most are contradicted by the evidence: Lang actually left Germany with most of his money, unlike most refugees, and made several return trips later in the same year. There were of course no witnesses to the meeting besides Goebbels and Lang, but Goebbels's appointment books, when they refer to the meeting, mention only the banning of "Testament". No evidence has been discovered in any of Goebbels's writings to affirm the suggestion that he was planning to offer Lang any position. 's film "Contempt" (1963), in which Lang appeared as himself, presents a bare outline of the story as fact.

Whatever the truth of this story, it is known that Lang did in fact leave Germany in 1934 and moved to Paris, where he filmed a version of 's , starring . This was Lang's only film in French (not counting the French version of "Testament"). He then went to the . Lang's wife , who had started to sympathize with the Nazis in the early 1930s and joined the Nazi party (the ) in 1932, stayed behind. The two were divorced in 1933.

Upon his arrival in , Lang joined the studio and directed the crime drama "Fury". He became a of the United States in 1939. Lang made twenty-one features in the next twenty-one years, working in a variety of genres at every major studio in Hollywood, occasionally producing his films as an independent. These films, often compared unfavourably by contemporary critics to Lang's earlier works, have since been reevaluated as being integral to the emergence and evolution of American genre cinema, "" in particular. One of his most famous "film noirs" is the police drama "" (1953), noted for its uncompromising brutality, especially for a scene in which throws scalding coffee on 's face. During this period, his visual style simplified (owing in part to the constraints of the Hollywood studio system) and his worldview became increasingly pessimistic, culminating in the cold, geometric style of his last American films, "While the City Sleeps" (1956) and "" (1957).

During the 1950s, Lang found it harder to find congenial production conditions in Hollywood and his advancing age left him less inclined to grapple with American backers. The German producer, Artur Brauner, was expressing interest in remaking not only "The Indian Tomb" (a story that Lang had developed in the twenties that was ultimately taken from him by studio heads and directed instead by ) but also Lang's earlier "" pictures.

Fearing that Brauner would proceed with or without his assent, Lang abandoned his plans for retirement and returned to Germany in order to make his "Indian Epic", which is regarded as a masterpiece by a number of film scholars today. Following the production, Brauner was ready to proceed with his remake of "Das Testament des Doctor Mabuse" when Lang approached him with the idea of adding another original film to the series. The result was "" (1960), made in a hurry and with a relatively small budget. It can be viewed as the marriage between the director's early experiences with expressionist techniques in Germany as well as the spartan style already visible in his late American work. Lang was approaching blindness during the production, making it his final project.

Returning to the United States in retirement, he continued collecting research material and drafting screenplays, though he never made another film. While his career had ended without fanfare, his American and later German works were championed by the critics of the "". One "Cahiers" critic, , became a film director and cast Lang in "Contempt" (1963), in addition to considerable critical adulation in the U.S. from critics such as .Fact|date=July 2008

He died in 1976 and was interred in the Forest Lawn - Hollywood Hills Cemetery in .

Lang is a supporting character in the animated movie "". In the movie, he first introduces himself as "Mabuse," but later reveals that Mabuse is actually a character in his film "", and that his real name is Fritz Lang. He resembles the Pride.