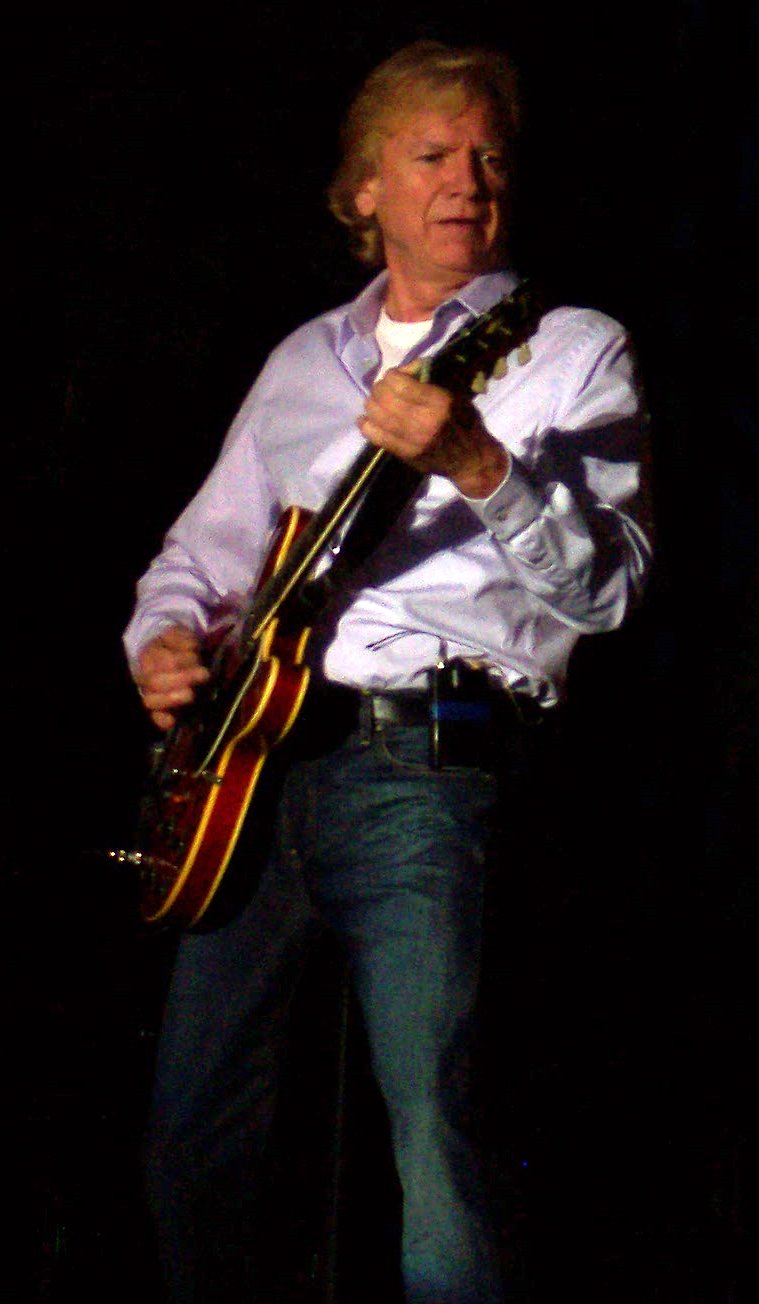 In 1965, Hayward worked with and his wife in The Wilde Three. Aged 17, he signed a with the artist and , - a move that Hayward later regretted as it meant that the rights to all his s written before 1974 would always be owned by Donegan's Tyler Music.

Hayward and Lodge's integration into the Moody Blues sparked greater commercial success and recognition for the band, transforming them into one of the biggest-selling acts.

The 1967 album "", one of the first and most influential albums, spawned the Hayward-penned singles "" and the classic "". The latter record went on to sell over two million copies.

Their sales from 1978 to the present are over 60 million. This is the regularly quoted total of their album sales as the total sales of their albums prior to 1978 is disputed due to erroneous record company data.

In 1974, the Moody Blues decided to take what ended up being a four-year break from performing and recording. Hayward, however, continued working with John Lodge, using musicians and producers from the Moody Blues label, Threshold, and sounding very much like the mother group. Together, they had a hit in 1975 with "Blue Guitar" (which actually was a Hayward recording with the band, ) and released an album entitled "Blue Jays". Hayward has also written four prominent songs with Moodies' , Ray Thomas.

Hayward found international solo success in 1978 when he appeared on the "" , which yielded his hits "Forever Autumn" and "The Eve of the War". Wayne later contributed to Hayward's 1980 album "Night Flight".

In 1989, with producer-arranger , Hayward released "", an album of s written by other composers, set to and arranged by Batt. "Classic Blue" also included a cover version of 's hit song "." His most recent solo album, "", was released in 1996, and a live recording, "Live in San Juan Capistrano" followed in 1998.

Hayward contributed vocals to a song on 's 1999 album, "Return to the Centre of the Earth".

In 2003 he sang most of the songs on another orchestral album, consisting of Moody Blues songs with the Frankfurt Rock Orchestra, "Justin Hayward and Friends Perform the Hits of the Moody Blues" (alternatively titled "Sing The Moody Blues Classic Hits"). Hayward, however, was later involved in a legal dispute, now resolved, as he was not being paid for his participation on the album.

In a recent interview, Hayward and made it clear they have no plans to stop working and regard it as "a privilege" to still be working in the .

For the most part, Hayward has used a red ("main axe"), though he also uses other guitars in both performing and recording, including a 1955 Martin D-28 "Dreadnought", a James Olssen, Black Guild acoustic, (mock) Squier Stratocaster, , a blonde Guild open-tuned 12-string acoustic (for "Question"), and in 1967 a black Les Paul. Between 1965 and 1968 he was without his Gibson 335 and relied on other instruments. He has a pronounced dislike for Ovation guitars.

Hayward was awarded the first of numerous awards for songwriting in 1974. In 1985, the Moody Blues picked up the for Outstanding Contribution to Music, and in 1988 Hayward received the Ivor Novello Award, among other honours, for Composer of the Year (for "I Know You're Out There Somewhere"). In 2000, he was one of only a handful of British artists to receive the "Golden Note" award for lifetime achievement by the American Society of Songwriters, Composers and Publishers. In 2004, Hayward was awarded the "Gold Badge" for lifetime achievement by the British Academy of Songwriters, Composers and Authors.