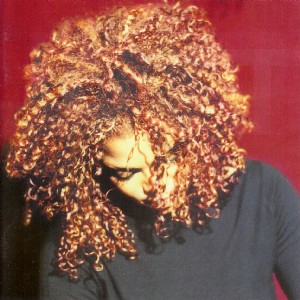 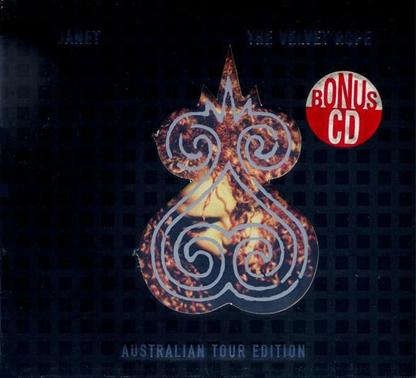 "The Velvet Rope" is the sixth by American , released on , by . The album was the fourth to be produced by Jimmy Jam and Terry Lewis; Jackson and her then-husband served as executive producers. Jackson co-produced the rhythmic arrangements with Jam and Lewis and all four producers shared co-writing credits. In 1996, Jackson renewed her recording contract with Virgin Records for unprecedented $80 million dollars, establishing her as the then-highest paid recording artist in contemporary music.

During the two years prior to the release of "The Velvet Rope", Jackson struggled with a long-term case of depression and frequently took time off during the recording of the album or abruptly left the studio during recording sessions. "The Velvet Rope" became a based on Jackson's embrace and disillusionment with her status as a celebrity. Though Jackson introduced sexuality into her music with her previous album "janet.", "The Velvet Rope" takes the concept a step further, with lyrics that are sexually explicit. became the underlining theme of the album and its title track, "Velvet Rope".

"The Velvet Rope" debuted at number one on the "Billboard" 200, becoming Jackson's fourth consecutive album to top the chart. Despite the being one of Jackson's most critically acclaimed albums, sales of "The Velvet Rope" did not match the commercial breakthrough of its predecessor, "" (1993). The has certified "The Velvet Rope" 3x platinum in 1998 and the album has sold over three million copies in the US alone.

In January, 1996, Jackson renewed her recording contract with Virgin Records for an then-unparalleled $80 million dollars.

During the two year period between the end of the in 1995 and the release of Jackson's sixth studio album "The Velvet Rope" in 1997, the entertainer had been battling a long-term case of depression.

The concept behind the album's title "The Velvet Rope" is both a literal depiction of the velvet ropes commonly used to separate crowds of fans, spectators, and media personnel from celebrities, and according to Jackson, the metaphorical velvet rope within every human being which keeps their true feelings separated from those around them. [Citation |last1=Gill |first1=Andy | title=Pop on Record: Janet The Velvet Rope| newspaper= | pages=17 | year=1997 | date=]

"Together Again" is an homage to loved ones Jackson has lost to AIDS as well as AIDS victims and their families worldwide. Jackson was reportedly inspired to write the song from her own personal experience, as well as a piece of fan-mail she received from a young boy in England who had lost his father.

Jackson chose "Together Again" for the finale of her tour's concert line up because of the energy it generated with the audience. Jam stated, " [o] pening night... when she hit the very first notes, the whole crowd started singing and practically drowned her out... Everyone can relate to someone in their life passing away or feeling like they want to be together again with somebody."

"The Boston Globe"'s Michael Saunders described "The Velvet Rope" as a "low-key, surprisingly good return to form for Miss Janet, a disc that will stand up to her previous gems". [Citation |last= Saunders |first= Michael | title=1997's TOP 10 CDs / Rock/Pop Boston Globe critics have been making their lists, and checking them twice... | newspaper=The Boston Globe | pages=N8 | year=1997 | date=] The "" pop music critic, Robert Hilburn, stated " [t] he theme here is the ways social and psychological forces separate us and make us all feel as if we are on the wrong side of the velvet rope in some area of our life. But don't feel guilty if you lose track of the plot and just fall under the spell of all the pop and hip-hop delights that Jackson and co-producers Jimmy Jam and Terry Lewis have given us". [Citation |last=Hilburn |first=Robert| title=Pop Music: Rock / Country / R&B / Rap / Latin / Jazz; $50 Guide; They Write The Songs; Home Edition | newspaper=Los Angeles Times | pages=70 | year=1997 | date=] J.D. Considine of "" complimented Jackson's resolve to sing about sex as if "its a fact of life" and asserted "it's a mistake to judge this album on the basis of its lyric sheet".

"Rolling Stone" described "The Velvet Rope" as "part of a continuum, building from the self-empowering manifesto Control, the skin-deep social consciousness of Rhythm Nation and the hypersexual make-over of Janet".

Craig S. Semon of the"Telegram & Gazette-Worcester" remarked, "Jackson shows once again that she can compete against any of the lightweight, mega-selling pop divas and hang them out to dry".

Neil McCormick of "" condemned Jackson's attempt at expressing the pains of depression, as he stated "Janet mistakes platitudes for wisdom, [as] the suffering artist informs us there is nothing more depressing than "having everything and still feeling sad". She should try getting out more. A couple of weeks on a crack-addled Bradford housing estate trying to support eight children on state benefits would doubtless send her scurrying back to the cordon sanitaire of Beverly Hills, where she can take out her woes on an expensive analyst".

Stephen Thomas Erlewine of , criticized the album for Jackson's attempt to "essentially [rework] the hushed atmosphere of janet., [while] neglecting to put a new sonic spin on the material".

"The Velvet Rope" debuted at number one on the "Billboard" 200, and at number two on the chart, selling 202,000 copies in its first week.