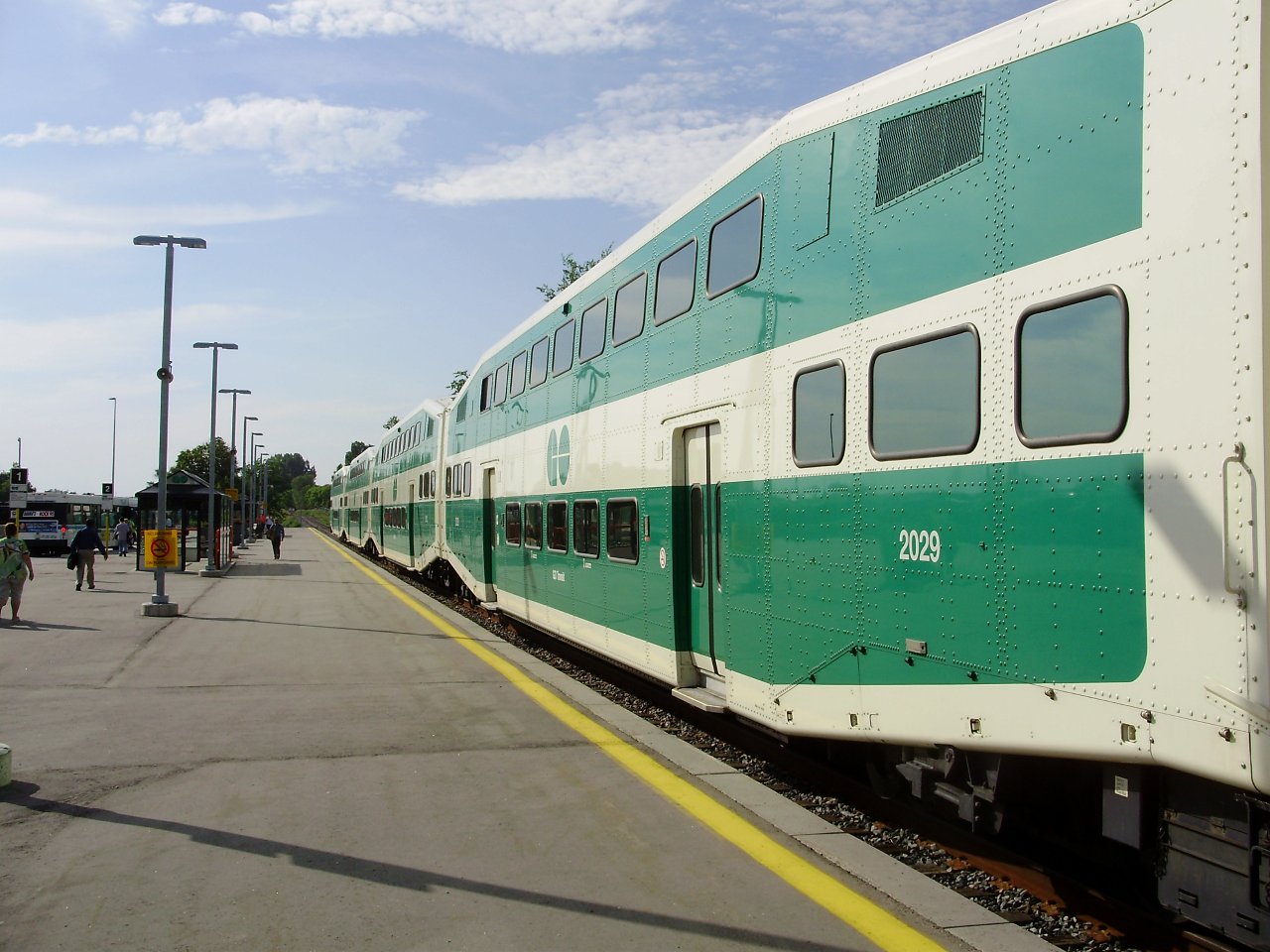 Barrie is one of the seven train lines of the system in the , , . It extends from Union Station in in a generally northward direction to , and includes ten stations along its convert|95|km|mi|0 route.

From 1982 to 1990 and again from 1993 to 2007, it was known as the Bradford line, as that community then constituted the line's terminus. With the opening of the Barrie South station on , , the Barrie nomenclature was again restored.

Train service to through Bradford was once provided by , which was required to operate this service by the . Service began on , , and responsibility for the operation was transferred to in 1978.

On , , GO Transit added a second train to the line. In the early 2000s, GO Transit opened four new stations on the line: Rutherford on , ; York University on September 6, 2002

On , , GO Transit issued a press release stating that the number of trains on the line would be expanded to four for the morning southbound trip, and four for the afternoon return.

On , , GO Transit announced the construction of a bridge at the Snider diamond,

GO Transit received some federal and provincial funding to extend the Bradford rail line to Barrie. The new station, named Barrie South GO Station, is located at the southern end of the city. Construction of the station began in June 2007, and it opened on , .

The government of Ontario announced funding to for network expansion on , which included $20 million to build a second track to enable all-day two-way service between Union Station and Newmarket, possibly extending to East Gwillimbury station.

Should the expansion of the TTC's Yonge-University-Spadina line proceed as planned, a new GO station would likely be built to interchange with the new Sheppard West subway station; this would not be until at the earliest.Fact|date=December 2007