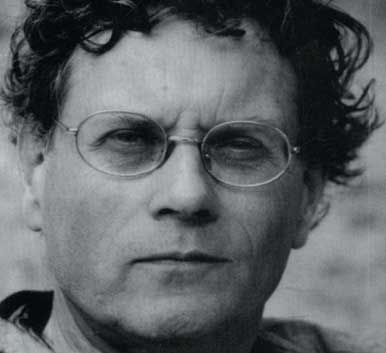 Guattari was born in Villeneuve-les-Sablons, a working-class suburb of north-west Paris, France. ["Felix Guattari: A Chronology" in Felix Guattari, "The Three Ecologies", Trans. Ian Pindar and Paul Sutton, London: Athlone, 2000, p. ix.] He trained under, and was analysed by, the in the early 1950s. Subsequently, he worked at the experimental psychiatric clinic of under the direction of Lacan's pupil, the psychiatrist . One particular novel orientation developed at La Borde consisted of the suspension of the classical master-patient, or analyst/analysand binome, in favour of open confrontation in group therapy. It was the practice of group-therapy and the study of the dynamics of a plurality of subjects in complex interaction, rather than the individualistic style of analysis of the traditional Freudian school, which in turn led him into a larger philosophical exploration of and political engagement with as vast an array of domains as possible (, , , , etc.,) in order to better define the orientation, delimitation and psychiatric efficacy of the practice. [Brian Massumi, Foreword to "A Thousand Plateaus: Capitalism and Schizophrenia", Athlone Press, London 1988 p.x]

Guattari would later proclaim that psychoanalysis is "the best capitalist drug" ["The Best Capitalist Drug" (Trans. Janis Forman) in Felix Guattari, "Chaosophy", New York: Semiotext(e), 1995, pp. 209-224.] because in it desire is confined to a couch: desire, in Lacanian psychoanalysis, is an energy that is contained rather than one that, if freed, could militantly engage itself in something different. He continued this research, collaborating in Jean Oury's private clinic of La Borde at Court-Cheverny, one of the main centers of institutional psychotherapy at the time. La Borde was a venue for conversation amongst innumerable students of philosophy, psychology, ethnology, and . La Borde was Félix Guattari's principal anchoring until he died of a heart attack in 1992.

From 1955 to 1965, Félix Guattari animated the group "Voie Communiste" ("Communist Way"). He would then support struggles as well as the Italian "Autonomists". Guattari also took part in the movement of the psychological G.T., which gathered many psychiatrists at the beginning of the sixties and created the Association of Institutional Psychotherapy in November 1965. It was at the same time that he founded, along with other militants, the F.G.E.R.I. (Federation of Groups for Institutional Study & Research) and its review research, working on philosophy, mathematics, psychoanalysis, education, architecture, ethnology, etc. The F.G.E.R.I. came to represent aspects of the multiple political and cultural engagements of Félix Guattari: the Group for Young Hispanics, the Franco-Chinese Friendships (in the times of the popular communes), the opposition activities with the wars in Algeria and Vietnam, the participation in the M.N.E.F., with the U.N.E.F., the policy of the offices of psychological academic aid (B.A.P.U.), the organisation of the University Working Groups (G.T.U.), but also the reorganizations of the training courses with the Centers of Training to the Methods of Education Activities (C.E.M.E.A.) for psychiatric male nurses, as well as the formation of Friendly Male Nurses (Amicales d'infirmiers) (in 1958), the studies on architecture and the projects of construction of a day hospital of for "students and young workers".Views needing attribution|date=October 2007

Guattari was involved in the , starting from the . It was in the aftermath of 1968 that Guattari met at the and began to lay the ground-work for the soon to be infamous "" (1972), which described as "an introduction to the non-fascist life" in his preface to the book. Throughout his career it may be said that his writings were at all times correspondent in one fashion or another with sociopolitical and cultural engagements. In 1967, he appeared as one of the founders of OSARLA (Organization of solidarity and Aid to the Latin-American Revolution). It was with the head office of the F.G.E.R.I. that he met, in 1968, , , and . In 1970, he created C.E.R.F.I. (Center for the Study and Research of Institutional Formation), which takes the direction of the Recherches review. In 1977, he created the CINEL for "new spaces of freedom" before joining in the 1980s the movement with his "".Views needing attribution|date=October 2007

In his last book, "Chaosmose" (1992), the topic of which is already partially developed in "What is Philosophy?" (1991, with Deleuze), Félix Guattari takes again his essential topic: the question of subjectivity. "How to produce it, collect it, enrich it, reinvent it permanently in order to make it compatible with mutant Universes of value?" This idea returns like a leitmotiv, from "Psychanalyse and transversality" (a regrouping of articles from 1957 to 1972) through "Années d'hiver" (1980 - 1986) and "Cartographies Schizoanalytique" (1989). He insists on the function of "a-signification", which plays the role of support for a subjectivity in act, starting from four parameters: "significative and flows, Phylum of Machinic Propositions, Existential Territories and Incorporeal Universes of Reference."Views needing attribution|date=October 2007

In 1995, the posthumous release "Chaosophy" featured Guattari's first collection of essays and interviews focuses on the French anti-psychiatrist and theorist's work as director of the experimental La Borde clinic and collaborator of philosopher Gilles Deleuze. "Chaosophy" is a groundbreaking introduction to Guattari's theories on "schizo-analysis", a process meant to replace 's interpretation with a more pragmatic, experimental, and collective approach rooted in reality. Unlike Freud, Guattari believes that is an extreme mental state co-existent with the capitalist system itself. But capitalism keeps enforcing as a way of maintaining normality. Guattari's post-Marxist vision of capitalism provides a new definition not only of mental illness, but also of micropolitical means of subversion. It includes key essays such as "Balance-Sheet Program for Desiring Machines," cosigned by Deleuze (with whom he coauthored Anti-Oedipus and A Thousand Plateaus), and the provocative "Everybody Wants To Be a Fascist."

"Soft Subversions" is another collection of Félix Guattari's essays, lectures, and interviews traces the militant anti-psychiatrist and theorist's thought and activity throughout the 1980s ("the winter years"). Concepts such as "micropolitics," "schizoanalysis," and "becoming-woman" open up new horizons for political and creative resistance in the "postmedia era." Guattari's energetic analyses of art, cinema, youth culture, economics, and power formations introduce a radically inventive thought process engaged in liberating subjectivity from the standardizing and homogenizing processes of global capitalism.