World Organization of the Scout Movement

World Organization of the Scout Movement 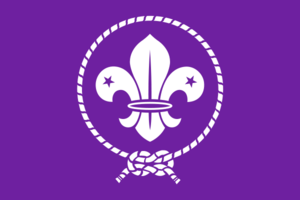 The mission of WOSM is to contribute to the education of young people, through a value system based on the and , to help build a better world where people are self-fulfilled as individuals and play a constructive role in society.

The Conference meets every three years and is hosted by a member association. At the World Scout Conference basic cooperative efforts are agreed upon and a plan of mutual coordination is adopted.

The 39th World Scout Conference will be held in in .

The Committee is composed of 14 members. Twelve, each from a different country, are elected for six-year terms by the World Scout Conference. The members, elected without regard to their nationality, do not represent their country but the interests of the Movement as a whole. The Secretary General and the Treasurer of WOSM are "ex-officio" members of the Committee. The chairmen of the regional Scout committees participate in the World Scout Committee meetings in a consultative capacity. [cite web|url=http://www.scouting.org/international/worldscout.html#wsc
work=WOSM World Scouting|title=World Scouting|accessdate=2006-02-01]

The World Scout Committee has set up work streams to address the top strategic priorities, as defined by the World Scout Conference, which at present include:
* Youth involvement
* Volunteers in Scouting
* Scouting's profile (communications, partnerships, resources)

The is the only distinction awarded by WOSM, awarded by the World Scout Committee for exceptional services to world Scouting. It was first awarded to by a unanimous decision of the then-"International Committee" on the day of the institution of the Bronze Wolf in in 1935.

and has offices in six regional divisions:legend|#D3D3D3|grey areas such as and have no Scouting]

The World Scout Bureau (WSB, formerly the International Bureau) is the secretariat that carries out the instructions of the World Scout Conference and the World Scout Committee. The WSB is administered by the secretary general, who is supported by a small staff of technical resource personnel. The bureau staff helps associations improve and broaden their Scouting by training professionals and volunteers, establishing finance policies and money-raising techniques, improving community facilities and procedures, and assisting in marshaling the national resources of each country behind Scouting. [cite web|url=http://www.scouting.org/international/worldscout.html|work=WOSM World Scouting|title=World Scouting|accessdate=February 2|accessyear=2006]

The staff also helps arrange global events such as the s, encourages regional events, and acts as a liaison between the Scouting movement and other international organizations. A major effort in the emerging nations is the extension of the universal Good Turn into an organization-wide effort for community development. [cite web|url=http://www.scouting.org/Media/FactSheets/02-505.aspx|work=WOSM World Scouting|title=World Scout Bureau fact sheet|accessdate=February 2|accessyear=2006]

The World Organization of the Scout Movement is associated with the three World Scout Centres. The is held roughly every four years under the auspices of the WOSM, with members of WAGGGS also invited. WOSM also organises the , a Jamboree for 17-26 year olds, and has organised the , a gathering for Scout leaders. The is a perpetual fund governed by a separate Board of Governors and supported by donations for the development of Scouting programs throughout the world.

The WOSM is the non-governmental organization (NGO), that represents the Scouting movement at the United Nations.

The WOSM membership badge, called the , is a purple, circular badge with a in the center, surrounded by a piece of rope tied with a (also called a square knot). The fleur-de-lis is an ancient symbol, originally used by Baden-Powell for the enlisted scouts of the British Army and subsequently adopted and modified for Scouting. The arrowhead represents the North point on a compass, and is intended to point Scouts on the path to service and unity. The three points on the fleur-de-lis represent the three duties, to God, self and others. The two five-point stars stand for truth and knowledge, with the ten points representing the ten points of the Scout Law (see below). The bond at the base of the fleur-de-lis shows the family of Scouting. The encircling rope symbolizes the unity and family of the World Scout Movement.

The needs of Scout youth in unusual situations has created some interesting permutations, answerable directly to the World Scout Bureau. For years there was an active with several troops at in , with but 14 members in 1959. Also directly registered to the World Bureau were the 900 member , [cite book| last = Wilson| first = John S.| authorlink = J. S. Wilson| title = Scouting Round the World| edition = first edition| year = 1959| publisher = Blandford Press| location = London| language = English| pages = 134| chapter = The International Bureau Goes on the Road| quote = "At Balboa we met up with Gunnar Berg and Ray Wyland of the B.S.A., also on their way to Bogota, and had a conference about the question of coloured Scouts in the Canal Zone, who claim British and not Panamanian nationality. It was agreed that they should be taken under the wing of the Canal Zone Council of the Boy Scouts of America, but ten years later they were transferred directly under the International Bureau as the International Boy Scouts of the Canal Zone." ] as well as 84 Scouts of the , an early precursor to the .

Publications of WOSM include:
* "Scouting 'Round the World": a book updated every three years with details on all WOSM member organizations;
* " [http://www.scout.org/front/winfoen.shtml WorldInfo] ": a monthly circular distributed in electronic format with the help of .