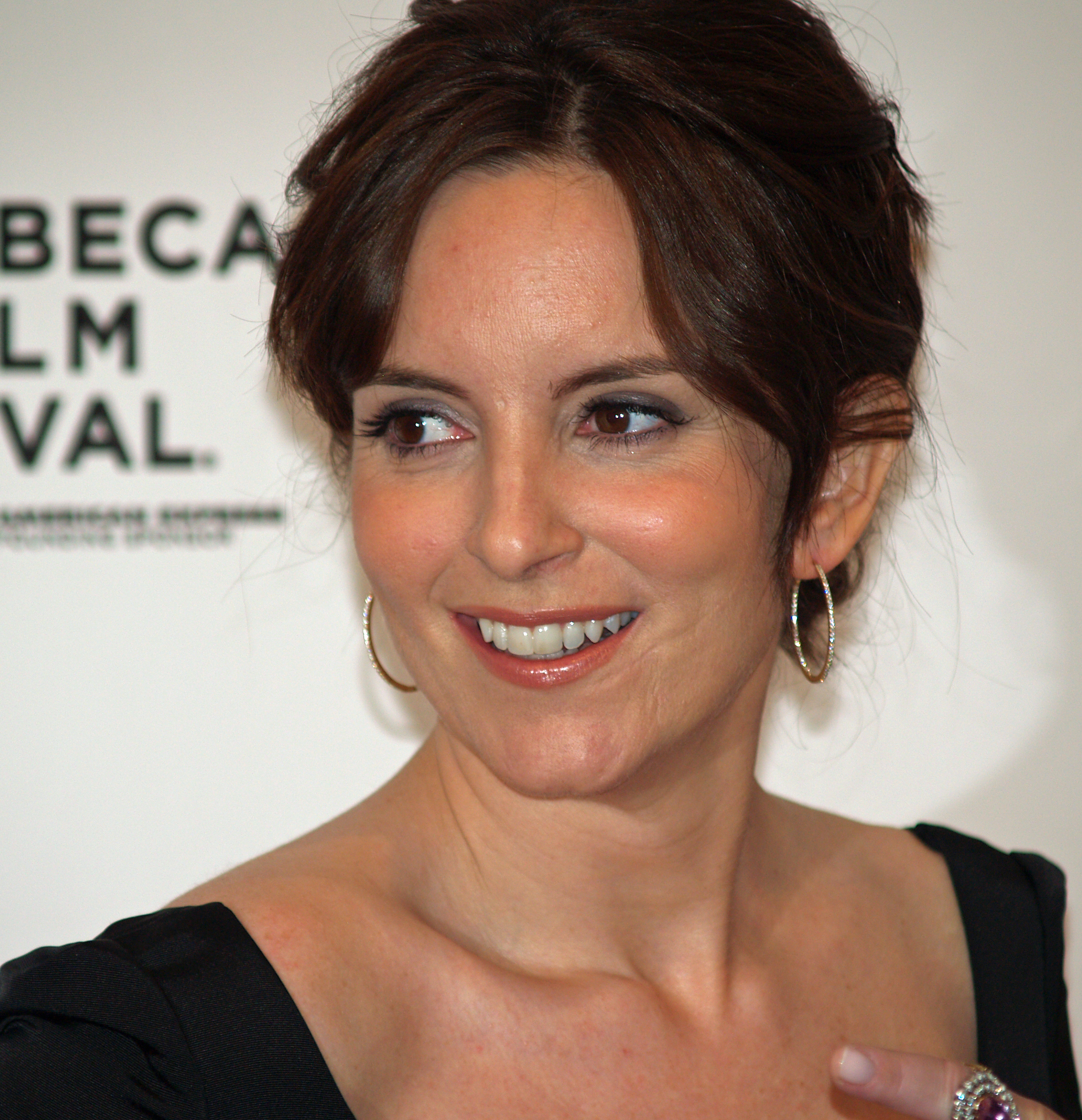 Fey was born in , a suburb of Philadelphia, the daughter of Zenobia "Jeanne" (née Xenakes), [cite web|url=http://www.accessmylibrary.com/coms2/summary_0286-7616555_ITM|title=A `grounded' Tina Fey expands her territory to movies|publisher=The Philadelphia Inquirer|accessdate=2008-09-21] [Fey revealed on Rachel Ray that her mother was born as Zenobia, but the name was changed at school to Jean/Jeanne due to difficulty of pronunciation -hence Fey's own daughter's middle name is Zenobia.] a employee, and Donald Fey, a university grant proposal-writer. [Cite web | title = Tina Fey - Biography | work = The Internet Movie Database | accessdate = 2007-11-17 | url = http://www.imdb.com/name/nm0275486/bio ] Fey's father is of German and Scottish ancestry and her mother .

After Fey graduated from the with a B.A. in Drama in 1992, she moved to Chicago in order to take night classes at .

By 1994, she was invited to join the cast of The Second City, where she performed in the Jeff Award-winning "Paradigm Lost". Improvisation became an important influence on her initial understanding of what it means to be an actress, as she noted in an interview for "The Believer" in November 2003:

While in Chicago, she also made what she later described as an "amateurish" attempt at .

With then-head-writer 's help, Fey became a writer for 's "" ("SNL") in 1997. By 1999, Fey was SNL's first female , a milestone she downplays in light of the fact that there have not been very many head writers.

The season was her last, as she thereafter departed to develop "30 Rock".

She is also credited with:
* Colonel Angus, portrayed by in a sketch filled with on the colonel's name
* Mom Jeans commercial
* "Talkin 'Bout 'Ginas" (Parody of "")
* "Old French Whore!" (game show parody with teens paired with old French prostitutes)
* "" ( questions a clueless )

In 2000, Fey and became co-anchors of "SNL's Weekend Update", a pairing that ended in May 2004 when Fallon last appeared as a cast member. (Fey also was co-writer of the "Weekend Update" segment). Fallon was replaced by . It was the first time that two women co-anchored "Weekend Update". [cite news|url=http://www.latimes.com/entertainment/la-ca-feypoehler20apr20,0,863720.story|title=Fey and Poehler gamble with 'Baby Mama'|last=Brownfield|first=Paul|date=2008-04-20|publisher="LA Times"|accessdate=2008-05-21]

On February 23, 2008, Fey hosted the first episode of "SNL" after the , becoming the third female cast member to return and host.

On the 34th season premiere episode, aired September 13, 2008, Fey returned to "SNL" in the role of Republican Vice Presidential nominee , alongside as . Their repartee included Clinton needling Palin about her "Tina Fey glasses". It quickly became 's most-watched ever, with 5.7 million views by the following Wednesday.

On September 27, she reprised her role as Palin, parodying the interview with , who was played by Poehler. Portions of the skit were direct quotes and gestures from interviews with Couric on September 24. On October 4, she played the role of Palin at the 2008 vice-presidential debate, with playing Democratic Vice Presidential nominee and as moderator . SNL executive producer , referring to the 50% audience increase in the 34th season, told the "New York Times", “I think the gods smiled on us with the Palin thing.”

The show made its debut with mostly positive reviews but weak ratings; ratings improved when NBC moved it to the Thursday night "" comedy block. NBC renewed the series for a second season, which began in October 2007. [cite web|url=http://www.msnbc.msn.com/id/17955445/|title=‘30 Rock’ renewed by optimistic NBC|date=2007-04-08|publisher=msnbc.msn.com|accessdate=2008-05-21]

So far, Fey has independently written eight episodes of "" and co-written four episodes. They are:

As a recurring guest on "", Fey had a running gag in which she would plug upcoming films that didn't really exist, substituting the promised clips with intentionally obviously unrelated footage. However, in 2004, she made her feature film debut as writer and co-star of "". Characters and behaviors in the movie are based on Fey's high school life [Cite interview | interviewer = Tonisha Johnson | last = Fey | first = Tina | title = Blackfilm.com interview with Tina Fey | accessdate = 2007-11-17 | date = 2004-04 | url = http://www.blackfilm.com/20040423/features/tinafey.shtml ] at and on the book "" by . The cast includes other present and past cast members of "SNL" including , , and . She also made a voice cameo in the animated film "" as the team's mother, a giant .

Fey and former SNL castmate Amy Poehler starred in "Baby Mama", released April 25, 2008 and written and directed by . The plot concerns a business woman (Fey) who wants a child but discovers she has only a million-to-one chance of getting pregnant then decides to find a surrogate, "Angie" (Poehler), a white-trash schemer. The movie had mixed reviews, with a rating of 62% at Rottentomatoes.com, and has made over $60 million dollars to date. [cite web|url=http://www.rottentomatoes.com/m/baby_mama/ |title=Baby Mama Movie Reviews, Pictures - Rotten Tomatoes |publisher=Rottentomatoes.com |date= |accessdate=2008-09-21]

As of April 2006, Fey was working on a script for a film by the name of "Curly Oxide and Vic Thrill" that is said to be based loosely on the true story of a rock musician.

In 2000, Fey partnered with fellow "SNL" cast member in the critically acclaimed

Fey appeared as a guest judge on the November 25, 2007 episode of the program . She has appeared in Disney's campaign "Year of a Million Dreams" as , along with as and as . [ [http://disneyparks.disney.go.com/disneyparks/en_US/index?name=Gallery Celebrity Photos Show Where Dreams Come True] from the Disney Parks & Resorts website within ] She has also done commercials for credit card. [cite web|url=http://home3.americanexpress.com/corp/pc/2007/tfey.asp|title=Writer, Performer Tina Fey Joins American Express' "Are You a Card Member?" Campaign|date=2007-09-05|publisher=americanexpress.com|accessdate=2008-05-21]