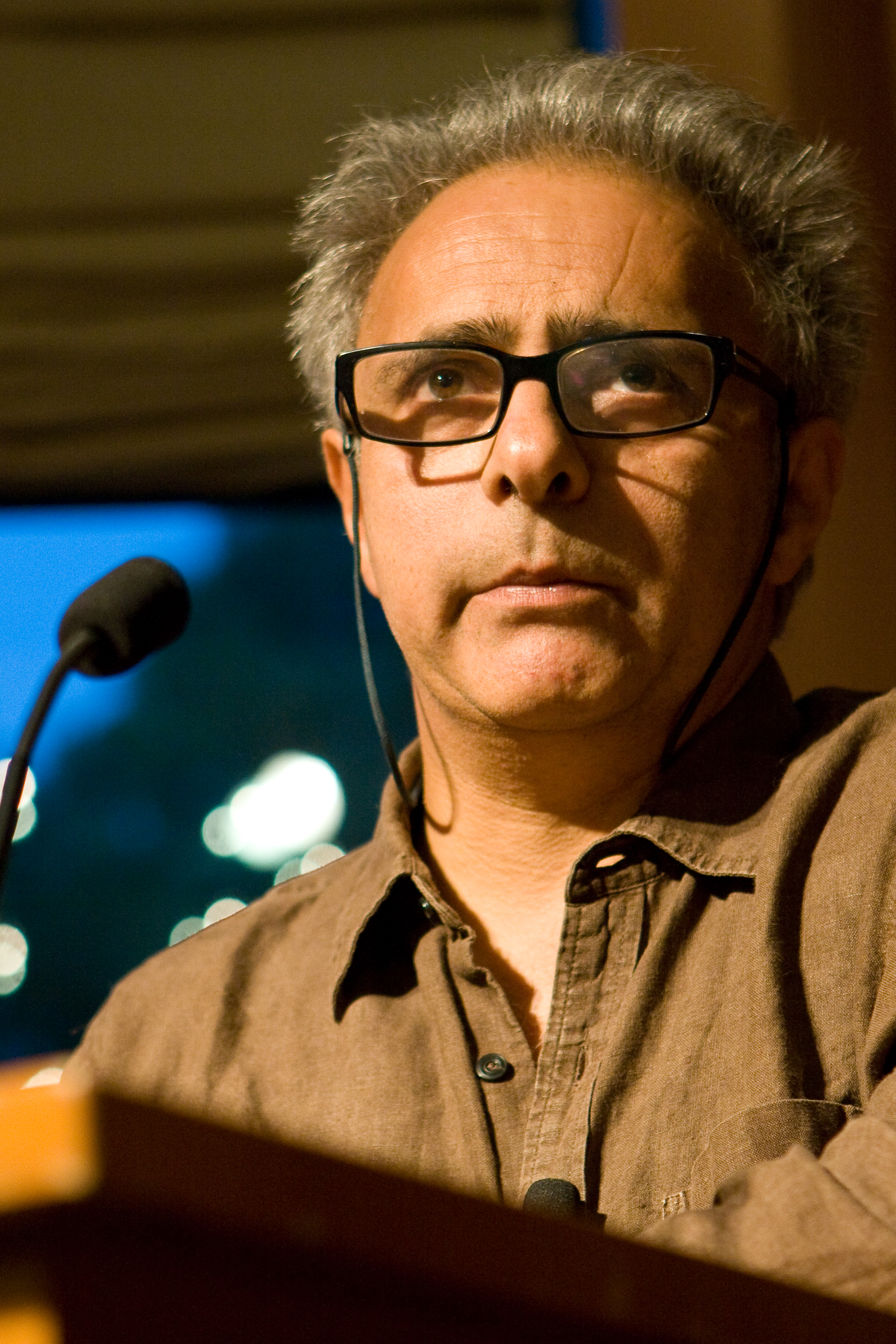 Hanif Kureishi (born , ) is an English , and , ist and . The themes of his work have touched on topics of race, , , and sexuality.

Kureishi was born in to a i father and an English mother. His father, Rafiushan, was from a wealthy Madras family, most of whose members moved to Pakistan after the Partition of India in 1947. He came to Britain to study law but soon abandoned his studies and later worked at the Pakistan Embassy. After his father and mother (Audrey Buss) married the family settled in Bromley where Kureishi was born.

He attended Bromley Technical High School where David Bowie had also been a pupil and after taking his A levels at a local sixth form college, he spent a year studying philosophy at Lancaster University before dropping out. Later he attended and took a degree in . His most famous work is "", a screenplay about a gay Pakistani-British boy growing up in 1980's London for a film directed by . It won the Film Critics Best Screenplay Award and an Academy Award nomination for Best Screenplay.

His book "The Buddha of Suburbia" (1990) won the Whitbread Award for the best first novel, and was also made into a television series with a soundtrack by .

The next year, 1991, saw the release of the feature film entitled "London Kills Me"; a film written and directed Kureishi.

His novel, "Intimacy" (1998) revolved around the story of a man leaving his wife and two young sons after feeling physically and emotionally rejected by his wife. This created certain controversy as Kureishi himself had recently left his wife and two young sons. It is assumed to be at least semi-autobiographical. In 2000/2001 the novel was adapted to a movie "Intimacy" by , which won two Bears at the : a Golden Bear for Best Film, and a Silver Bear for Best Actress (). It was controversial for its unreserved sex scenes. The book was translated into Persian by in 2005.

His family have accused him of exploiting them with thinly disguised references to them in his work and went on record to deny the claims. His sister Yasmin has accused him of selling her family "down the line". She wrote, in a letter to , that if her family's history had to become public she would not stand by and let it be "fabricated for the entertainment of the public or for Hanif's profit" [citation needed] . She says that his description of her family's working class roots are fictitious. Their grandfather was not "cloth cap working class", their mother never worked in a shoe factory, and their father, she says, was not a bitter old man.

Yasmin takes up issues with her brother not merely for his thinly disguised autobiographical references in his first novel, Buddha of Suburbia, but also for the image about his past that he portrays in newspaper interviews. She wrote: "My father was angry when the Buddha of Suburbia came out as he felt that Hanif had robbed him of his dignity, and he didn't speak to Hanif for about a year."

Kureishi's drama "The Mother" was adapted to a movie by , which won a joint First Prize in the section at . It showed a cross-generational relationship with changed roles: a seventy-year-old English lady and grandmother (played by ) who seduces her daughter's boyfriend (played by ), a thirty-year-old craftsman. Explicit sex scenes were shown in realistic drawings only, thus avoiding censorship.

His latest novel, "Something to Tell You", was published in 2008.

Kureishi is married and has a pair of twins, a younger son, and a parrot called Amis.