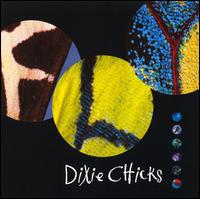 
"Fly" is the fifth by American country band , released in (see ). The album was very successful for the group receiving diamond status by the on , in the , having shifted 10 million units. [ [http://www.riaa.com/gp/bestsellers/diamond.asp RIAA Bestsellers] ] The album debuted and peaked at #1 on the .

The tracks "Ready to Run", "Cowboy Take Me Away", "Goodbye Earl", "Cold Day in July", "Heartbreak Town", "Some Days You Gotta Dance" and "If I Fall You're Going Down with Me" were all released as singles; "Sin Wagon" also charted without officially being released. "Some Days You Gotta Dance" was previously recorded by The Ranch, a short-lived country trio founded by in the late 1990s. Urban plays guitar on the Dixie Chicks' rendition.