imagesize=
caption=
pronunciation=
gender = Both
meaning =
region =
origin =
related names = , , ,
footnotes = The given name is either in reference to the English common name for the juniper tree or berry, or in reference to a derivation of the Welsh name Guinevere. Juniper has historically been used as both a boys and girls name. Juniper has never been on the top 1000 list of given names in the United States, but is an increasingly popular girls name likely due to the popularity of a wide assortment of well-known fictional works, including the cartoon series "The Adventures of Juniper Lee," the movie "Benny and Joon" (where the Joon character was short for Juniper), and the novel "Juniper, Gentian and Rosemary."

The Juniper tree's name is derived from the Latin word juniperus. In Latin, juniperus is combination of the word "junio," which means young, and "parere," to produce, hence youth producing, or evergreen. [ [http://www.uvm.edu/~jshane/plant-id/names/names.html#J University of Vermont: Derivation of Scientific Names ] ] The names Genefer, Jenefer and Jinifer (all old English variants for juniper), [Richard Oliver Heslop, [http://www.openlibrary.org/details/northumberlandv229hesluoft Northumberland Words] ", 1892-94: see Ginifer & Jinifer.] Geneva (French variant of genevrier), Geneviève (French variant), [ [http://books.google.com/books?id=rxSjPbuGWt8C&pg=PA24&dq=genevieve+juniper&sig=1-h4wCwH9HLpKPWzs9YrbWRO52E Ernest Weekley, Words and Names, Page 24] ] Ginepro (Italian for Juniper), Ginevra (Italian variant form of Juniper), and Ginny are other names that also refer to the Juniper tree. The Welsh name Guinevere is a variant spelling of Gwenhwyfar, which in Welsh is a combination of the word "gwen," which means white or fair and "hwyfar" which means a spirit or fairy. This is also the same origin for a name that is similar sounding to Juniper: Jennifer.

Because the Latin Juniperus family of names are the same or very similar sounding to the Welsh Guinevere family of names, it is very difficult to determine, for names that begin with gin-, jen-, or jun-, which family they ultimately originated with.

*Ginny: The name for the spirit gin is an English derivation of the Dutch word for Juniper: genever. This nickname is either in reference to gin, or similarly, when something is said to taste like Juniper berries, it is said to be "ginny" tasting.

*Jenny: More so in England, where in some places it is pronounced "jenny-per."

*June or Joon: The most common nickname for Juniper.

*Nip or Nipper The origin of the usage of "nip" to refer to a drink or a glass of an alcoholic beverage originally referred to a nip of gin, with the "nip" a shortening of Juniper. [ [http://books.google.com/books?id=yDAEAAAAMAAJ&dq=nip+nipper+juniper&q=juniper&pgis=1 Meliora: Quarterly Review of Social Science, 1868, Page 47] ]

Symbolism of the name Juniper 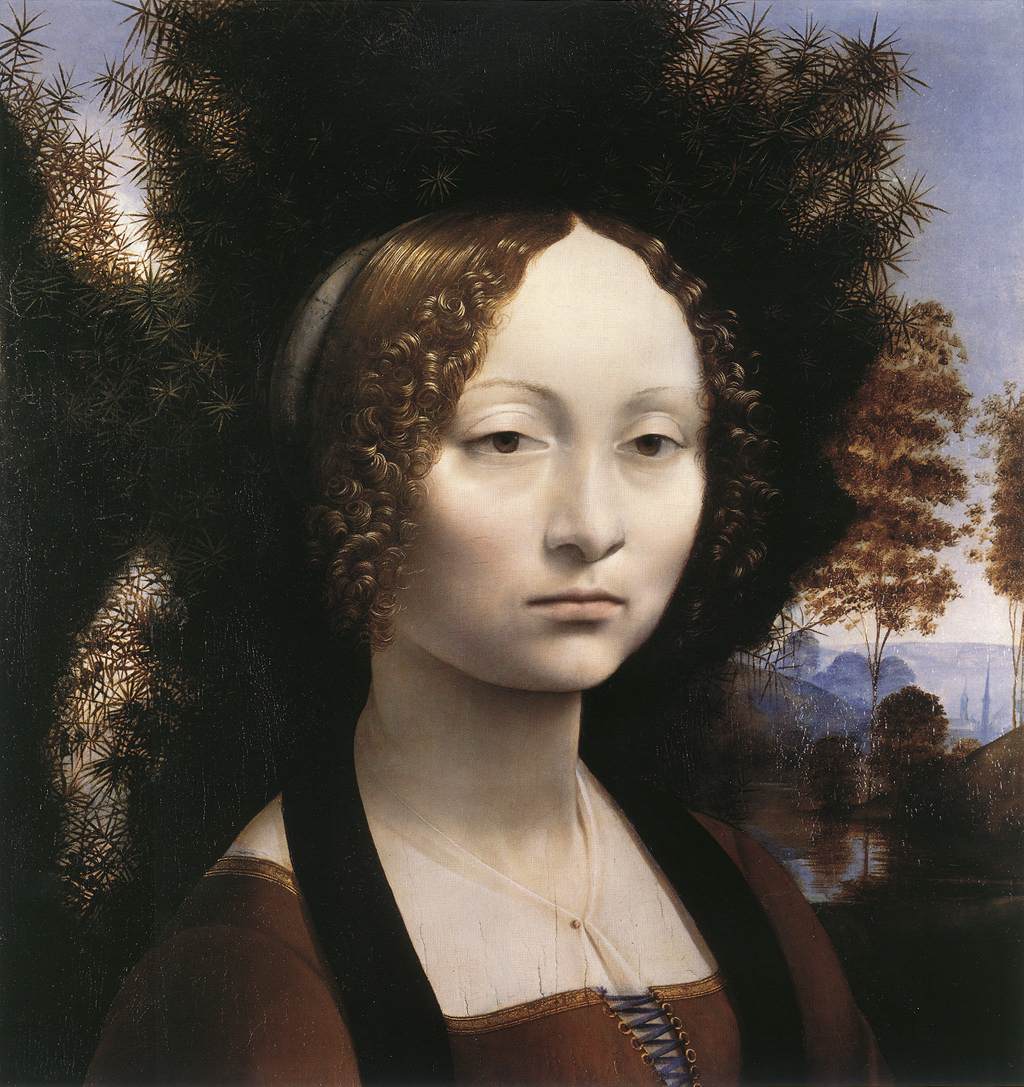 *Succor: In the Bible's Old Testament, a juniper tree with an angelic presence sheltered the prophet Elijah from Queen Jezebel's pursuit. Similarly a later apocryphal biblical tale tells of how the infant Jesus and his parents were hidden from King Herod's soldiers by a juniper during their flight into Egypt.
*During the Renaissance, Juniper was frequently used in art to represent chastity. For example, in Leonardo da Vinci's Ginevra de' Benci, not only was the subject named Juniper (in Italian Ginevra is Juniper), but directly behind the portrait is a Juniper tree. The reverse of the portrait is decorated with a juniper sprig encircled by a wreath of laurel and palm and is memorialized by the phrase VIRTUTEM FORMA DECORAT ("Beauty adorns Virtue").
*Saint Juniper, "the jester of the Lord" is sometimes called the Saint of comedy. He was also known for his patience-- it is said that St. Francis once described the perfect friar by citing "the patience of Brother Juniper, who attained the state of perfect patience because he kept the truth of his low estate constantly in mind, whose supreme desire was to follow Christ on the way of the cross." St. Frances held Juniper in such high regard he once said, "Would to God, my brothers, I had a whole forest of such Junipers."
*In many parts of Europe, juniper branches were smoldered and carried around fields to protect livestock and a female spirit of the Jupiter tree, called ~Frau Wachholder~ was invoked to make thieves return the goods they had stolen.
*In ancient Wales, the Juniper tree was sacred and it was believed that cutting down a Juniper tree would result in the woodcutter's death the following year.
*The Eastern Redcedar ("") is used to make wooden pencils and is the "cedar" used in moth-repelling cedar chests and drawers.
*The Juniper Berry is used as a distinct flavoring for a wide variety of dishes and beverages.
*One of the most famous Grimm Fairy Tales is "The Juniper Tree." In the story a mother is buried under a Juniper Tree, magically becomes part of the tree and a bird that was hatched in the tree, and avenges the death of her son when the bird drops a millstone and kills her son's stepmother.

Notable persons with given name Juniper

Notable persons with the surname Juniper

The name Juniper in music

*"Folk-Etymology: A Dictionary of Verbal Corruptions or Words Perverted in Form" by A. Smythe Palmer, 1969