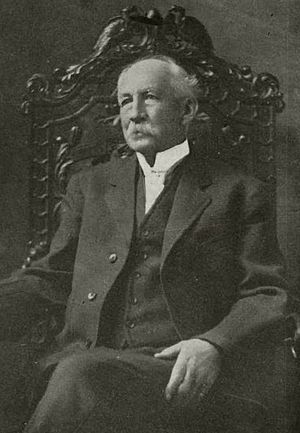 Charles Hallock in his autobiography-An Angler's Reminiscences. A Record of Sport, Travel and Adventure

Charles Hallock (March 13, 1834 – December 2, 1917) was an American author born in New York City to Gerard Hallock and Elizabeth Allen. On September 10, 1855 he married Amelia J. Wardell. He was educated at Yale, 1850-51, and Amherst College. He was assistant editor of the New Haven Register, 1854-56; proprietor and associate editor of the New York Journal of Commerce, of which his father was editor, 1856-62. He was founder and proprietor of Forest and Stream, 1873-80, now Field & Stream. He experimented in Sunflower culture, using the seed for oil; in sheep raising on Indian reservations; in establishing a reservation for sportsmen in Minnesota; in the development of Alaska and Florida, and of special industries in North Carolina; and in various other sanitary and economic schemes. He originated the code of uniform game laws and incorporated with Fayette S. Giles and others the first great American game preserve at Blooming Grove, Pike County, Pennsylvania

Hallock, Minnesota was named after him.

Charles Hallock was a brother of the Delta Kappa Epsilon fraternity (Sigma chapter).