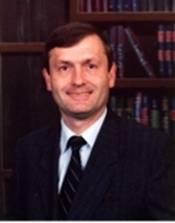 In August 1986 Shuey joined the City of as its first financial Controller. In Shuey was promoted to the position of Chief Financial Officer (CFO) and Finance Director for the city. In the city added the role of City Treasurer to Shuey's duties. [http://www.glendaleaz.com/clerk/agendasandminutes/meetings/Agendas/071205-20.PDF ))] He is also a member of the city's Risk Management and Workers' Compensation Trust Fund Board. [((http://www.glendaleaz.com/Clerk/documents/051107RiskMgmtTrust.pdf] Since Shuey has served as the city's representative on the Financial Oversight Advisory Committee [http://prod.valleymetro.stglink.com/Valley_Metro/Calendar/GetDocument.asp?DID=1059)), pp. 5-6.] for , and as the Committee's Vice Chair.

Shuey served as a of from to , when he resigned

Avondale city government's first [http://www.researchedge.com/docs/Avondale%20TSP%2002_99.doc )), p. 9.] presence on the was through the personal resources of Shuey, who in developed an unofficial "Welcome to Avondale, Arizona" [http://web.archive.org/web/20010816134420/http://www.indirect.com/www/surfer/avondale.htm ))] web page, which he maintained for several years. In June 1997, Maricopa Association of Governments (MAG) cited Shuey's web page as an example of "MAG Stakeholders with Internet Sites" in their report titled "Electronic Highway Infrastructure Development and Information Services." [http://www.researchedge.com/docs/MAG%20EHUG%20Report%2006_97.doc )), p. 71.]

Shuey is remembered for naming [http://www.az-sta.com/yasports/friendshippark_awards.html Avondale Friendship Park.] , as well as for acquiring funding for parks in the city’s less affluent areas. He was also instrumental in the development of the concept for the Avondale Auto Mall, an idea that he attributed to his observation of similarly designed auto malls along Interstate 10 in California. [cite news | first=Justin | last=Doom | title= Shuey resigns | date= | publisher=West Valley View | url=http://www.westvalleyview.com/main.asp?Search=1&ArticleID=17625&SectionID=2&SubSectionID=1&S=1 ] The auto mall along with other new development contributed strength to the local economy. Money Magazine calculated that job growth in Avondale from 2000-2005 was 54.3 percent, the third highest of any city in the country over that time period. [http://money.cnn.com/magazines/moneymag/bplive/2006/top25s/jobgrowth.html ))]

Shuey served as Chairperson of [http://www.maricopa.gov/Comm_Dev/CDAC.aspx CDAC] from to . He served as City of Avondale’s representative or as an alternate representative on CDAC from through , and was appointed Chairperson by his fellow Committee members after serving as Vice Chairperson since September . [cite news | title= Shuey named chairman for CDAC 2 straight years
date= | publisher=West Valley View | url=http://www.westvalleyview.com/main.asp?Search=1&ArticleID=14348&SectionID=30&SubSectionID=40&S=1 ]

Shuey served as President of the [http://www.westmarc.org/wmez.html Western Maricopa Enterprise Zone Commission] for . He served as City of Avondale’s representative on the Commission from through .