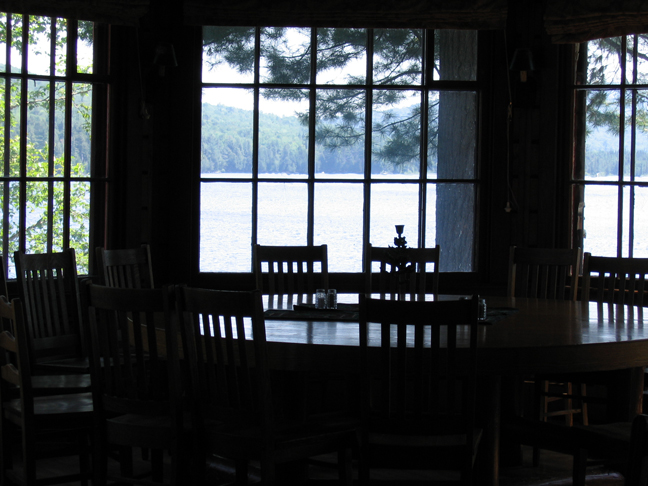 Sagamore Camp is one of several historic located in the of northern New York State, which were built for the super-rich of the American as remote and luxurious rustic summer retreats. It was constructed by on Sagamore Lake between 1895-1897. Durant was the son of (1820-1885), a railroad tycoon and financial manipulator who briefly gained control of the during the 1860s, and whose machinations resulted in the 1872 Crédit Mobilier scandal. By the 1870s Thomas Durant had become the largest private landowner in the Adirondacks, and he had delegated his son to develop portions of his holdings for future sale to the moneyed elite. Prior to Sagamore, William Durant had constructed (purchased by and now the Huntington Memorial Outdoor Education Center [http://www.cortland.edu/outdoor/raquette/huntington.html] ) and (once owned by ), both on nearby . All three camps are still in use today.

In 1901 Durant was forced to sell Sagamore, reputedly because a lawsuit by his sister over his mismanagement of their mother's estate had pushed him to the edge of bankruptcy. [Kaiser, Henry K.: "Great Camps of the Adirondacks", p87-94. David R. Godine Publisher, 2003] It was purchased by , who expanded and improved the property to include flush toilets, a sewer system and hot and cold running water. He later added a hydroelectric plant and an outdoor bowling alley with an ingenious system for retrieving the balls. Other amenities included a tennis court, a croquet lawn, a 100,000 gallon reservoir, and a working farm. Vanderbilt died in 1915, a victim of the Lusitania sinking, leaving Sagamore to his widow , an avid sportswoman who continued to occupy the camp for many years.

Mrs. Emerson transferred the property to , which operated a conference center here until the offered to buy it. Acquisition by the State as part of the would have required demolition of the historic buildings, because of the "Forever Wild" provision of the . To avert this, the arranged with the State to take title, transferring the property with deed restrictions to a not-for-profit institution that would provide suitable occupancy. Camp Sagamore has continued to function as a conference center.

The camp is arranged in two complexes a half-mile apart, the Upper, or worker's complex, and the Lower, or guest complex. The guests would not have frequented the worker's complex, as the buildings here are much more utilitarian than those in the Guest complex, and without the embellishment of the buildings designed for entertaining. Sagamore served as a sylvan setting in which the richest families in America could relax, party, and get a feeling of returning to nature. All of this, however, was accomplished without leaving the comforts of civilization behind.

A portion of Sagamore was listed on the National Register of Historic Places in 1976. A boundary increase for additional area was included in a multiple property submission for listing in 1986.