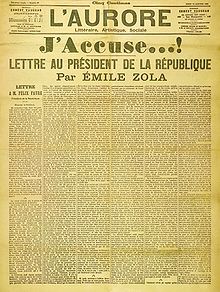 "J'accuse" is an influential open letter written by Émile Zola in 1898 over the Dreyfus Affair. 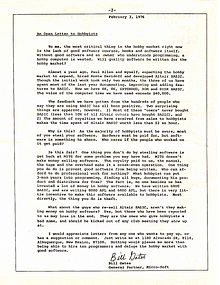 An open letter is a letter that is intended to be read by a wide audience, or a letter intended for an individual, but that is nonetheless widely distributed intentionally.[1]

Open letters usually take the form of a letter addressed to an individual but provided to the public through newspapers and other media, such as a letter to the editor or blog.[2] Especially common are critical open letters addressed to political leaders.

Letters patent are another form of open letter in which a legal document is both mailed to a person by the government, and publicized so that all are made aware of it. Open letters can also be addressed directly to a group rather than any individual.

There are a number of reasons why an individual would choose the form of an open letter, including the following reasons: