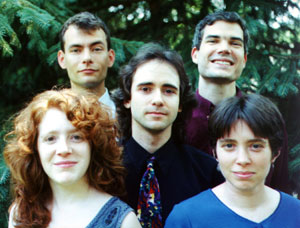 Broadside Electric are an American (self-described as "Folk Music with Teeth") band from Philadelphia. Formed in 1990, they are still active in . Audiences expect an erudite and eclectic mix of traditional material, including , foreign-language songs, and the humorous, obscure and sometimes absurd.

The Broadside in their name is taken from the single-side printed song lyric sheets which became popular in the .

The band was formed in 1990 by and students and alumni Rachel Hall, Tom Rhoads, Jim Speer and Helene Zisook.