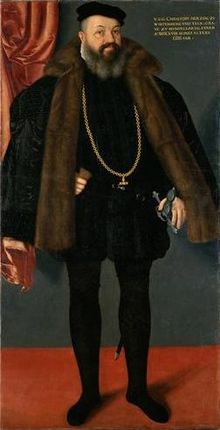 In November 1515, only months after his birth, his mother, Sabina of Bavaria, fled to the court of her parents in Munich. Young Christoph stayed in Stuttgart with his elder sister Anna and his father, Duke Ulrich. When the Swabian League mobilized troops against Ulrich, he brought them to Castle Hohentübingen. In 1519 Württemberg came under Austrian rule after the castle had surrendered and Duke Ulrich had been banished.

Christoph was sent to the court of Maximilian I in Innsbruck where he grew up and was able to gain political experience under Habsburg-tutelage. The successor of Maximilian I, Charles V took him on his travels through Europe.

Meanwhile his father Ulrich had regained Württemberg from the Austrians in 1534 and Christoph was sent to the French court, where he became embroiled in France's wars against Habsburg. At the end of the 1530s Christoph converted to protestantism. In 1542 the Treaty of Reichenweier installed him as the governor of the Württemberg region of Montbéliard. 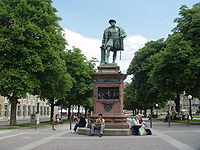 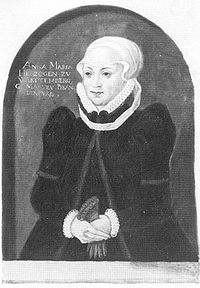 On succeeding his father in 1550, Christoph was forced to make high payments to avoid charges of treason by King Ferdinand I.

In subsequent years, he re-organized the entire administration of the church and state. He also reformed and supported the educational system.

Christoph went to great efforts to boost Württemberg's profile. For example, he reconstructed the Altes Schloss in Stuttgart and hosted many celebrations.