Rum, Sodomy, and the Lash

Rum, Sodomy, and the Lash 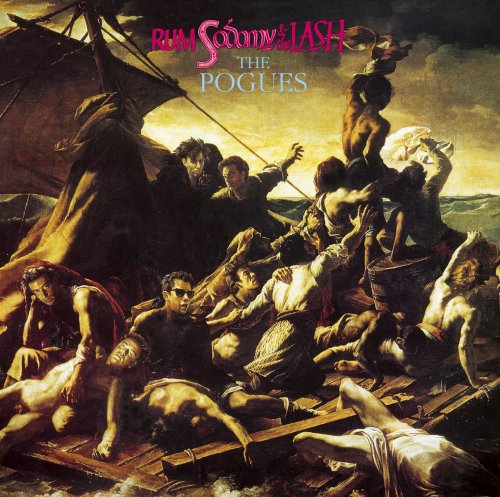 "Rum Sodomy & the Lash" is the second album by the Anglo-Irish musical group , released in 1985.

The cover artwork is based on "", a painting by , with the band members' faces replacing those of the men on the raft.

In August 1985, the album was launched on HMS "Belfast" – and one writer at the event was thrown into the Thames. It reached number 13 in the UK charts. The track "A Pair of Brown Eyes" went on to reach number 72 in the UK singles chart. "The Old Main Drag" would later appear on the soundtrack to the film "". A remastered and expanded version of "Rum, Sodomy and the Lash" was released on 11 January 2005. The cut "A Pistol for Paddy Garcia", the B-side of "Dirty Old Town" and which only appeared on the initial cassette release, was moved to the bonus tracks.

Track previously released on the cassette version of the original album

Tracks previously released on the EP ""