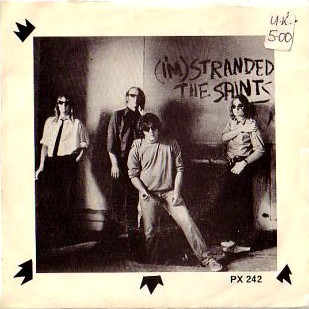 
"(I'm) Stranded" is the first song released by pioneering band The Saints. Issued in September 1976, it has been cited as "one of the iconic singles of the era", [Al Spicer (2006). "The Rough Guide to Punk": p.276] and pre-dated vinyl debuts by contemporary punk acts such as the , , and .

Written by guitarist and vocalist , the track was originally released on the band's own Fatal Records label, with an initial pressing of 500 copies. In the UK, where the single was available at the time only on import, "Sounds" magazine called it "Single of this and every week", continuing: "The singing's flat and disinterested, the guitars are on full stun. There's no such thing as a middle eight. It's fabulous."

On the strength of the single, The Saints were signed in November 1976 to a three-album deal by in the UK, the first of which was also called "". As well as featuring on their debut album, both "(I'm) Stranded" and the single's B-side, "No Time", appeared on a split EP with Stanley Frank in 1977.