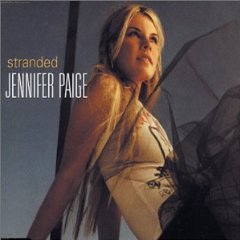 "Stranded" is a 2002 pop song by and the second single released from her second "" as the most successful single from the album. This song became a massive airplay hit in some parts of Europe, most notably in , where it reached top 10 positions on airplay charts. It was also popular in .

The song was written by Matt Brownleewe and Tiffani Arbuckle Lee and was originally recorded by a christian band .

The features Paige finding herself stranded in an isolated island where her car runs out of fuel and she ends up wandering in the beaches all alone. The video was shot in .