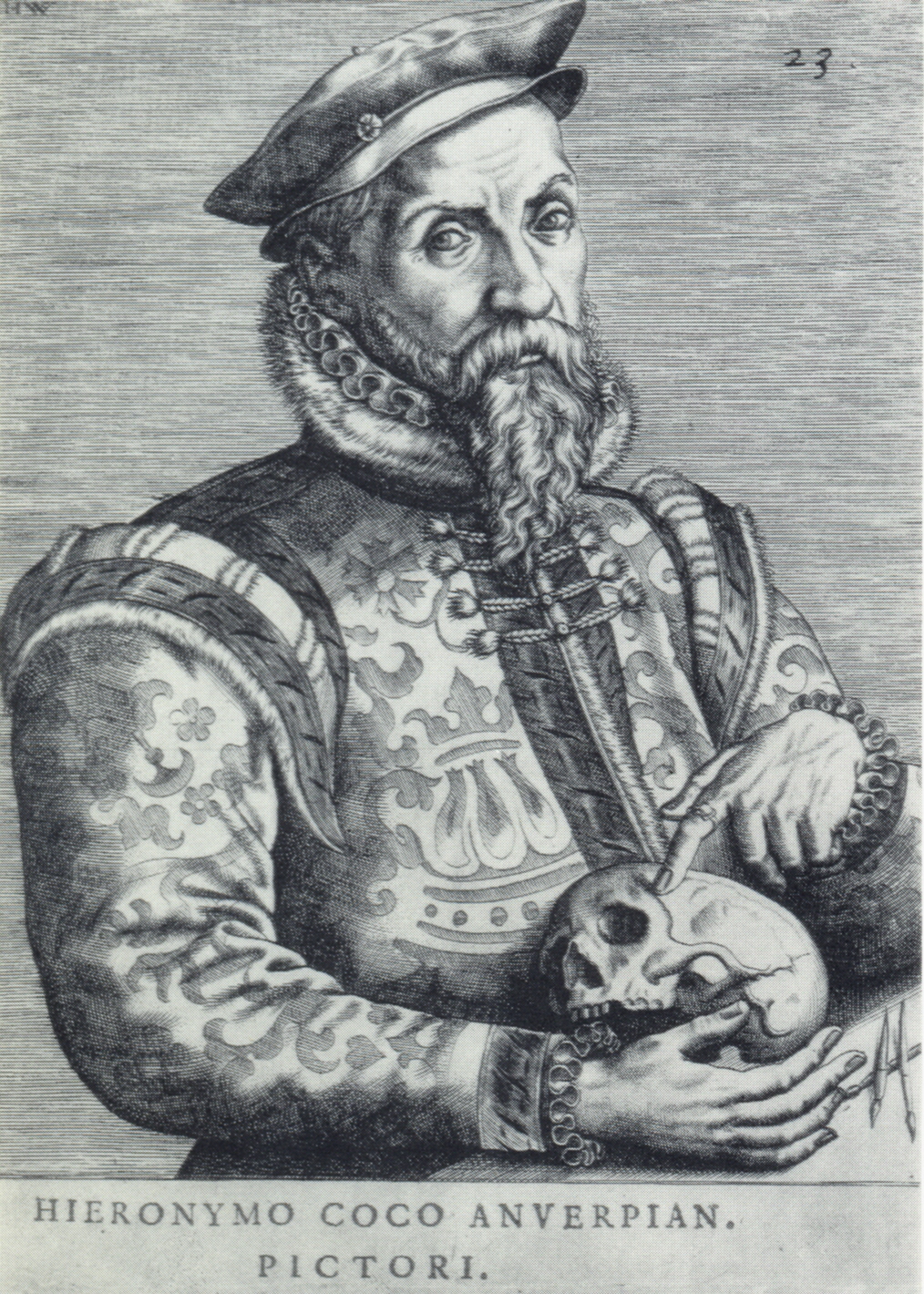 Hieronymus (Jérôme) Cock (Kock) (c. 1510—1570) was a Flemish painter and of the , but was perhaps most significant as a publisher and distributor of prints. He was born to a family of painters; his father was , his brother (1505-1548).Cock issued his first prints in in 1548. At his death in 1570 he left behind him the most prominent print publishing establishment in Europe north of the Alps [See:Timothy A. Riggs, Hieronymus Cock. Printmaker and Publisher, PhD, Yale University 1971, published in the series 'Outstanding Dissertations in the Fine Arts', Garland Publishers, New York / London, 1977] . Cock's enterprise played an important role in the spread of the Italian troughout northern Europe as Cock published prints by prominent engravers as and after leading Italian painters as amongst others , and . Cock also favoured the inventions of his and Dutch contemporaries such as , and . His widow Volcxken Diercx continued the publishing house under the name "Aux quatre vents" (In the [sign] of the four winds) until her death in 1601.

Life and work as an artist

From 1546 to 1548, he worked at . When he returned to Antwerp in 1548, he founded his own publishing house, "Aux quatre vents" (the "House of the Four Winds"). and worked with him there, and was a student. He made engravings based on the works of and . With the Spanish Diego Gutiérrez, he collaborated on a 1562 "Map of America". [http://www.loc.gov/rr/hispanic/frontiers/gutierrz.html]

From 1557, worked at his printing house and later succeeded him there.
copied many of the engravings made by Cock for his own volume on Rome.