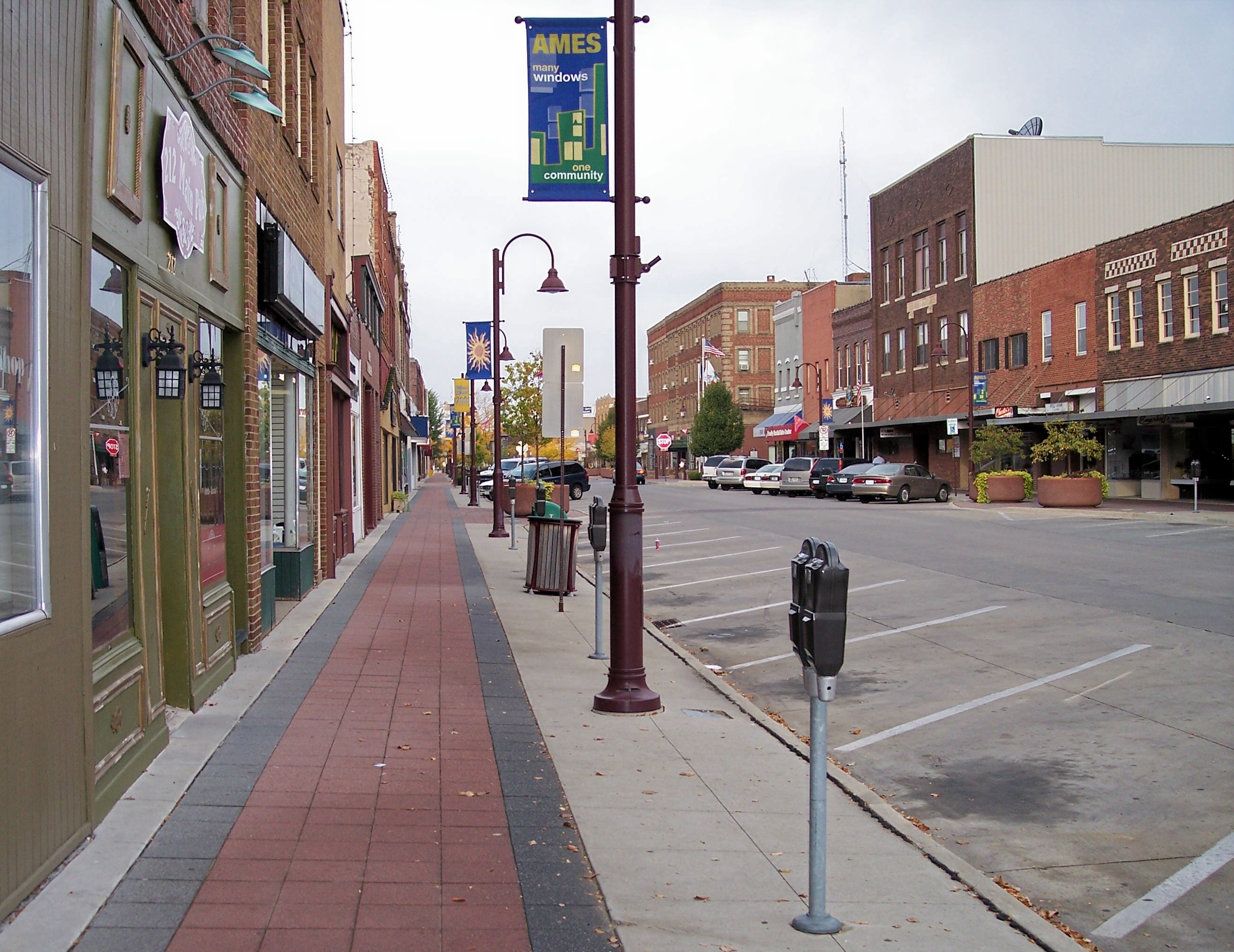 mapsize = 250px
map_caption = Location in the State of

Ames is a city located in the central part of the of , and is approximately 30 miles north of Des Moines in Story County. It is the principal city of the 'Ames, Iowa ' which encompasses all of Story County, Iowa and which, when combined with the ' ', comprises the larger 'Ames-Boone, Iowa '. As of the 2000 Census, the city population was 50,731. While Ames is the largest city in Story County, the county seat is in Nevada which is 8 miles east of Ames. Ames is the home of , with leading Design, Engineering, Science and Agriculture colleges. It is also the site of the , an important in the Republican party presidential nomination process as well as the first in the nation Democratic and Republican caucuses ("see Politics, below").

The city was founded in 1864 as a station stop on the and was named after 19th century U.S. congressman of , who was influential in the building of the transcontinental railroad. Ames was founded near a location that was deemed favorable for a railroad crossing of the .

Ames is located on , & 69, and the cross country line of the , located roughly 30 miles (48 km) north of the state capital Des Moines.

Two small rivers run through the town: the and Squaw Creek. 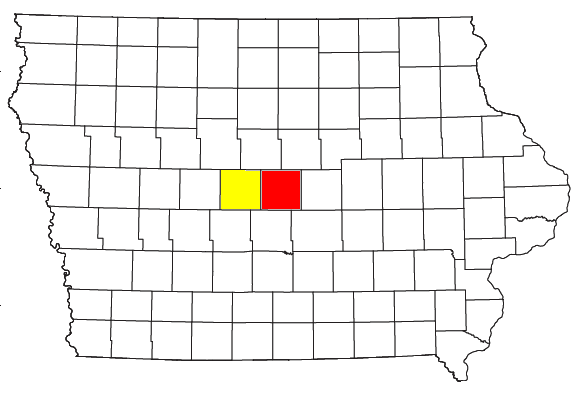 There were 18,085 households out of which 22.3% had children under the age of 18 living with them, 42.0% were married couples living together, 5.3% had a female householder with no husband present, and 50.4% were non-families. 28.5% of all households were made up of individuals and 5.9% had someone living alone who was 65 years of age or older. The average household size was 2.30 and the average family size was 2.85.

Iowa is a "" that has trended slightly Democratic in recent years, but Ames, like , trends Democratic, partly due to the presence of the university community. Because Iowa is the first caucus state and Ames is a , it is the site of many political appearances, debates and events, especially during election years.

During every August in which the Republican presidential nomination is undecided (meaning there is no incumbent Republican president -- as in, most recently, 2007, 1999, 1995 and 1987), the town plays host to the , which gauges support for the various Republican candidates amongst attendees of a dinner benefiting the Iowa Republican Party. The straw poll dates back to 1979, and is frequently seen as a first test of organizational strength in Iowa by the national media and party insiders; as such, it can be very beneficial for a candidate to win the straw poll and thus enhance his aura of inevitability or show off a superior field operation. [http://www.cnn.com/ALLPOLITICS/stories/1999/08/14/iowa.saturday.02/]

The town is served by US Highways 30 and 69 and Interstate 35. Ames is the only town in Iowa with a population of greater than 50,000 that does not have a state highway serving it.

Ames was also serviced by the Fort Dodge, Des Moines & Southern Railroad via a branch from Kelly to Iowa State University and to downtown Ames. The tracks were removed in the 1960s. The Chicago and Northwestern used to operate a branch to Des Moines. This line was removed in the 1980s when the Spine Line though Nevada was purchased from the Rock Island Railroad after its bankruptcy. The Union Pacific, successor to the C&NW, still runs 60-70 trains a day through the ISU campus and downtown Ames on twin mainlines which leads to some traffic delays. There is also a branch to Eagle Grove that leaves Ames to the north. The Union Pacific maintains a small yard called Ames Yard east of Ames between Ames and Nevada.

There is also a municipal airport, KAMW, southeast of Ames. The airport is currently operated by only one , Hap's Air Service. The [http://www.cityofames.org City of Ames] offers a transit system throughout town called " [http://www.cyride.com Cy-Ride] " that is funded jointly by Iowa State University, the ISU Government of the Student Body, and the City of Ames.

Ames is home of of Science & Technology, a space grant college, at its founding, the state's (Morrill Act) , formerly known as the Iowa State College of Agriculture and Mechanic Arts. Ames is the home of the closely allied U.S Department of Agriculture's National Animal Disease Center, the U.S. Department of Energy's (a major materials research and development facility) and the main offices of the Iowa State Department of Transportation. State and Federal institutions are the largest employers in Ames.

Campustown is the neighborhood directly south of Iowa State University Central Campus bordered by Lincoln Way on the north. Campustown is a high-density mixed-use neighborhood that is home to many student apartments, nightlife venues, restaurants, Varsity Theater, and numerous other establishments.

Somerset is a semi-new-urbanist development in Ames.

Ames is served by Mary Greeley Medical Center, a 220-bed regional referral hospital which is adjacent to McFarland Clinic PC: central Iowa's largest physician-owned multi-specialty clinic and also Iowa Heart Center. Ames is also the home of the National Animal Disease Center where all American samples are tested among other things.