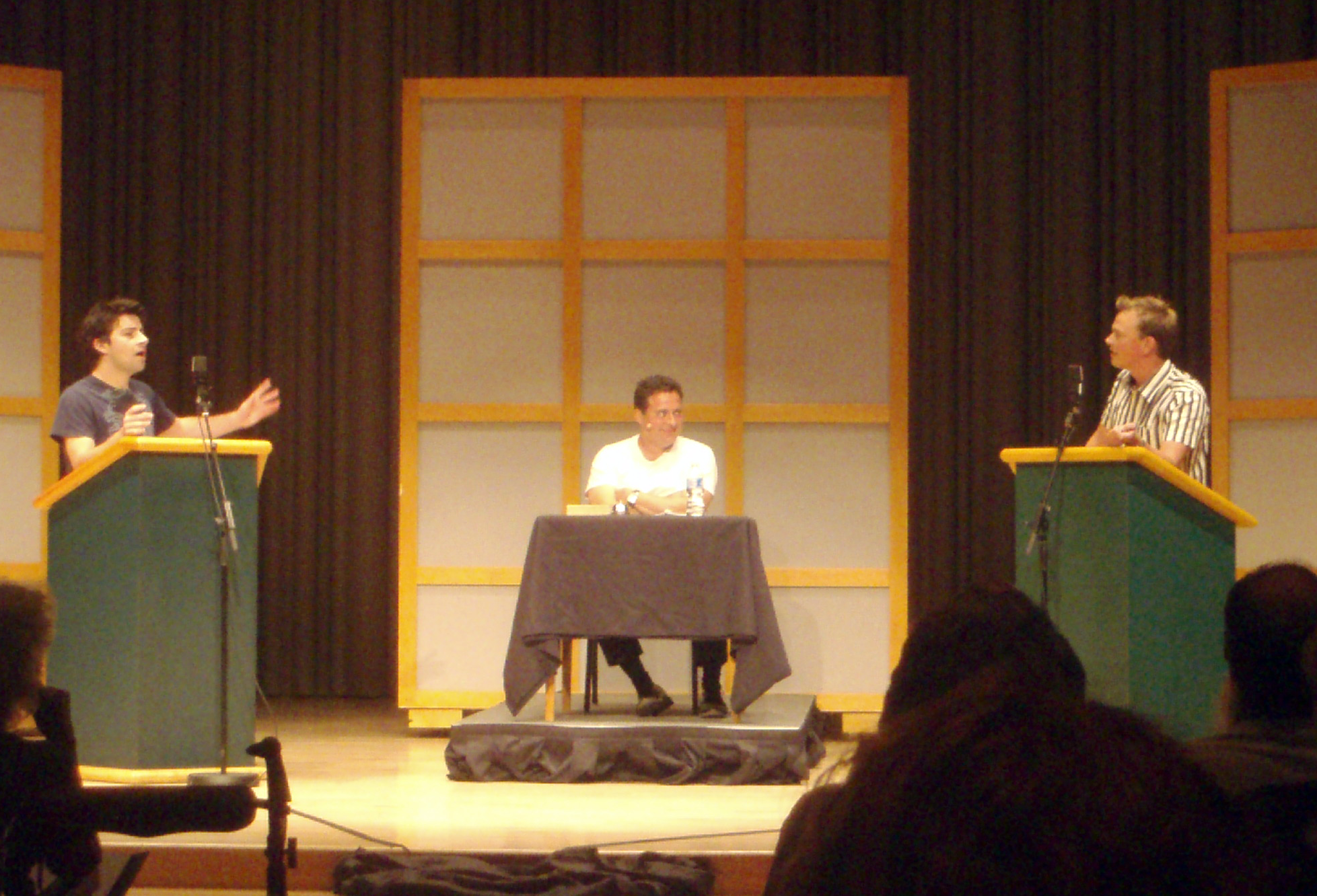 "The Debaters" is a Canadian radio comedy show hosted by Steve Patterson. It airs on Saturdays at 6:30PM and Sundays at 11:30AM (both Eastern time, half an hour later in Newfoundland).

The show was first broadcast in September 2006, replacing the long-running comedy show "". The show was created by . It is produced by Tod Elvidge, Anna Bonokoski and Richard Side.

Each season has approximately 33 new episodes. These are recorded in front of live audiences in studios, theatres and clubs across Canada.

While the show is known officially in CBC listings as "The Debaters", during the third broadcast the show was instead introduced as "Master Debaters". Ever since then the show has reverted to its original, officially-sanctioned name.

Each show is 30 minutes in length, and consists of two 15-minute debates. Two stand-up comedians are given a topical matter to debate. One serves as advocate: the other takes the contrary view. The live audience ultimately decides who won the debate, based on a mix of "funny and fact".

There are four rounds to each debate: the first allows the comedian to state their position on the issue, which is followed by the "bare-knuckle round" where the two debaters spar with each other directly. This is followed by the "firing line" round where the host quizzes the debaters on their knowledge of the subject (where they can either provide the correct or most amusing answer), concluded by a one-minute summation. The live audience then votes by applauding for who they thought had the best combination of “laughs and logic”.