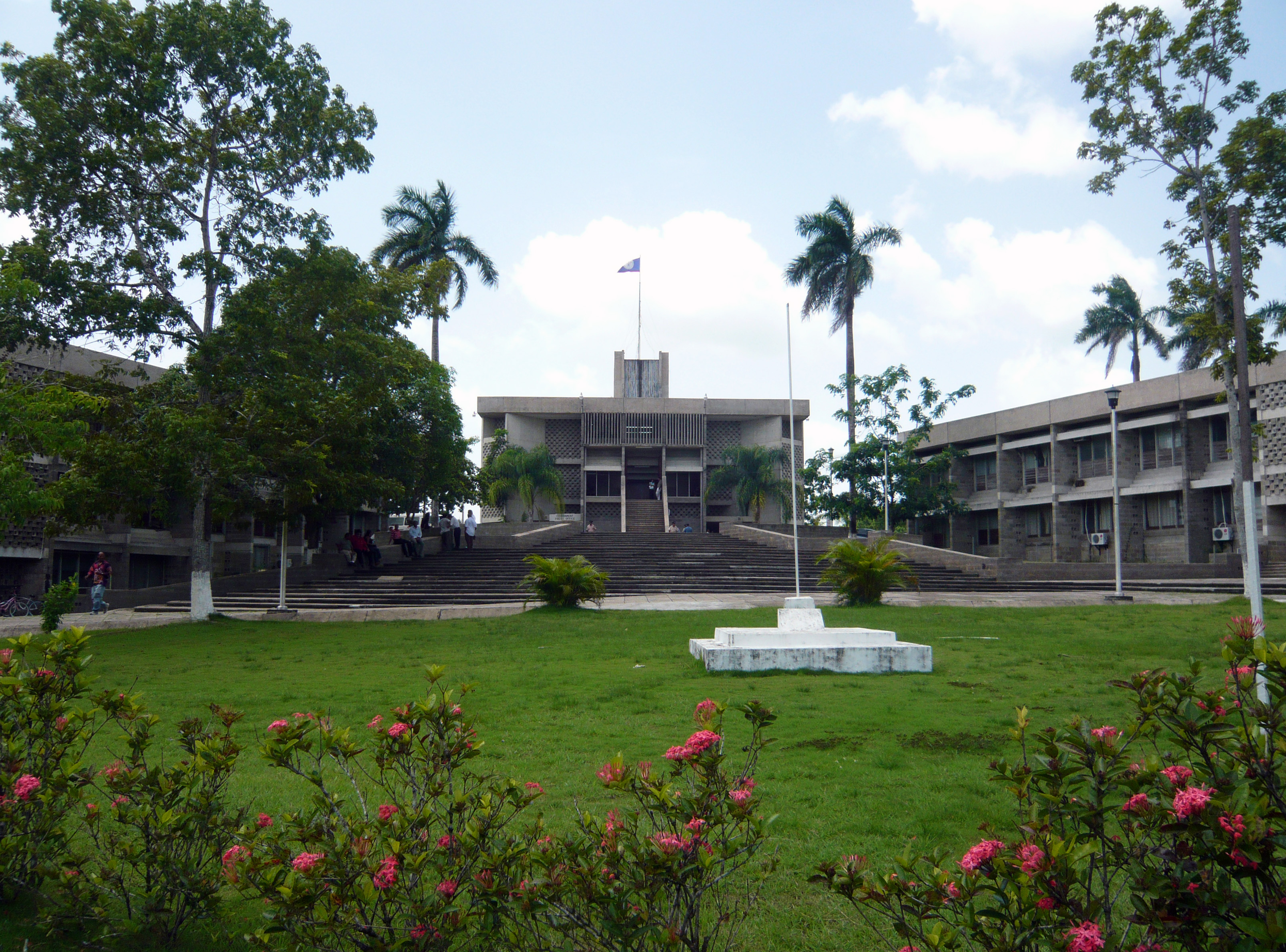 After , with winds of up to convert|300|km/h|mph, and following the destruction of approximately 75% of the houses and business places in Belize City, the government of the day proposed to encourage and promote the building of a new capital city.

One of the highlights of this visit was the unveiling of a monument at mile 49 on the Western Highway. The monument records that Lord Greenwood dedicated the site for the new capital on , . Thus in a fashion there was a commitment. The name chosen for the new capital -- Belmopan -- is derived from union of two words: "Belize," the name of the longest river in the country, and "Mopan," [ [http://www.mybelizeadventure.com/destinations/cayo/belmopan/ Belmopan] at [http://www.mybelizeadventure.com mybelizeadventure.com] ] one of the rivers in this area, which empties into the . The initial estimated cost for building this new city was forty million s (twenty million U.S. dollars), however, only twenty million Belize dollars (ten million U.S. dollars) were available, but the momentum was not to be lost. ["Belmopan: Perspective on a New Capital," Kevin C. Kearns, "Geographical Review", p. 153 (footnote #13), © 1973 American Geographical Society] In 1967, work began; the first phase of the new city was completed in 1970 at a cost of 24,000,000 Belize dollars (12,000,000 U.S. dollars). From 1970 to 2000 the administration of Belmopan was managed by the Reconstruction and Development Corporation, known as "Recondev."

The City of Belmopan boasts 3 Pre-Schools, 3 Primary Schools and 2 Secondary Schools [ [http://gradfinder.com/p/grad/browse.cgi?country=22&city=Belmopan Schools] at [http://gradfinder.com gradfinder.com] ] as well as a modern Regional Language Centre (RLC), located on the central campus of the , [ [http://www.rlcbelize.org/index.php?option=com_frontpage&Itemid=1 Regional Language Centre] website] where students from neighboring Spanish speaking countries come to study English. 's campus in Belmopan comprises the following faculties: and , and , and , and and Allied Health. [ [http://www.ub.edu.bz/templeet.php/UB_root/Acad/belmopan.en.html Belmopan Campus] at the [http://www.ub.edu.bz/templeet.php/UB_root/index.html# University of Belize] website] The Church/State system prevails in Belizean education [ [http://education.nmsu.edu/projects/istp/istpplacesites/belizemain.htm Belize] at the [http://education.nmsu.edu/New Mexico State University] website] especially where Pre-School, Primary and Secondary School education is concerned, [Penados, Filiberto, [http://www.mathunion.org/ICMI/bulletin/49/Teacher.html "Teacher Education and Professional Development in Belize: Developments and Challenges,"] ICMI (The International Commission on Mathematical Instruction) Bulletin No. 49, December 2000] and nearly all schools in Belmopan are sustained by churches.

Some of Belmopan's noteworthy events include presentations by the Belmopan Choral Society, the Festival of Arts for school children, and National Day Activities.

The University of Belize's Black Jaguars squad has won two national championships playing out of Belmopan. Nearby communities including Roaring Creek, Camalote, Esperanza, and Georgeville play a softball tournament in the early part of the year.

The City Council promotes Belmopan as "The Garden City." A Prevention Initiative has recently been introduced by the Council in conjunction with the Belize Department, which introduced a Special Constable/Community Policing Programme. The Council cooperates with social organizations like the , the , , and other NGOs.

Since Belmopan is the seat of government many of its inhabitants work for the national government in various administrative or technical roles. Many are based in the large cluster of government buildings located around the National Assembly building.

Belmopan currently has approximately 589 business establishments (the 1997 census revealed the presence of 373). Five international banks are located in the city, as are several local financial institutions. A modern bus terminal and market complex was constructed in 2003.

Within the zoning regulations, Belmopan has set aside approximately 200 s (81 ha) of land made up mostly of one acre (4,000 m²) parcels within city limits. While there is very little industrial activity at the present time, the council has embarked on a scheme to attract local and foreign investment to the city. Plans are underway to create a 100 acre (40 ha) close to the municipal airstrip, a paved strip with no control tower or hangars.

From its inception, Belmopan was governed by a corporation answering to the government, called RECONDEV (Reconstruction and Development Corporation).

Residents of Belmopan voted in a referendum held in 1999 to switch to direct election of a city council. In 2000, Belmopan was incorporated as a city and held its first City Council election.