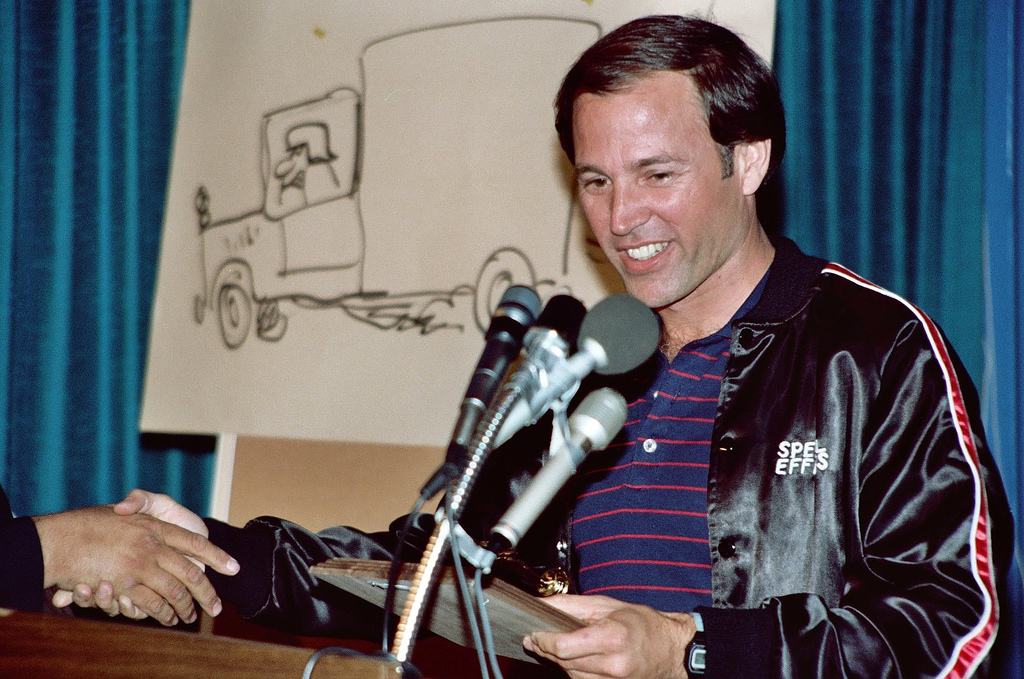 Frank Wilson Marshall (born , ) is a four-time -nominated American movie producer and director, often working in collaboration with his wife, Kathleen Kennedy. With Kennedy and , he was one of the founders of . He is a partner with Kennedy in , a film production company formed in 1991, which presently has a contract with .

Marshall was born in , , the son of composer Jack Marshall. He's worked on many of Hollywood's biggest films since 1973.In 1981, with his wife and , he co-founded , one of the industry's most productive and profitable production companies. Marshall's first producer credit was on "" (1981) which marked his first collaborations with , Spielberg and Kennedy. He went on to executive produce the sequels "" (1984) and "" (1989) with Lucas. Marshall also served as executive producer with Kennedy and Spielberg on the "Back to the Future" series (1985, 1989, and 1990). He's also collaborated with , and , among others.

Marshall has also directed a number of large-scale entertainment features, beginning with the comedy-thriller "Arachnophobia" (1990), about poisonous on the loose in suburbia. He had previously served as 2nd unit director on such features as "" (1988), , "Always" (1989) and the second and third Indiana Jones films. Marshall has also directed TV commercials for McDonald's and Diet Coke featuring Roger Rabbit as well as the live-action sequences of two "Maroon Cartoon" shorts, "Tummy Trouble" (1989) and "Roller Coaster Rabbit" (1990).

Marshall entered the business as a protege of whom he met at a birthday party for the daughter of director , a family friend. He invited Marshall, then an undergrad at UCLA, to work on his feature directorial debut, "Targets" (1968). Marshall received his introduction to film production working at various tasks including building and decorating sets, making sandwiches and even appearing in a bit part. After traveling through Europe post-graduation, he returned stateside to Wichita Falls, Texas as location manager on Bogdanovich's signature film, "" (1971). He would work on five more of the writer-director's films in as many years, first as a location manager and subsequently as an associate producer. Marshall went on to become a line producer on projects directed by (the abortive "The Other Side of the Wind"), Scorsese (the 1978 rock documentary "") and Walter Hill ("The Driver" 1978). He also executive produced Hill's "The Warriors" (1979) before teaming up with Spielberg & Co.

Marshall has also worked in TV, primarily as an executive producer of numerous "Making of..." specials about his Spielberg projects. He served as production executive on the animated spin-off series, "Back to the Future" (CBS, 1991) and "Fieval's American Tails" (CBS, 1992) as well the short-lived Spielberg/ cartoon collaboration, "Family Dog" (CBS, 1993). Marshall made his TV directing debut on "Johnny Bago" (CBS, 1993), a wonderfully wacky spoof of "The Fugitive" and the like, which he executive produced with Robert Zemeckis.

Marshall departed Amblin in 1991 and formed The Kennedy/Marshall Company with his wife the following year. He embarked upon his second directorial outing, "Alive" (1993), a joint production of and about a South American rugby team forced to resort to extreme measures to survive after a spectacularly shot plane crash in the Andes.

While Kennedy remained active producing films for much of the rest of the 90s, Marshall took a four-year hiatus. In 1999, he and Kennedy collaborated on two underperforming literary adaptations, "A Map of the World" and "Snow Falling on Cedars".

Marshall and Kennedy were announced by producer Toshio Suzuki as the producers for the US version of Ghibli's next animated feature, "". [cite web |url=http://www.nausicaa.net/wiki/Latest_News#Ponyo_US_Release_Semi-Detailed|title="Ponyo" US Release Semi-Detailed|accessdate=2008-06-10|publisher=Nausicaa.net GhibliWiki|date=2008-06-05]