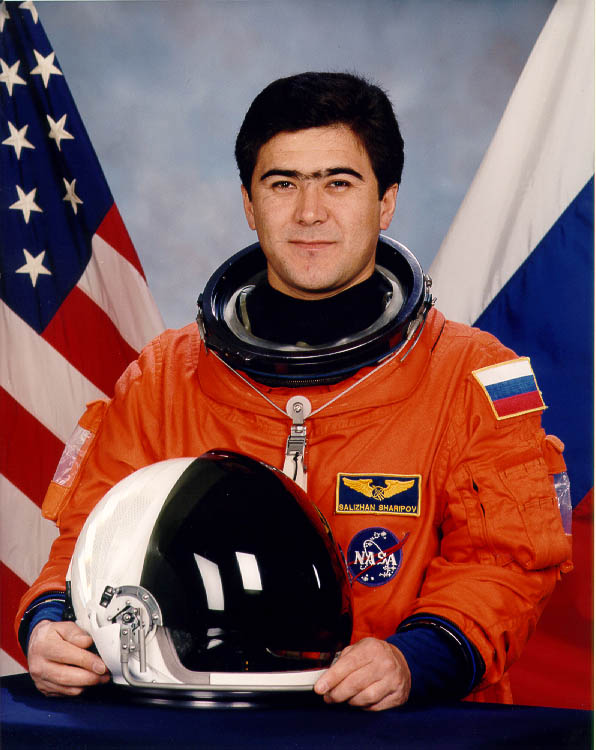 Salizhan Shakirovich Sharipov (Russian: Салижан Шакирович Шарипов) (born August 24 1964 in , , , now in ) is a n cosmonaut. Although he lives in , he is from a minority group. He is married to Nadezhda Mavlyanovna Sharipova. They have one daughter and one son. He is known to enjoy football (soccer) and reading. His father, Mr. Shakirzhan Sharipov, resides in .

After graduation from the Air Force Pilot School in , he worked as a pilot-instructor and taught eight . He has logged over 950 hours flying time. He has experience flying on MiG-21 and L-39 aircraft.

He served as a mission specialist on the crew of (&ndash;31, ), the eighth docking mission during which the crew transferred more than 8,000 pounds of scientific equipment, logistical hardware and water from to . In the fifth and last exchange of a U.S. astronaut, STS-89 delivered to Mir and returned with . Mission duration was 8 days, 19 hours and 47 seconds, traveling 3.6 million miles in 138 orbits of the .

Sharipov was also Flight Engineer on to the .