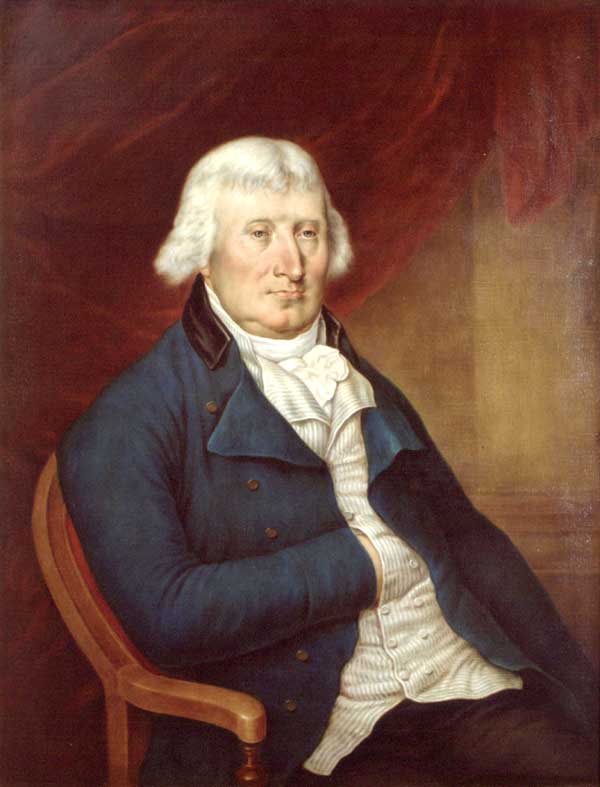 Peter Russell ( &ndash; ) was a gambler, government official, politician and judge in . Born in Cork, , Russell attended briefly. His debts forced him to enter the during the . He was commissioned into the .

After fleeing due to gambling debts, Russell returned to the American colonies during the , seeking promotion in the military and being promoted in 1781. He was appointed superintendent of the port of Charleston in 1782 before returning to England. Again in debt, Russell came to in 1790 to join the administration of serving on the Executive Council and Legislative Council. Russell was appointed to a temporary judgeship in 1794 and also became Speaker of the Legislative Council.

Simcoe requested a leave of absence in December 1795 and recommended that Russell act as administrator of Upper Canada in his absence. Russell assumed the position in July 1796 and remained administrator until 1799 when Simcoe's permanent replacement was appointed.

Russell’s administration saw the peaceful transfer of six border posts from the British to the Americans under the terms of the . During his temporary appointment, Russell was at a disadvantage, however, as Simcoe had taken the vast majority of his officialr papers with him, leaving only twelve documents behind. This left Russell ignorant of British policy and of Simcoe's proposals for management of the province.

Russell attempted to tighten up the system of land grants in order to curtail speculation, nepotism and corruption. He clashed with the new chief justice, John Elmsley, (who served on the Executive Council as part of his duties) over issues such as the seat of government with Elmsley objecting to the implementation of Simcoe's directions on making York the capital. Elmsley also objected to Russell's self-appointment to the Court of King's Bench due to Russell's lack of legal training and the violation of the separation of judicial and executive powers. Russell needed the extra income, however, and ignored Elmsley's objections.

By 1798 it became evident that Simcoe would never return. Russell hoped to become the new lieutenant-governor and was disappointed when was given the position in 1799.

Russell remained on the Executive Council but his influence waned and he had little power. When Hunter died in 1805, Russell again hoped to be named administrator but was passed over in favour of . Tired of Canada, he wished to return to England but, unable to find a buyer for his 6,000 acres (24 km²) of land, he could not afford the trip and remained in the province until his death in 1808.