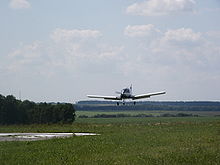 Costruzioni Aeronautiche Tecnam is an aeronautics manufacturer founded in 1948, based near Naples in Italy. The company has two primary activities: it makes aircraft parts for other manufacturers, and makes its own range of light aircraft.

The light sport Tecnam aircraft currently in production are side by side 2-seat configurations of aluminum monocoque construction utilizing the 100 hp Rotax 912S engine. There are several models manufactured, high and low wing, some with retractable undercarriage. In some cases one model has two different designations: one for flight under the ultralight aviation regulations and the other for flight under general aviation regulations as a regular certified light aircraft. Many of the aircraft fall within new sub-categories of certified aircraft, e.g. the EASA VLA (very light aircraft) rules in Europe and LSA rules in the USA.

The first example of the Tecnam P2006T, a four seat twin engined aircraft, flew for the first time in 2007. It has two 100 hp Rotax 912S engines, variable pitch props, and retractable landing gear. The P2006T was certified by the European Aviation Safety Agency (EASA) in 2009, and there are approximately 15 aircraft now flying in Europe. Part 23 FAA certification in the United States is now complete.

The first P2006T to fly in the U.S. (under the Italian registration number I-PTFA) has a Garmin G950 glass cockpit. The aircraft has a cruise speed of 145 to 150 KIAS and a 903-pound useful load, leaving more than 500 pounds for passengers and baggage (with 53 gallons of fuel).