Founded by Australian business woman Sarina Bratton in early 2004, Orion Expedition Cruises (OEC) began actual cruising operations in March 2005 with the repositioning cruise of the MV Orion from Papeete, Tahiti in French Polynesia to Sydney, Australia via the Cook Islands, Samoa, New Caledonia, Fiji and Lord Howe Island. Since then OEC has been operating Australian-based expedition-style cruises in areas as diverse as the Antarctic continent to Papua New Guinea and the Solomon Islands. Orion Expedition Cruises have announced a second vessel, Orion II. Currently operating as Clellia II, Orion II is very similar to Orion with 100 guests catered for by 68 crew. Orion II will be based in South-East Asia visiting Borneo, The Russian Far East & Inland Sea of Japan. 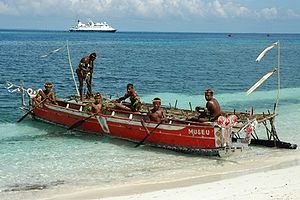 MV Orion anchored off Kitava in Papua New Guinea’s Trobriand Islands with a traditional Kula Canoe in the foreground.

The company’s mottos of “a path less traveled” and “it’s in our nature to explore” are apt descriptions of the nature of operations of OEC. The concept behind the formation of the operation was to bring Australian based luxury expedition style cruising to a level never seen before in that country. There had never been an expedition vessel as luxurious and as sophisticated as the MV Orion permanently based in Australia before.

In 2005 OEC made history by being the first cruise line to take a ship into the newly independent nation of East Timor. Visiting the capital Dili and the nation’s second largest center Baucau, guests of the Orion were some of the first tourists to be part of organized travel in the country. OEC planned to continue and expand their operations in East Timor in 2006, but the company’s plans were suspended when the tiny nation descended into politically inspired chaos just a few weeks before the Orion was due to dock in Dili in June 2006. The Indonesian port of Kupang in West Timor has replaced Dili in OEC’s itinerary until the situation in East Timor stabilises enough to resume cruises there.

Current operations see the company offering expedition cruises to Antarctica from the Australian island of Tasmania and the New Zealand port of Bluff, in the rugged Kimberley region of Western Australia from the port of Darwin, to Papua New Guinea and the Solomon Islands from the ports of Cairns and Rabaul as well as occasional cruises along the east coast of Australia focussing on the Great Barrier Reef and some cruising around Tasmania.

2009 saw the announcement of itineraries moving further away from the Australian mainland for the first time, including destinations such as Vietnam, Thailand and Cambodia. 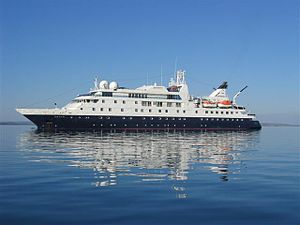 The luxury expedition ship MV Orion, the backbone of OEC, has been described by the Berlitz Guide to Cruising as “the latest in the quest to build the perfect expedition vessel”. Owned by the Marshall Islands registered company Explorer Maritime and leased under a long-term agreement by OEC, the vessel was previously operated, albeit for a short time, by US-based cruise operator Travel Dynamics International (TDI). TDI had operated the vessel in the Antarctic and the Arctic and many points in between before handing the vessel over to OEC in the Tahitian port of Papeete in March 2005. 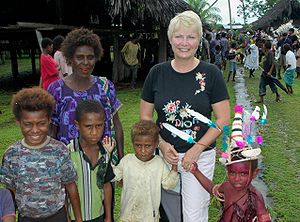 Sarina Bratton had over 25 years experience in the travel industry before founding OEC and in that time held positions including Vice President and General Manager Asia Pacific for Cunard Line, founder and Managing Director of Norwegian Capricorn Line and held both Australian Federal and State Government Board appointments including an appointment to the board of the Australian Maritime Safety Authority (AMSA).

In 2006 Sarina was the winner of the Veuve Cliquout Australian Business Woman of the Year Award for being the first female founder of a cruise line and in 2008 was the New South Wales state winner of the Ernst and Young Entrepreneur of the Year.

Sale of the company

On the 20th May, 2008 Sarina Bratton, Founder and Managing Director of Orion Expedition Cruises announced the purchase of the company by KSL Capital Partners, a leading private equity company in the USA. Following several unsolicited approaches to purchase Orion Expedition Cruises, the then current shareholders agreed to an offer from KSL Capital Partners, a Denver based private equity company specialising in high end travel and leisure enterprises. In this announcemount Ms Bratton stated this majority shareholding will provide the capital and opportunity for Orion Expedition Cruises to expand beyond its one ship operation (through the building of new ships and/or other acquisitions), ahead of the original business plan.