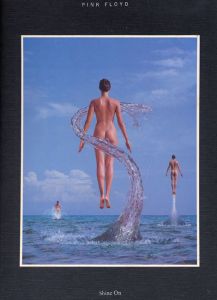 "Shine On" is a nine CD by which was released in 1992 to coincide with Pink Floyd's 25th anniversary as a recording and touring band. All CDs were digitally remastered.

The packaging on each of the previously-released albums was unique to this set. The eight black CD cases lined up to show the prism from The Dark Side of the Moon.

Included with the box set was a hardcover book chronicling the career of Pink Floyd from its inception (using band names such as Sigma 6, The Architectural Abdabs, The Screaming Abdabs, The Abdabs, the Megadeaths, The Tea Set, The Pink Floyd Sound, The Pink Floyd, and Pink Floyd) to the late 1980s.

*According to drummer , a suggestion for the title of the box set was "The Big Bong Theory".