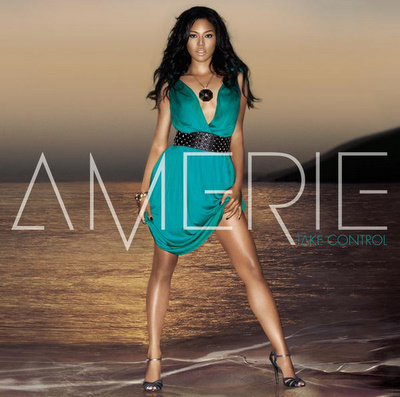 After Cee-Lo wrote the song, he approached Amerie to record it.

, the reference singer on the song, said that it was originally offered to her, but Amerie denied this, saying she thought it "really on [Alamaze's] part" to make such a claim.

According to Amerie, "Some Like It" was originally chosen as the first single from "Because I Love It"; after the release of similar-sounding singles by ("Bossy"), Fergie ("London Bridge"), and (""), and because Amerie thought "Take Control" was "kind of different", the decision was made to release it as the lead single instead. [ [http://blogs.sohh.com/soul/2006/12/what_made_ameri.html "What Made Amerie Switch Up Her Game? And... Does Cherish Appreciate Their Fans?"] . SOHH Soulful. December 2006. Retrieved July 30, 2007.] The single debuted at number seventy-two on the U.S. "Billboard" chart, and peaked at number sixty-six; it failed to chart on the "Billboard" Hot 100.

The was shot in late October 2006 and was premiered on the Internet on December 3. It was released to television in the United States on January 15, 2007 and was selected as 's "Jam of the Week". [Devan, Subhadra. [http://www.cineplex.com/Movies/FamousNews/MovieNewsFeed.aspx?page=10&Story=17882 "Amerie's in Control"] . "". July 22, 2007. Retrieved July 30, 2007.] Directed by , it borrows greatly from 's 1966 film "", [ [http://www.videostatic.com/vs/2007/week2/index.html#entry-15092108 "NEW RELEASE: Amerie "Take Control""] . Video Static. January 9, 2007. Retrieved July 30, 2007.] with some of the key scenes recreated in a contemporary setting. Unlike the film, however, flashing captions onscreen make the assassination involved more obvious. Amerie and some acolytes are shown removing the photographer's blowups from his apartment, which is implied but not shown in the film. The video has a short introduction that involves Amerie singing another song from "Because I Love It", "That's What U R". A writer for "Entertainment Weekly" called the video "nonsense, just the way I like my music videos to be" and "the stuff that music video dreams are made of ... [it] pretends to make sense by taking on something more complex than Amerie shimmying around in hot pants and heels, but don't let it fool you. The hair tossing and strut-strutting is the same here as it is in "", just on location this time ... Love it!". [Jung, Helin. [http://popwatch.ew.com/popwatch/2006/12/take_control_th.html "Popwatch Blog - Snap Judgment: Amerie's 'Take Control' video"] . "". December 8, 2006. Retrieved July 30, 2007.]

At the end of March 2007, a remix of "Take Control" by DJ Camille Starr, and featuring British-Asian vocalist , began to circulate on the internet. It is a -fused club remix of the song. The official radio remix featuring n singer Se7en was aired in May 2007, and it is only to be featured on the Asian editions of "Because I Love It". Other versions include Tracy Young's Taking Control mix and the Karmatronic mix.