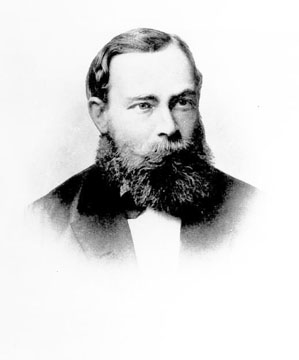 Friedrich Ludwig Gottlob Frege ( , , Grand Duchy of &ndash; , Bad Kleinen, ) (IPA2|ˈgɔtlop ˈfʁeːgə) was a German mathematician who became a ian and philosopher. He helped found both modern and . His work had a far-reaching and foundational influence on .

Frege was born in 1848 in , in the state of (the modern German federal state ). His father, Karl Alexander Frege, was the founder of a girls' , of which he was the headmaster until his death in 1866. Afterwards, the school was led by Frege's mother, Auguste Wilhelmine Sophie Frege ("née" Bialloblotzky, apparently of Polish extraction).

In childhood, Frege encountered philosophies that would guide his future scientific career. For example, his father wrote a on the German language for children aged 9-13, the first section of which dealt with the structure and of .

Frege studied at a "gymnasium" in Wismar, and graduated at the age of 15. His teacher (also a ) played the most important role in determining Frege’s future scientific career, encouraging him to continue his studies at the .

Frege matriculated at the University of Jena in the spring of 1869 as a citizen of the . In the four s of his studies there he attended approximately 20 courses of , most of them on and . The teacher most important to him was (, , and ). Abbe gave lectures on "theory of ", " and ", "theory of functions of a complex variable", "applications of physics", "selected divisions of ", and "mechanics of ". Abbe was more than a teacher to Frege: he was a trusted friend, and, as director of the optical manufacturer , he was in a position to advance Frege's career. After Frege's graduation, they came into closer correspondence.

His other notable university teachers were (subjects: "use of analysis in ", " of planes", "", "", "physical foundations of mechanics"); ("analytical geometry", "", "ic analysis", "on the and other electronic machines"); and the famous philosopher, ("history of Kantian and ").

Starting in 1871, Frege continued his studies in , the leading university in mathematics in German-speaking territories, where he attended the lectures of (""), (""), ("physical studies", ""), ("theory of "), and (""). (Many of the philosophical doctrines of the mature Frege have parallels in Lotze; it has been the subject of scholarly debate whether there was a direct influence arising from Frege's attending Lotze's lectures.)

In 1873, Frege attained his under Ernst Schering, with a under the title of "Über eine geometrische Darstellung der imaginären Gebilde in der Ebene" ("'On a Geometrical Representation of Imaginary Forms in a Plane"), in which he aimed to solve such fundamental problems in geometry as the mathematical interpretation of 's infinitely distant (imaginary) points.

Work as a logician

's theory of truth, is ultimately due to Frege.

One of Frege's stated purposes was to isolate genuinely logical principles of inference, so that in the proper representation of mathematical proof, one would at no point appeal to "intuition". If there was an intuitive element it was to be isolated and represented separately as an axiom: from there on the proof was to be purely logical and without gaps. Having exhibited this possibility, Frege's more ultimate purpose was to defend the view that is a branch of logic, a view known as : unlike geometry it was to be shown to have no basis in "intuition," and no need on non-logical axioms. Already in the 1879 "Begriffsschrift" important preliminary theorems, for example a generalized form of , were derived within what he understood to be pure logic.

This idea was formulated in non-symbolic terms in his "Foundations of Arithmetic" of 1884. Later, in the "Basic Laws of Arithmetic" ("Grundgesetze der Arithmetik" (1893, 1903)), published at its author's expense, he attempted to derive all of the laws of arithmetic by use of his symbolism from axioms he asserted as logical. Most of these axioms were carried over from his "", though not without some significant changes. The one truly new principle was one he called the Basic Law V: the "value-range" of the function "f"("x") is the same as the "value-range" of the function "g"("x") if and only if ∀"x" ["f"("x") = "g"("x")] . The crucial case of the law may be formulated in modern notation as follows. Let {"x"|"Fx"} denote the extension of the predicate "Fx", i.e., the set of all Fs, and similarly for "Gx". Then Basic Law V says that the predicates "Fx" and "Gx" have the same extension ∀x ["Fx" ↔ "Gx"] . The set of Fs is the same as the set of Gs just in case every F is a G and every G is an F. (The case is special because what is here being called the extension of a predicate, or a set, is only one type of "value-range" of a function.)

In a famous episode, Bertrand Russell wrote to Frege, just as Vol. 2 of the "Grundgesetze" was about to go to press in 1903, showing that could be derived from Frege's Basic Law V. It is easy to define the relation of "membership" of a set or extension in Frege's system; Russell then drew attention to "the set of things x that are such that x is not a member of x". The system of the "Grundgesetze" entails both that it is and that it was not a member of itself, and was thus inconsistent. Frege wrote a hasty last-minute appendix to vol. 2, deriving the contradiction and proposing to eliminate it by modifying Basic Law V. (This letter and Frege's reply are translated in 1967.)

Frege's proposed remedy was subsequently shown to imply that there is but one object in the , and hence is worthless (indeed this would make for a contradiction in Frege's system if he had axiomatized the idea, fundamental to his discussion, that the True and the False are distinct objects; see e.g. Dummett 1973). But recent work has shown that much of the program of the "Grundgesetze" might be salvaged in other ways:
* Basic Law V can be weakened in other ways. The best-known way is due to . A "concept" "F" is "small" if the objects falling under "F" cannot be put in 1-to-1 correspondence with the , that is, if: ∃"R" ["R" is 1-to-1 & ∀"x"∃"y"("xRy" & "Fy")] . Now weaken V to V*: a "concept" "F" and a "concept" "G" have the same "extension" if and only if neither "F" nor "G" is small or ∀"x"("Fx" ↔ "Gx"). V* is consistent if is, and suffices to prove the axioms of .
* Basic Law V can simply be replaced with , which says that the number of "F"s is the same as the number of "G"s if and only if the "F"s can be put into a one-to-one correspondence with the "G"s. This principle too is consistent if is, and suffices to prove the axioms of . This result is termed because it was noticed that in developing arithmetic, Frege's use of Basic Law V is restricted to a proof of Hume's Principle; it is from this in turn that arithmetical principles are derived. On Hume's Principle and Frege's Theorem, see. [ [http://plato.stanford.edu/entries/frege-logic/ Frege's Logic, Theorem, and Foundations for Arithmetic (Stanford Encyclopedia of Philosophy) ] at plato.stanford.edu]
* Frege's logic, now known as , can be weakened to so-called second-order logic. However, this logic, although provably consistent by finitistic or constructive methods, can interpret only very weak fragments of arithmetic.

Frege's work in logic was little recognized in his day, in considerable part because his peculiar diagrammatic notation had no antecedents; it has since had no imitators. Moreover, until "" appeared, 1910-13, the dominant approach to was still that of and his descendants, especially . Frege's logical ideas nevertheless spread through the writings of his student and other admirers, particularly Bertrand Russell and .

Frege is one of the founders of , mainly because of his contributions to the , including the:
*Function-argument analysis of the ;
*Distinction between ("Begriff und Gegenstand");
*Principle of ;
*;
*Distinction between the ("Sinn und Bedeutung") of names and other expressions, sometimes said to involve a .

As a philosopher of mathematics, Frege attacked the psychologistic appeal to mental explanations of the content of judgment of the meaning of sentences. His original purpose was very far from answering general questions about meaning; instead, he devised his logic to explore the foundations of arithmetic, undertaking to answer questions such as "What is a number?" or "What objects do number-words ("one", "two", etc.) refer to?" But in pursuing these matters, he eventually found himself analysing and explaining what meaning is, and thus came to several conclusions that proved highly consequential for the subsequent course of and the .

It should be kept in mind that Frege was employed as a mathematician, not a philosopher, and published his philosophical papers in scholarly journals that often were hard to access outside of the German speaking world. He never published a philosophical monograph other than "The Foundations of Arithmetic", much of which was mathematical in content, and the first collections of his writings appeared only after World War II. A volume of English translations of Frege's philosophical essays first appeared in 1952, edited by students of Wittgenstein, and , with the bibliographic assistance of Wittgenstein (see Geach, ed. 1975, introduction). Hence despite the generous praise of Russell and Wittgenstein, Frege was little known as a philosopher during his lifetime. His ideas spread chiefly through those he influenced, such as Russell, Wittgenstein, and Carnap, and through Polish work on logic and semantics.

The distinction between "Sinn" and "Bedeutung" (usually translated "Sense and Reference", but also as "Sense and Meaning" or "Sense and Denotation") was an innovation of Frege in his 1892 paper "Über Sinn und Bedeutung" ("On Sense and Reference"). According to Frege, sense and reference are two different aspects of the significance of an expression. Frege applied "Bedeutung" in the first instance to proper names, where it means the bearer of the name, the object in question, but then also to other expressions, including complete sentences, which "bedeuten" the two "truth values", the true and the false; by contrast, the sense or "Sinn" associated with a complete sentence is the thought it expresses. The sense of an expression is said to be the "mode of presentation" of the item referred to. The distinction can be illustrated thus: In their ordinary uses, the name "Charles Philip Arthur George Mountbatten-Windsor," which for logical purposes is an unanalyzable whole, and the functional expression "the Prince of Wales," which contains the significant parts "the prince of ξ" and "Wales", have the same reference, namely the person best known as Prince Charles. But the sense of the word "Wales" is a part of the sense of the latter expression, but no part of the sense of the "full name" of Prince Charles. These distinctions were disputed by Bertrand Russell, especially in his paper ""; the controversy has continued into the present, fueled especially by the famous lectures on "" of .

Imagine the road signs outside a city. They all point to (bedeuten) the same object (the city), although the "mode of presentation" or sense (Sinn) of each sign (its direction or distance) is different. Similarly "the Prince of Wales" and "Charles Philip Arthur George Mountbatten-Windsor" both denote (bedeuten) the same object, though each uses a different "mode of presentation" (sense or Sinn).