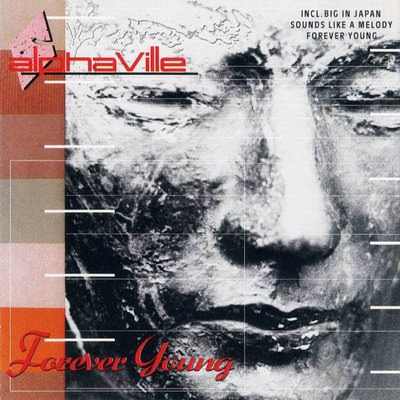 "Forever Young" was the debut album released by West German /rock group Alphaville on , , by . The album is Alphaville's most critically-acclaimed album, and an estimate 2,000,000 copies have been sold. The song, Forever Young, was not initially a popular hit with music listenersFact|date=June 2008, but has since become a standard pop song of the 1980s. The band would then slightly drop the synthpop sound and use more guitars in their next album, Afternoon In Utopia.

* The lyrics of "Summer in Berlin" have a political theme, with subtle references to the 1953 East Germany uprising and the .