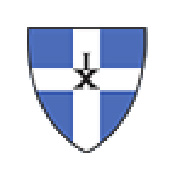 The King's School is an English situated in , . It is a member of the and the . The school is and has boarding and day pupils.

The school originated as a medieval , and it is often claimed (e.g. in the ) to have been founded in AD by St. Augustine, making it the world's oldest extant school. This is based on the fact that St. Augustine founded an abbey (within the current school's grounds) where it is known teaching took place. When the dissolution of the monasteries occurred in the reign of Henry VIII, the school was refounded as the King's School, Canterbury.

Enrolment is about 800 pupils with slightly more boys than girls in the average year. The school is located within the precincts of and St. Augustine's Abbey. In 2004, the school was subject to a regular, independent inspection, and the results can be found [http://www.isinspect.org.uk/reports/2005/0593_05.htm here] . In summary, the inspection team praised the pastoral care system, the high academic achievements of all its pupils - irrespective of their age, aptitude or ability - and the "natural and open relationships" which pupils have with each other as well as with adults.

There are 15 houses at King's. Their full names (and the initials usually used to denote each one) are shown below. Most are named after past headmasters or people of interest in the school's history, with the exception of School House, The Grange and the newest house, Carlyon. The number of pupils in each house varies and the numbers given below are from the 2005-2006 academic year.

*"The Grange" (GR) (60 boys, 1928) includes many fine architectural features taken from the Archbishop's Palaces of Laud and Parker by the family who converted the granary ruins to a family house in the 1840s. Some of the rooms in this House are named after a number of former Archbishops of Canterbury. The travel writer (who was expelled for holding hands with a girl) and were members of this House, as well as renowned celebrity chef . The "New Grange" was opened in St. Augustines Abbey, adjacent to Harvey House, on September 9 2007 by
*"Galpin's" (GL) (53 boys, 1952) was built in the 1860s as the Headmaster's house and is named after Arthur Galpin. The House is generally viewed as a good all-round house, with an emphasis on Academics. Located within the Mint Yard it is in a prime central position in the school.
*"School House" (SH) (56 boys) was the original School boarding house. The present building dates from the 1860s. The House can list many famous OKS ("Old King's Scholars"), including , the astronaut, who can be said to have gone further (at least vertically, and upwards) than any other.
*"Linacre" (LN) (57 boys, 1953) is named after , founder of the Royal College of Physicians, who was educated in Canterbury. The fine Georgian building was once the home of Canon Nelson. During visits by his brother Admiral Horatio Nelson, Lady Hamilton is reputed to have danced on a table in what is now the head of house's study. A recent Linacre OKS is .
*"Meister Omers" (MO) (53 boys, 1936) was built by Master Omer in the 13th century and has the widest fireplace in England. It was here that Edward IV held a Parliament in 1470. In 1571 Cardinal Coligny died in the house in suspicious circumstances. The arms of in the hall mark her visit in 1573.
*"Tradescant" (TR) (50 boys, 1976) is named for , the 17th century Royal gardener and plant collector, an alumnus of the school, whose father John laid out gardens nearby. The building, which is 19th century, was originally part of a missionary college.

*"Harvey" (HH) (54 girls, 1996) is a purpose-built house at St Augustine's and is named after (educated at the King's School in 1588) who demonstrated the circulation of the blood. The building was opened in 1999 by the Director of the Royal Institution, Professor .
*"Walpole" (WL) (51 girls, 1935) is named after the novelist Sir (King's Scholar 1896). Formerly a boys' house, it was the first house to undergo a sex change in the early 1990s when the school became fully co-educational. The 18th century building incorporates many remains of the mediæval Archbishop's Palace and includes the spot where 's murderers armed themselves.
*"Jervis" (JR) (45 girls, 1992) is a purpose-built house just outside the Precincts and linked to them through the city wall. It is named after Douglas Jervis OKS and his sister Norah, benefactors to the School.
*"Luxmoore" (LX) (57 girls, 1945) moved from its original buildings in Canterbury to a purpose-built house in the Precincts, opened by the Queen Mother in 1981. A sundial in the front garden records the visit in fine Latin verse. The house is named after Sir Arthur Fairfax Coryndon Luxmoore, Lord Justice of Appeal, (King's Scholar, 1889), and his own sundial stands in the back garden. Jacquetta Wheeler the acclaimed model was a member of this house.
*"Bailey" (BL) (19 Sixth Form girls) is in a mainly 18th and 19th century building which incorporates the fine 14th century Abbey gateway originally called St Ethelbert's Gate. Its present name commemorates Henry Bailey, second Warden of St Augustine's College and a good friend of the King's School.
*"Broughton" (BR) (51 girls, 1976) is named after an OKS, William Broughton, the first Bishop of Australia.

A festival of dramatic and musical events , as well as social extravaganzas open to parents, held during the last week of the summer term. OKS and the public can get tickets from the marquee on Green Court specially constructed for the occasion. Introduced by . The week culminates in Commemoration day (known as commem day) on the last day of the school year when the school leavers in 6a wear court dress and the whole school attends a service to commemorate the school benefactors. King's Week is open to the public and draws large crowds every year. Some of the most popular evens include the Jazz Concert, the Serenade in the Cloisters and the Mint Yard Play.

King's has many traditions including:
*Full Canterbury Dress: The name given to the school uniform, which consists of white shirt with wing collar, pinstripe trousers, black jacket, black socks, black tie and black shoes for the boys. Girls wear a white blouse, brooch, pinstripe skirt, black jacket, black tights and black shoes. The boys' version was introduced by , Headmaster (1935-1962). The girls' version was introduced by Anthony Phillips, Headmaster.
*Colours Jumpers: Students who have been awarded full school colours in any sport are entitled to wear a white and blue cricket jumper instead of a regulation school black jumper. Those who receive 1st team colours are entitled to wear a special tie.
*Purples: Until recently called 'monitors', these are the school prefects, who are marked out by their distinctive purple gowns. Only those in the highest year at the school may be a purple. Each house generally has one purple (the Head of House). The purples are headed by the Captain of School and a Vice-Captain.
*The Goat on the Green Court: Something of a legend among pupils, the Captain of School is allegedly allowed to keep a goat on the large lawn in the centre of the school. This particular tradition is no longer practised. The Captain of School is also allowed to grow a beard and take his wife to lessons.
*King's Scholars: An academically select group, marked by black jumpers with white trimmings that have recently replaced their distinctive black gowns, they process wearing s during school services in the Cathedral. To become a scholar, a pupil must take the Scholarship examinations prior to entry (Exhibitioners may also be elected) or, in the case of honorary scholars, achieve exceptional GCSE results (8 A*s is usually the minimum) or AS Level results. King's Scholars are part of the Foundation and have a role in the Enthronement of the .
*Gatings: Uniform Gating: A form of punishment that requires pupils to wear Canterbury Dress all day every day or prevents them leaving the school at all for up to a week.
*Breakfast Gating: A form of punishment by which the pupil to report to breakfast at 7:30.
*Supper Leave/Pub Leave: A recent privilege extended to Sixth Formers, whereby pre-approved groups of people may go into town for supper or visit a pub for one night.
*The House Shout: Two shouting competitions. One takes place between The Grange and School House which, until the building of Mitchinson's House, were opposite each other. Held on the last day of each term. Members of the Grange would assemble outside Lattergate House (later re-named Algy's) from where School House is visible and call out the House Shout from that vantage point. School House would then come out and the Purple of Galpins would adjudicated the victor on wittiness, clarity, volume and house spirit. This tradition has not been held in recent years. The second House Shout takes place between Linacre and Meister Omers, and is an annual tradition that is not adjudicated.
*Monitors' Canes: A privilege given to School Monitors (Purples) and House Monitors. Purples are allowed black canes and House monitors are allowed wood coloured canes. The Head of the CCF is also allowed to carry a . *Younger Purples: A tradition in which a certain member of each house (traditionally the shortest person is chosen) are given the purple gown on days when it is a charity non uniform day. This allows the designated person to exercise the rights of the Purples.
*Green Court Privilege: Only those in 6a (the final year) are allowed to walk across Green Court; everyone else must walk around it.

In 2005 the (OFT) provisionally found that the school exchanged detailed information about prospective fee increases with approximately 50 other prominent UK independent schools, including Eton and Sevenoaks. [ [http://www.oft.gov.uk/News/Press+releases/2005/214-05.htm OFT press release 9 Nov 2005] ] The OFT stated that "regular and systematic exchange of confidential information as to intended fee increases was anti-competitive and resulted in parents being charged higher fees than would otherwise have been the case."

Upon hearing of the OFT's objections, the school immediately refrained from this practice and has since remained in full cooperation with the OFT.

King's offers a wide range of sports, emphasis being on , , Football, and for Boys, and primarily Hockey, Netball or Lacrosse for Girls. Other sports have varied levels of success. King's is recognised as a centre of excellence for Fencing, and produces junior internationals at an alarming rate. King's also fields a Rowing 1st VIII every year, which competes at high levels of competition, including , for which King's holds the record for most finals reached without winning. The Girls' first team for hockey won the 2007 National Indoor Championships, beating Bromsgrove on penalty flicks. The Boys' 1st XI for Football reached the Semi-Finals of the Schools' FA Cup in 2004.

The King's School also has a feeder preparatory school, founded in 1879. The school, which is mixed, currently has around 425 pupils, ages 3 to 13, and is located at Milner Court in . Originally based in the crypt of Canterbury Cathedral, the current site was donated by Lady Milner following the death of Lord Alfred Milner in 1925. The buildings on site were opened by in 1929. Further extensions include a Sports Hall () and a block ().

Between a third and a half of the pupils at King's previously attended JKS. The current Headmaster is Peter M. Wells.