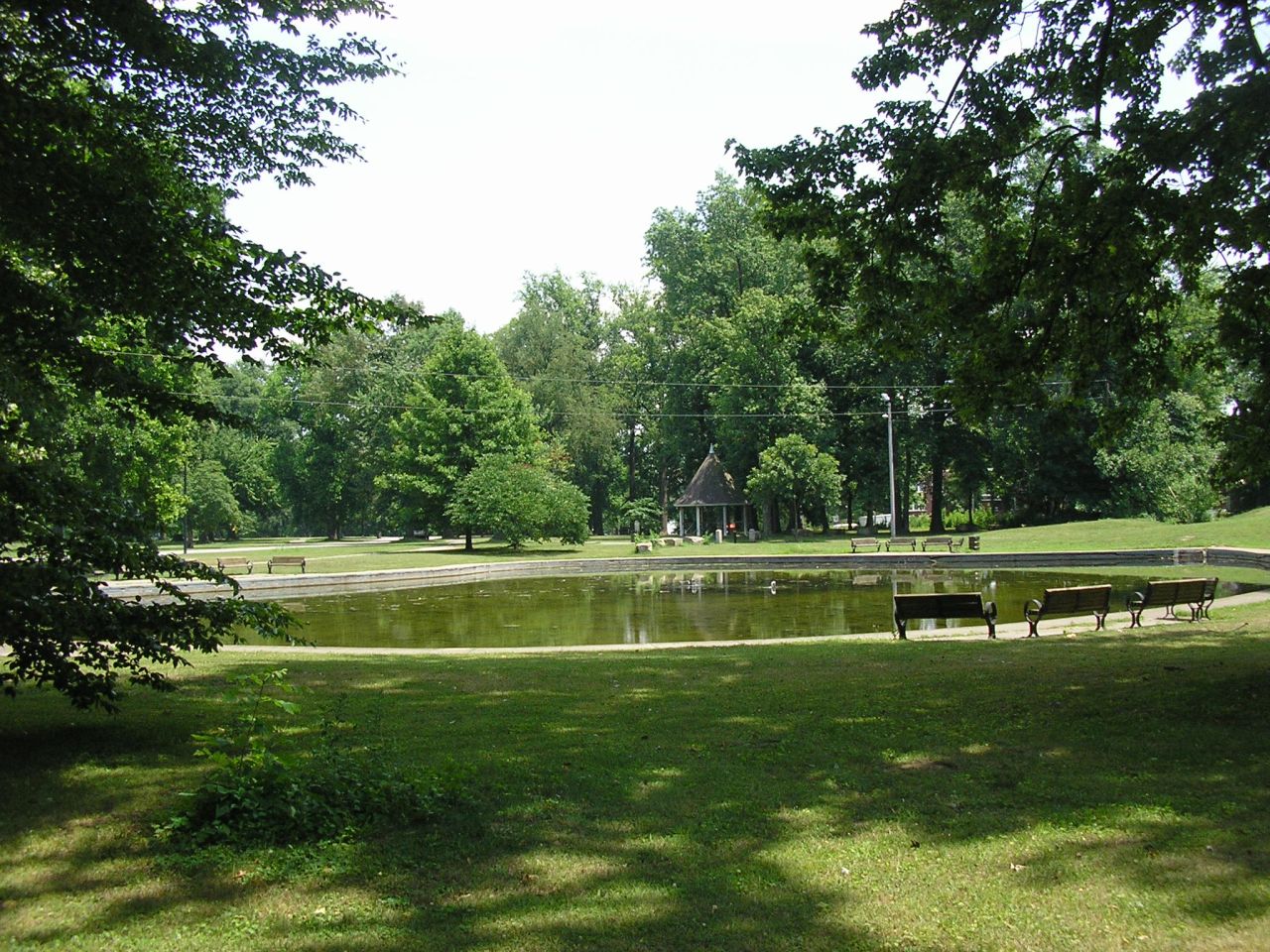 Shawnee Park is a municipal in . It was designed by , who designed 18 of the city's 123 public parks. Along with the rest of the city's Olmsted-designed park system, Shawnee Park was added to the in 1982. [cite paper|publisher=|title=National Register of Historic Places Inventory|date=1982-05-17]

Shawnee Park was proposed in 1890 as one of the free flagship parks in Louisville's new park system. All three were located on the geographic edges of the city, in Shawnee's case it was the western edge bordering the Ohio River. The land at the time was still mostly used for s, but it was clear residential development was imminent even without the park. Shawnee was the slowest of the parks to develop, as much of the land was already owned by investors who figured they could increase the sale price by holding out.

The city had to condemn the properties to acquire the land for park, and won its case in 1895. In 1896 the city began to create access to the park, another area in which Shawnee was lagging behind the other two parks. River Park Drive was paved in 1899, but the Broadway entrance remained unfinished until 1914.

The Olmsted firm initially advised the city not to build a golf course at Shawnee Park due to the "grave danger to visitors in the park and especially the children" but demand was such that the course was built anyway in 1927. [cite book|title=Louisville Parks|year=1938|publisher=Louisville Board of Park Commissioners]

All three parks had the intended effect of spurring residential development near them. The interest was so great that developers found themselves advertising the parks rather than their own developments, as the highest prices would exist for the park percieved to be best. Dozens of subdivisions were built near Shawnee Park, and the neighborhood itself came to be called Shawnee. [cite book|title=Louisville's 19th Century Suburban Growth|author=English, Judith Hart|publisher=University of Louisville|year=1972|pages=84-103]

Shawnee Park was legally restricted to whites from 1924 to 1954, although park officials and police had a policy of denying blacks access to the park for some years prior to that. [cite book|title=Life Behind a Veil|year=1985|pages=274-276|author=Wright, George C.|isbn=0807130567|publisher=] The only sizable park blacks were allowed access to was nearby , which many people entered by traveling through Shawnee. [cite book|title=The Rest of the Dream: The Black Odyssey of Lyman Johnson|pages=130|author=Johnson, Lyman T. and Hall, Wade H.|publisher=|isbn=0813116740|year=1988]

Although now overshadowed by the , Shawnee boasts an expansive Great Lawn which is very useful for formal gatherings. The Great Lawn, the principal feature of the park, is enclosed by plantings and a circular drive that is lined with trees.

Louisville's , which passes through Shawnee Park, extends across Louisville's waterfront, which is an extensive, mostly flat pedestrian pathway. The one-way distance between the Belvedere and Shawnee Park is 6.2 miles.