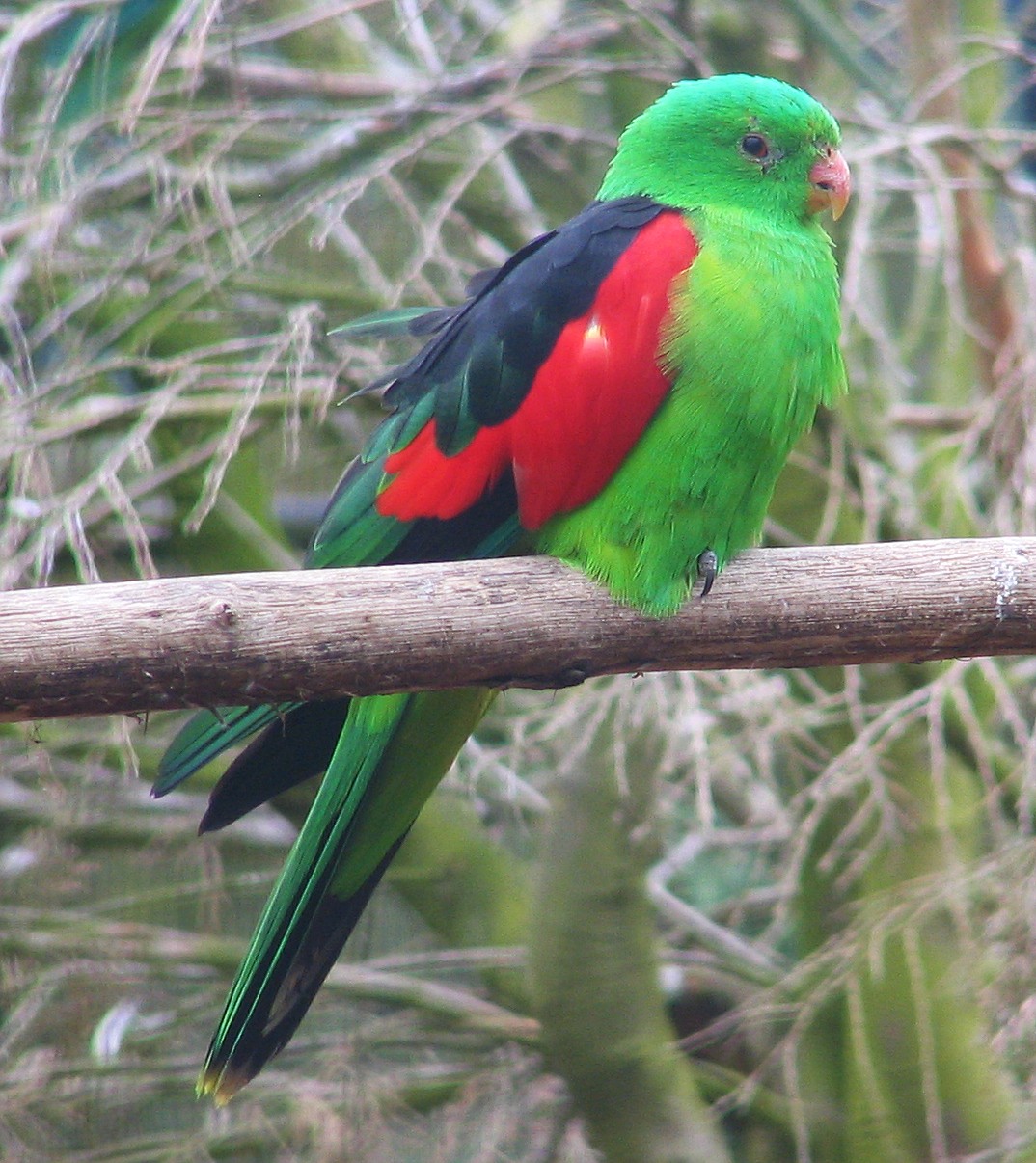 The Red-winged Parrot ("Aprosmictus erythropterus"), is a native to and .

The Red-winged parrot is typically about 30 to 33 cm (12-13 in) in length. Both genders have bright red s and a bright green . The male s have a black , lower blue back and with a yellow tip on their , an orange bill and grey feet. The female birds on the other hand have a yellowish green body and the wings have red and pink trimmings on their wings. Also distinguishing the females are a dark iris and the lower back is a light blue colour. Juvenile parrots resemble females in colouration and it take males two years and females a year and a half to develop adult plumage.

Their range is from the , to , (to be seen almost all over Queensland) and as south as northeast . They are occasionally spotted in . These birds inhabit s, edges, scrub, , s, and farmlands. They are seen often in pairs or flocks near .

Their diet typical consists of seeds from , , berries, s, and s. The birds' call are "ching-ching", "chink-chink" or thin screeching.

The birds typically breed in spring and but breeding times depends on their location. A hollow space in a tree usually acts as for breeding with a height of 11 s from the ground. Generally, three to six white eggs are laid per season, the eggs being 31 in length. The female incubates while the male searches for food. The chicks stay with their parents for about five weeks. It has been hybridised with the Australian King Parrot.Fact|date=April 2008 The hybrid is fertile and breeds true to form. Fact|date=April 2008