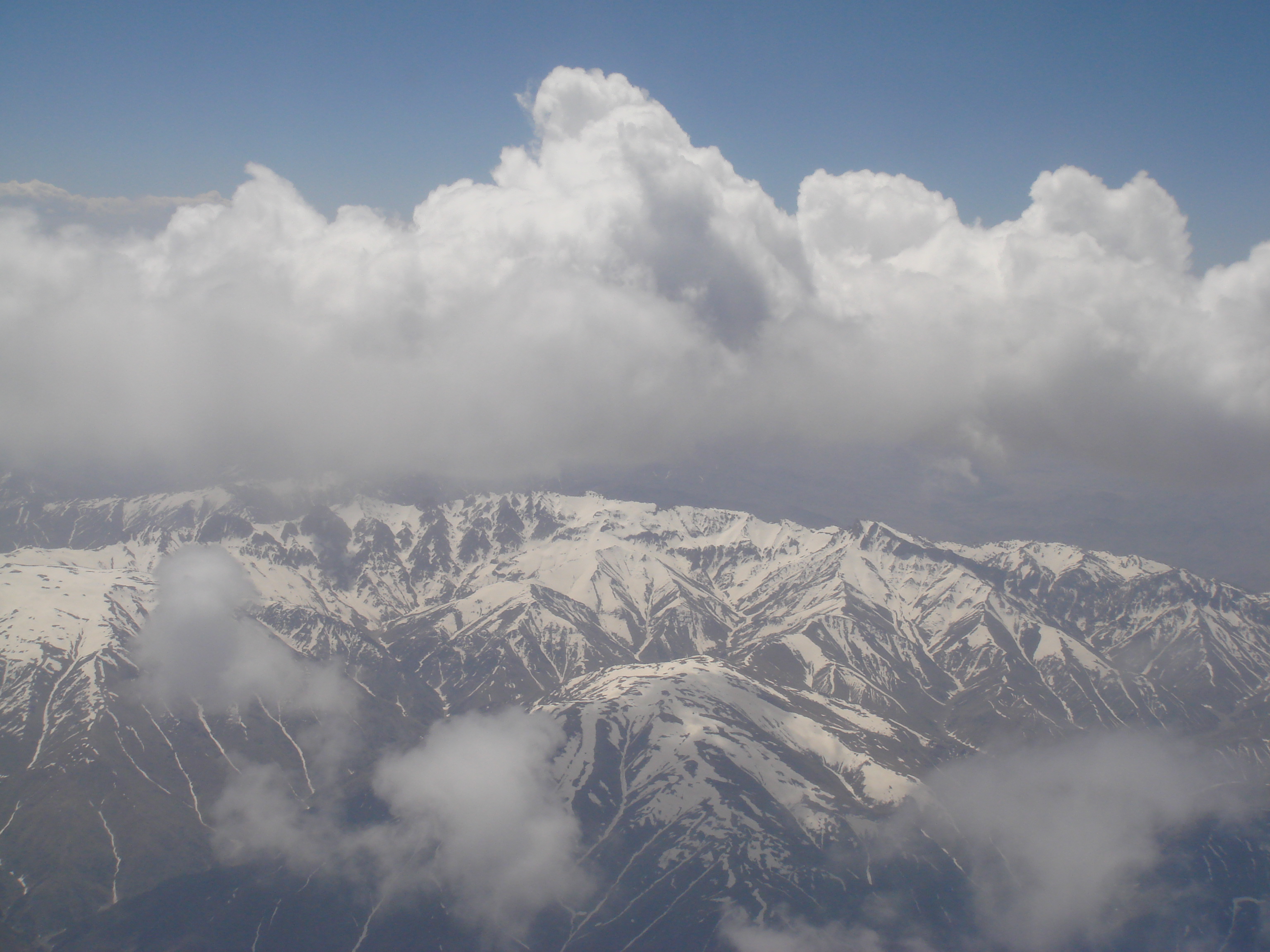 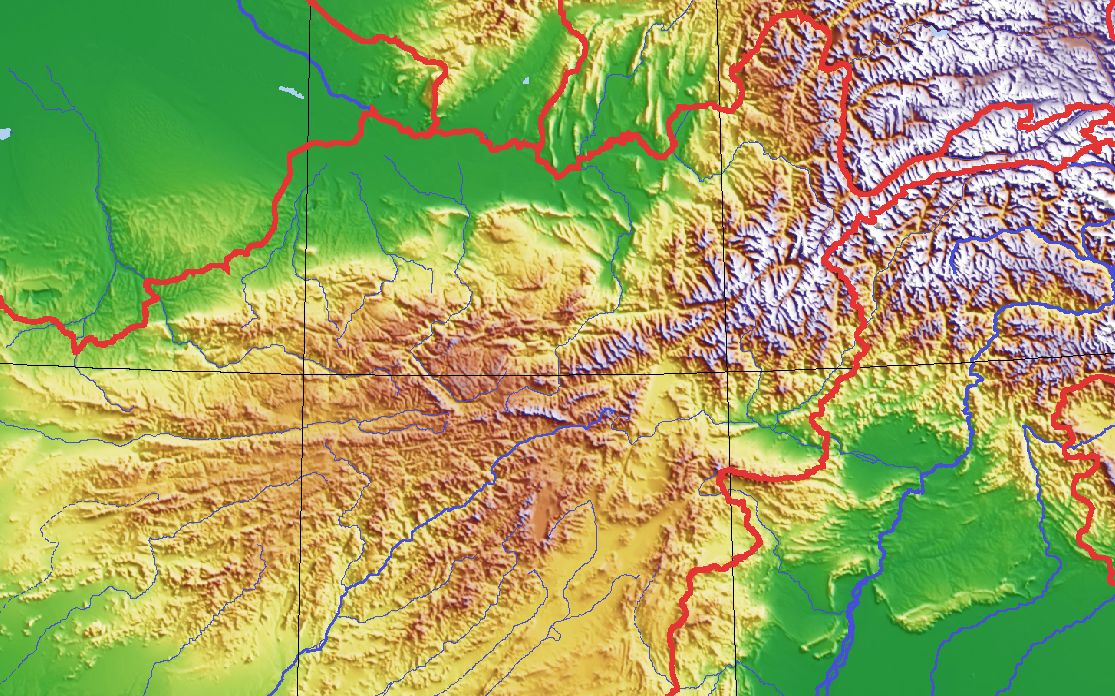 map_size = 270
map_caption =
map_locator =
commons =
statistics =
website =
footnotes = The Hindu Kush is a located between and . The name "Hindu Kush" literally translates to "Killer of Hindus mountain" in the local language as many Hindu (Indian) slaves died throughout this mountain range. It is the westernmost extension of the , the Range, and is a sub-range of the . It is also calculated to be the geographic of the . [ [http://www.ined.fr/fichier/t_publication/141/publi_pdf2_pop_and_soc_english_368.pdf Claude Grasland and Malika Madelin, "The unequal distribution of population and wealth in the world", "Population & Sociétés" No. 368 (May 2001)] ]

The name Hindu Kush is usually applied to the whole of the range separating the basins of the Kabul, and Helmand rivers from that of the (or ancient Oxus), or more specifically, to that part of the range to the northwest of .

documents refer to the Hindu Kush as " ".

In some of the that are still spoken in the region many peaks, mountains, and related places in the region have "Kosh" or "Kush" in their names. In the of the period, "" referred to the inhabitants of the area around and beyond the , or "Hind" - the people who were followers of Hinduism. The name is also said to be a corruption of Hindu Koh, from the (modern) Persian word , meaning mountain. James Rennell, writing in 1793, referred to the range as the "Hindoo-Kho or Hindoo-Kush" [ [http://books.google.com/books?id=Vm8IAAAAQAAJ&pg=PR13&dq=%22James+Rennell%22+%2B%22memoir+of+a+map+of+hindoostan%22&source=gbs_selected_pages&cad=0_2#PPA150,M1 James Rennell, "Memoir of a Map of Hindoostan; Or The Mogul Empire ...," London, W. Bulmer (1793), fn. p. 150] ] .

There are others who consider this origin to be false and put forward alternate possibilities for its origin, although these are usually considered to be Fact|date=July 2007:

s that flow from the mountain system include the , the Hari River and the , watersheds for the .

Numerous high passes ("kotal") transect the mountains, forming a strategically important network for the transit of caravans. The most important is the (3,878 m); it links and points south to northern Afghanistan. The completion of a tunnel within this pass in 1964 reduced travel time between Kabul and the north to a few hours. Previously access to the north through the (3,260 m) took three days. The at 3,363 m and the extensive network of galleries on the approach roads were constructed with Soviet financial and technological assistance and involved drilling 1.7 miles through the heart of the Hindu Kush.

Before the was constructed, the most famous passes in the Western historical perceptions of Afghanistan were those leading to the Asian subcontinent. They include the (1,027 m), in , and the (2,499 m) east of Kabul, which was superseded in 1960 by a road constructed within the 's most spectacular gorge, the . This remarkable engineering feat reduced travel time between Kabul and the border from two days to a few hours.

The roads through the Salang and Tang-e Gharu passes played critical strategic roles during the U.S. invasion of Afghanistan and were used extensively by heavy military vehicles. Consequently, these roads are in very bad repair. Many bombed out bridges have been repaired, but numbers of the larger structures remain broken. Periodic closures due to conflicts in the area seriously affect the economy and well-being of many regions, for these are major routes carrying commercial trade, emergency relief and reconstruction assistance supplies destined for all parts of the country.

These mountainous areas are mostly barren, or at the most sparsely sprinkled with trees and stunted bushes. Very ancient mines producing are found in Kowkcheh Valley, while gem-grade s are found north of Kabul in the valley of the Panjsher River and some of its tributaries. The famous 'balas rubies', or s, were mined until the 19th century in the valley of the Ab-e Panj or Upper Amu Darya River, considered to be the meeting place between the Hindu Kush and the Pamir ranges. These mines now appear to be exhausted.

Chitral is considered to be the pinnacle of the Hindu Kush region. The highest peaks, as well as countless passes and massive glaciers, are located in this region. The , , and s are amongst the most extensive in the Hindu Kush and the meltwater from these glaciers form the , which eventually flows south into Afghanistan and joins the Bashgal, Panjsher, and eventually the much smaller .

The jazz musician wrote a song called "Halfway Up the Hindu Kush", probably because in the 1960s and 70s Afghanistan was depicted in the media as the romantic haven of nomads and a resort for hashish-smoking hippies.

After historical military presence since the time of , the recent caused the presence of and fighters and then . Currently ’s presence made the forces to shift their operation in the mountain ranges. [ [http://www.alpinist.com/doc/ALP18/short-march-hindu-kush-ed-darack A Short March to the Hindu Kush] , Alpinist 18.] [cite web |url=http://www.livius.org/aj-al/alexander/alexander_t16.html |title=Alexander in the Hindu Kush |publisher=Livius. Articles on Ancient History |accessdate=2007-09-12]

* (1877). “The Northern Barrier of India: a popular account of the Jammoo and Kashmir Territories with Illustrations.” Frederic Drew. 1st edition: Edward Stanford, London. Reprint: Light & Life Publishers, Jammu. 1971.
* Gibb, H.A.R. (1929). Ibn Battūta: Travels in Asia and Africa, 1325-1354. Translated and selected by H.A.R. Gibb. Reprint: Asian Educational Services, New Delhi and Madras, 1992.
* (1876). "The Roof of the World: Being the Narrative of a Journey over the high plateau of Tibet to the Russian Frontier and the Oxus sources on Pamir." Edinburgh. Edmonston and Douglas. Reprint: Ch’eng Wen Publishing Company. Tapei. 1971.
* (1890). "Dardistan in 1866, 1886 and 1893: Being An Account of the History, Religions, Customs, Legends, Fables and Songs of Gilgit, Chilas, Kandia (Gabrial) Yasin, Chitral, Hunza, Nagyr and other parts of the Hindukush, as also a supplement to the second edition of The Hunza and Nagyr Handbook. And An Epitome of Part III of the author's 'The Languages and Races of Dardistan"'. Reprint, 1978. Manjusri Publishing House, New Delhi. ISBN 8120612175
* Yule, Henry and Burnell, A. C. (1886). "Hobson-Jobson: The Anglo-Indian Dictionary". 1996 reprint by Wordsworth Editions Ltd. ISBN 185326363X
* [http://lcweb2.loc.gov/frd/cs/aftoc.html "A Country Study: Afghanistan," ] .
*'Halfway up the Hindu Kush' a song by on her second album "Piece by Piece".