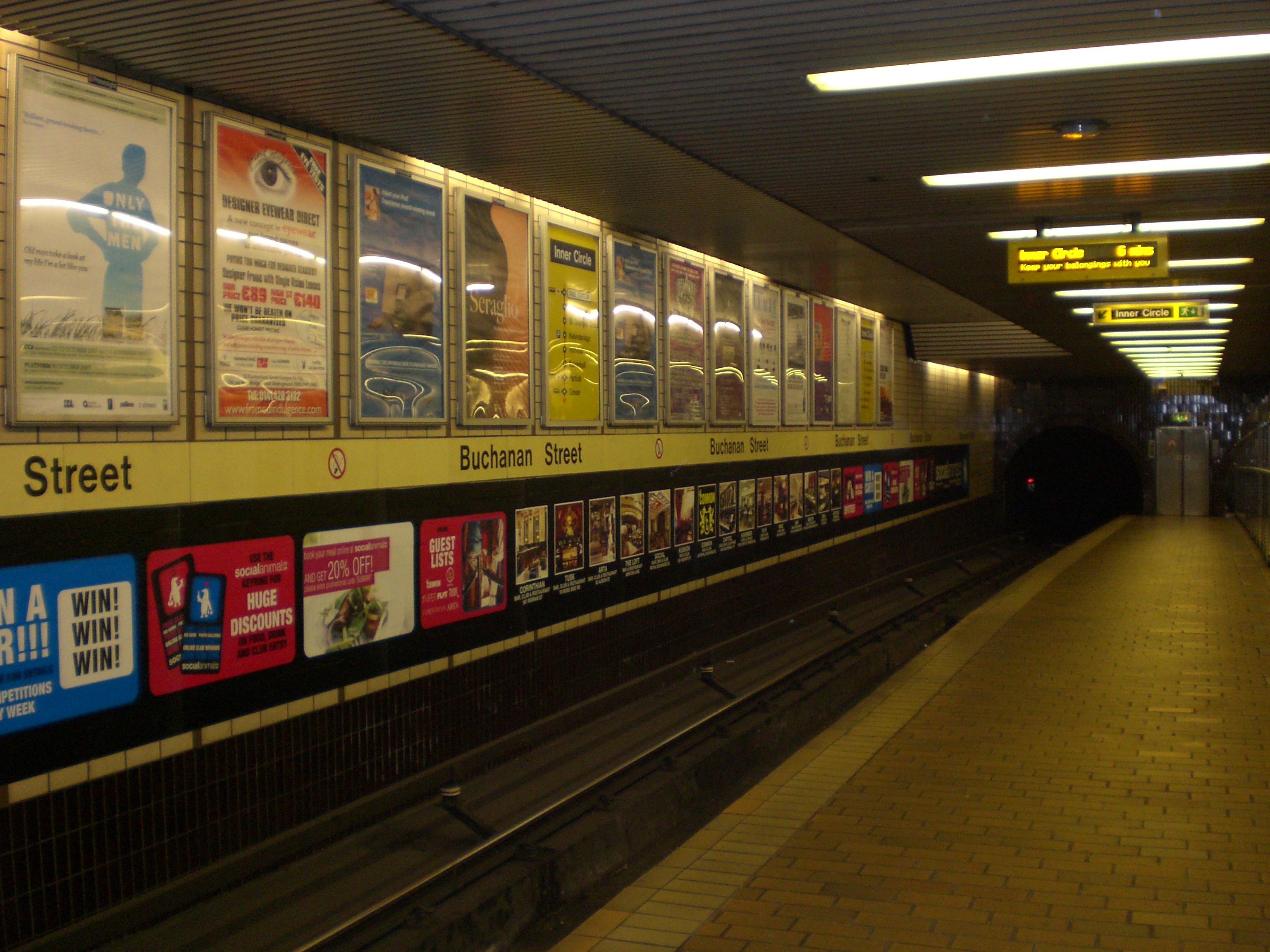 Buchanan Street subway station is a station on the in , . It serves , which is popular with shoppers. This, combined with the proximity to and interchange with via a , make it the busiest station on the Subway with 2.54 million passengers in the 12 months ending 31 March 2005. [ [http://www.spt.co.uk/subway/facts01.html SPT - Subway - Facts and Figures] , retrieved 12th June 2006]

When originally built in 1896, the station had a single serving both tracks. An additional was added as part of the 1977-1980 modernisation scheme. The island platform has recently had a glass wall added on the non-train side, which separates the train boarding from the side platform from being accessed by passengers on the island platform. Each platform has a single stairway linking it to the ticket hall which causes congestion during the peak hours due to conflicting passenger movements sharing the same space.

Other than St Enoch it is the only station to feature a subterranean ticket hall, and surface buildings are restricted to new mid-street entrance canopy which was rebuilt in 1999 as part of the repaving of Buchanan Street. This new canopy holds particular interest as it is constructed entirely using structural glass - i.e. all beams and columns as well as the walls and roof are made from . This is especially unusual in the case of the columns.

Part of carriage 41 (from the Subway's pre-1977 rolling stock) is preserved within the station.