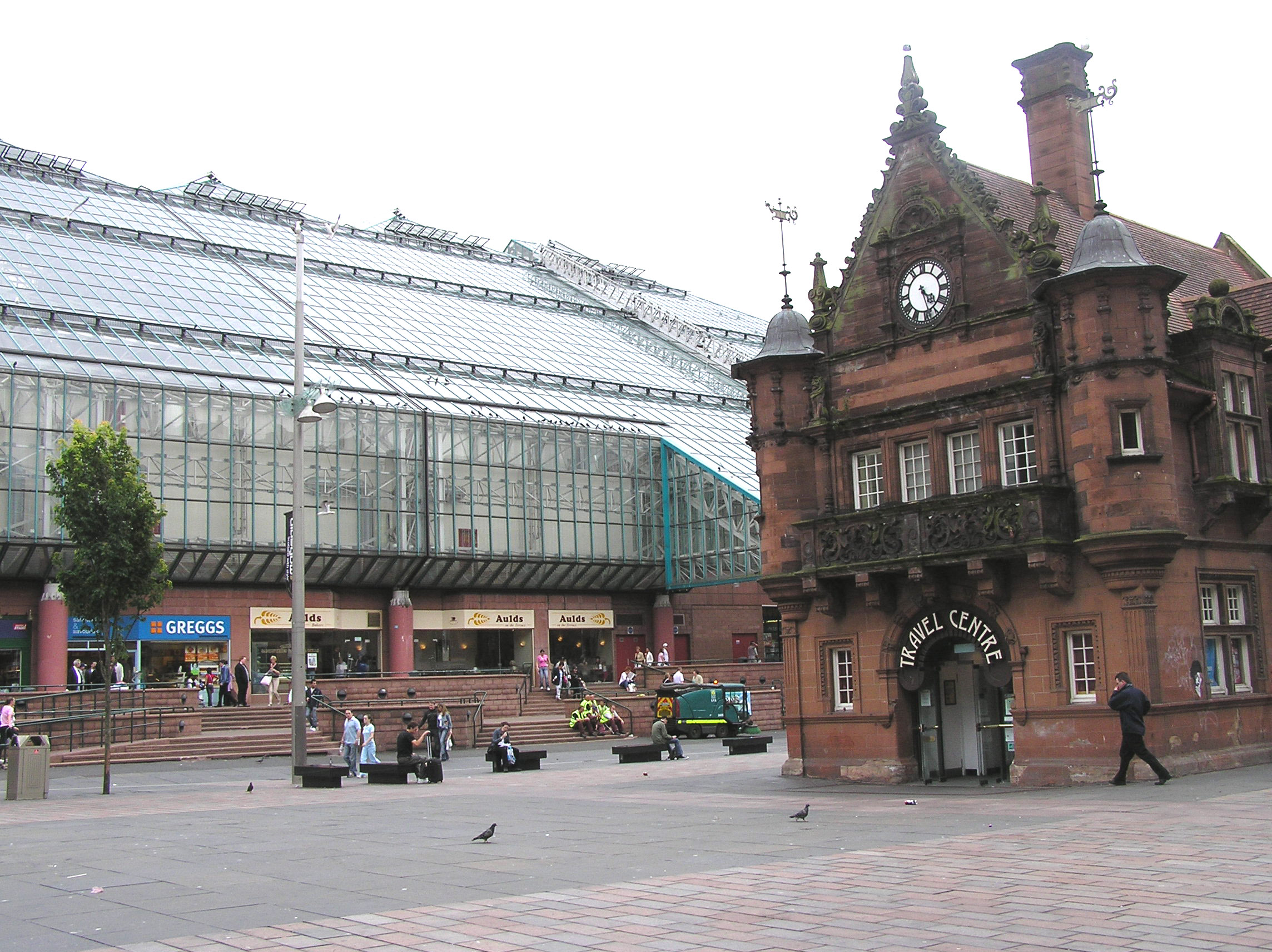 St Enoch subway station is the first station on the north of the on the . It is located in city centre, . Although it does not have direct interchange with the main line railway, it is located approximately halfway between Glasgow Central station and , within a few minutes' walk to both.

Above ground, the station building housed both a booking office and the headquarters of the original Glasgow District Subway Railway Company. This was (and is) the Subway's most distinctive building - an ornate, Jacobean, late Victorian red sandstone structure; designed by James Miller in 1896. It still stands - it was carefully preserved during the modernisation of the Subway in 1977, even being jacked up in the air for a while, during reconstruction of the subsurface platforms. It was no longer used as a ticket office following the 1977-1980 modernisation, it is was used as a travel information centre by SPT. The building became disued with the Travel Centre facilities being moved to the underground ticket hall in 2008.

The station is now entered through a pair of canopies located on either side, and other than Buchanan Street, is the only station to feature a subterranean ticket hall. The station originally featured a single , though this was replaced by a dual layout during the modernisation programme.Fact|date=February 2007

The adjacent former remained open until 1966, until it was closed during the . Thereafter it was used as a car park until it was demolished and replaced by the in the late 1980's.