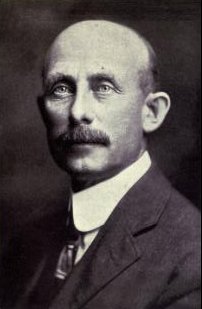 Born in Township of King, York County, , the son of William and Louisa Henry, Henry was educated at the public schools of Toronto, and the where he received a B.A. and LL.B. He also spent a year at the and decided to become a farmer in . He was a member of York Township Council from 1903 until 1910. He was reeve from 1906 to 1910 and was elected warden of York in 1909. [cite book|title=A cyclopædia of Canadian biography|year=1919|publisher=Hunter-Rose Company|url=http://www.archive.org/details/cyclopdiaofcan00charuoft]

He was first elected to the in 1913 as a Conservative. In 1920 he ran for the leadership of the provincial Conservatives at that party's first ever but lost to who led the party to victory in the subsequent general election. From 1923 to 1930, Henry served as Minister of Highways in the Ferguson government, expanding on the highway system that was initiated by the previous government of .

When Ferguson stepped down in 1930, barely a year into the , Henry succeeded him as Conservative party leader and of Ontario. Henry continued the programme of building roads, extending Ontario's highway system from 670 km to 3888 km.

Construction of Canada's first four lane controlled access , the to , is the most lasting achievement of the highway program. Henry was opposed to government intervention to deal with the economy. Aside from building roads, his government did little to alleviate public suffering during the Depression, such as unemployment in the cities, or the collapse of prices for farm products in the country. Henry's government, like the federal government of , established work camps for jobless men. They were established not so much to provide social welfare, but rather as social control, i.e., to evacuate this potentially radical element from the cities. The work camps also provided a source of labour for the construction of Henry's highway system.

In the 1934 election, George Henry sought a new mandate from the voters in his first election as Premier. Some felt the government had little to offer beyond more road construction, and the Tories were soundly defeated by the led by .

Henry's farm, now in the North York part of the City of , became a subdivision of suburban houses in the 1960s, called "". George S. Henry Academy is a public high school nearby.