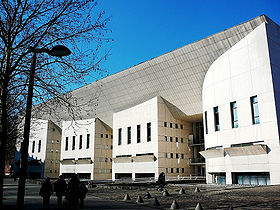 The conservatories operate under the auspices of the Ministry of Culture and Communication. 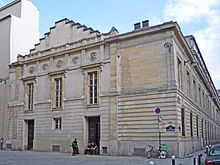 Former Conservatoire building (until 1911) in the 9th arrondissement of Paris, which now houses the CNSAD.

The origins of the Paris Conservatoire can be traced back to the creation of the École Royale de Chant (literally, The Royal School of Singing) by decree of Louis XIV on 28 June 1669. It was reconstituted by the composer Gossec in 1784.

In 1793, the Ecole Royale was combined with a school for musicians of the National Guard, and named the Institut national de musique.

In 1795, the National Convention established during the French Revolution refounded it as the Conservatoire national supérieur de musique, and the Conservatoire's first 350 pupils commenced their studies in October 1796.

By the 1940s, the Paris Conservatories had grown and become one of the biggest and most prestigious in Europe. In 1946, the Conservatoire was split into three Conservatories; one for music and dance, and one for the dramatic arts. The conservatories train more than 1,200 students in structured programs, with 350 professors in nine departments. 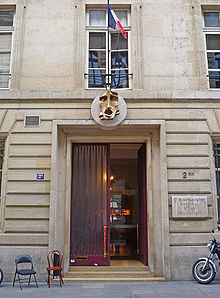 The Conservatoire national supérieur d'art dramatique ("National Superior Conservatory of the Dramatic Arts") is the conservatory for acting, drama, and theatre, known by its acronym CNSAD.

The organ on site was built in 1991 by a firm from Austria.

A complete list of teachers and accompanists at the Conservatoire de Paris can be found here: Les enseignants