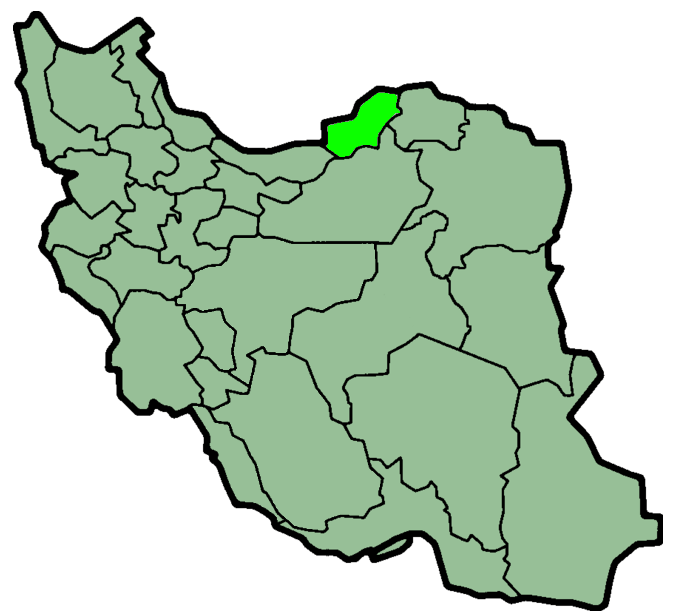 It was split off from the province of in . Present-day Gorgan was called Esteraba or Astarabad until 1937.

Golestan enjoys mild weather and a temperate climate most of the year. Geographically, it is divided into two sections, the plains and the mountains of the range. In the eastern Alborz section, the direction of mountains faces northeast and gradually decreases in height. The highest point of the province is "Shavar", at 3,945m. in elevation.

Human settlements in this area date back to 10 000 BCE. Evidence of the ancient city of "Jorjan" can still be seen near the current city of Gorgan. This was an important city of Persia, located on the .

The Turkmens reside in the north of the province, particularly in the cities of and . Other ethnic groups such as s, , , and also reside in this area, and have preserved their traditions and rituals.

The and dynasties of Persia were from this region. They were known for the revival of pre-Islamic Persian culture. For example, Buwayhid leaders entitled themselves as Shâhanshâh (شاهنشاه), literally "king of kings", a term used by Sassanid rulers.

The world's tallest brick tower stands in this province. It is the famous , built by a famous Amir of this region.