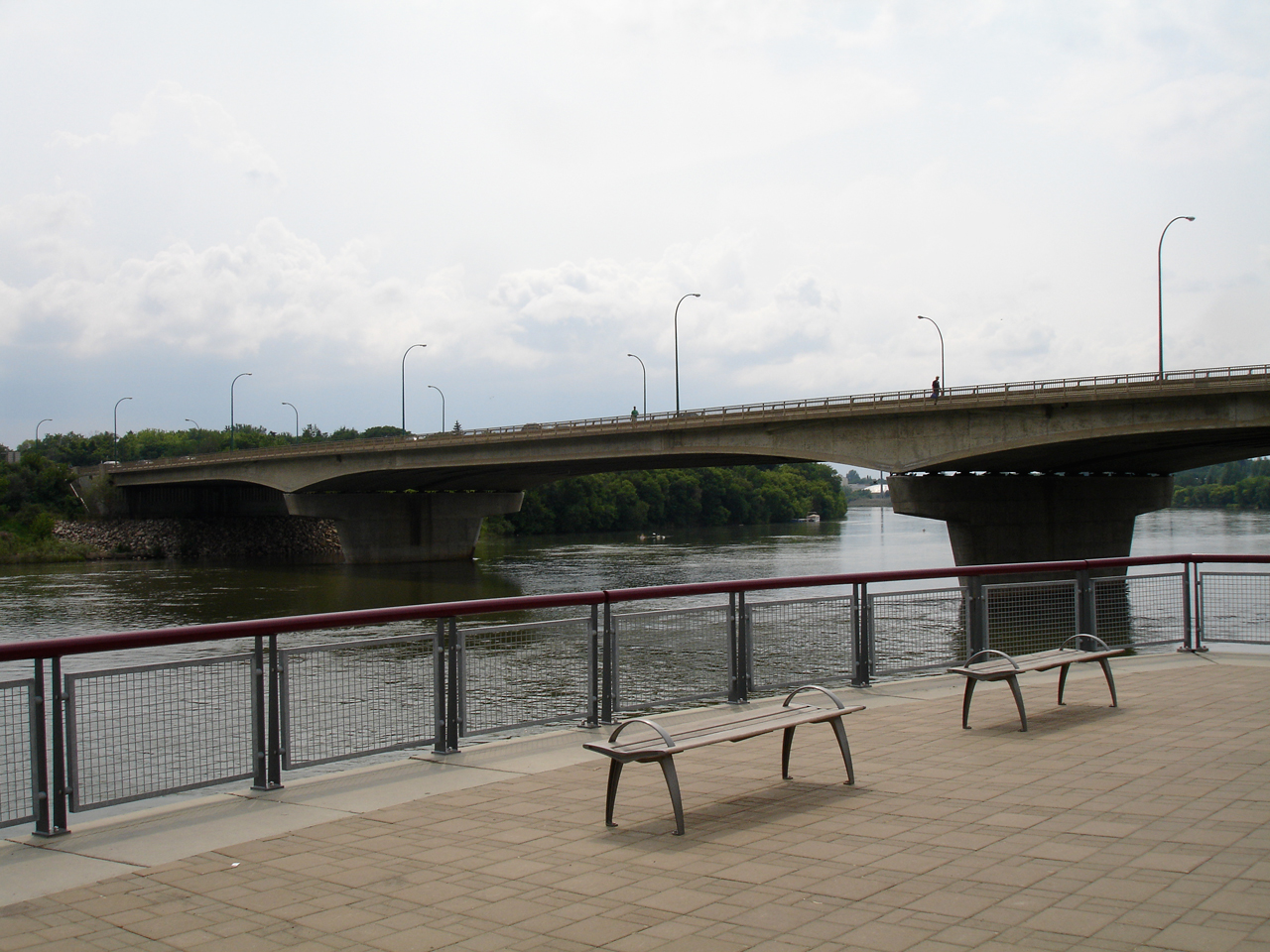 Senator Sid Buckwold Bridge is a bridge that spans the between west and east shore , , . It was built in , on the same site as the original Qu'Appelle, Long Lake and Saskatchewan (later CN Rail) bridge.

Construction of the bridge was one of several simultaneous, interconnected major projects that occurred in Saskatoon during the mid-to-late 1960s. Related projects included: the construction of the Midtown Plaza shopping centre and CN Towers office block which followed the demolition of the former CNR Station and the removal of the attending railyard and CNR Bridge; construction of the Saskatoon Centennial Auditorium (now called TCU Place) also on former railway land; and construction of the Idylwyld Freeway itself from 20th Street southwards to just south of Ruth Street where it joined with another late-60s freeway project, the south east leg of Circle Drive.

Also known by its former name, the Idylwyld Bridge and, by locals, as the Freeway Bridge, the structure was renamed in honor of former mayor and senator in 2001, following Buckwold's death.