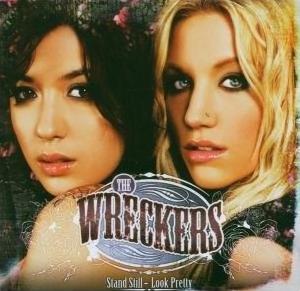 "Stand Still, Look Pretty" is the debut album by the duo , a duo consisting of and . It was released in the on , (see ) and has been released in other countries.

The first single, "", peaked at number thirty-four on the U.S. "Billboard" Hot 100 and topped the chart.

1 Track 13 on the Australian edition.

2 On bonus version with DVD.