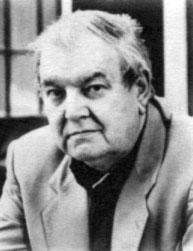 Born to Scottish parents in , , Fraser was educated at Carlisle Grammar School and [http://www.telegraph.co.uk/news/main.jhtml?xml=/news/2008/01/03/db0304.xml] . In 1943, during , he enlisted in the . He was assigned to 9 Section, B Company, 9th Battalion (Bn) in the , known as the Black Cat Division for the flashes worn by the troops. Fraser was made a four times, but was reduced to private three times for minor offences, one of them losing a tea urn. He finally kept the rank and held it until he went to the Selection Board (WOSB) for a commission. He detailed his active service with the Border Regiment in his autobiographical book, "Quartered Safe Out Here".

After completion of his OCTU (Officer Cadet Training Unit) course, Fraser was granted a commission into the . He served with them in the and immediately after the war. Fraser decided against remaining with the army and took up his . He has written mainly factual stories and anecdotes of his time with the Gordon Highlanders in the so-called "McAuslan" series.

After his discharge, Fraser returned to Scotland. He worked on the "Carlisle Journal" and married another journalist, Kathleen Hetherington.

George MacDonald Fraser was made an Officer of the Order of the British Empire (OBE) in 1999.

A traditionalist, he was an outspoken patron of the , which opposes compulsory conversion to the metric system. Fact|date=February 2008

He is the father of novelist .

Fraser's other works include:
*"Quartered Safe Out Here" (1992), a memoir of his experiences as an infantryman in the Border Regiment during the of
*The "Dand MacNeill" or "McAuslan" stories, a semi-autobiographical series of short stories based on the author's experiences in the in and soon after World War II. Some of the stories were originally by-lined "by Dand MacNeill", a play on the regimental motto BYDAND, meaning standfast:
**"The General Danced at Dawn" (1970)
**"McAuslan in the Rough" (1974)
**"The Sheikh and the " (1988)
*"The Steel Bonnets" (1971), a history of the of the Anglo-Scottish Border.
*"The Hollywood History of the World: From" One Million Years B.C. "to" Apocalypse Now". "(1988, revised 1996) The book discusses how deals with history. It concludes that the standard of historical analysis in most movies is far better than one might imagine. The text is illustrated by comparative images of figures from history and the actors who portrayed them in film. In many cases the similarities are striking.
*"" (1983), a tongue-in-cheek novel incorporating all the possible film plots into one.
*"Black Ajax" (1997), a novel about , a 19th century black prizefighter in England. (As in "Mr American", this novel is also connected to the Flashman series - in this case Sir Harry Flashman's father plays a minor role.)
*"" (1980), a novel about a mysterious American in England, the book comes to life in the hero's dealings with the aged General Harry Flashman.
*"The Candlemass Road" (1993), a short novel about the of the 16th century.
*"The Light's on at Signpost" (2002), a memoir of the author's days writing in , interspersed with passionate critiques of and .
*"The Reavers" (2007)