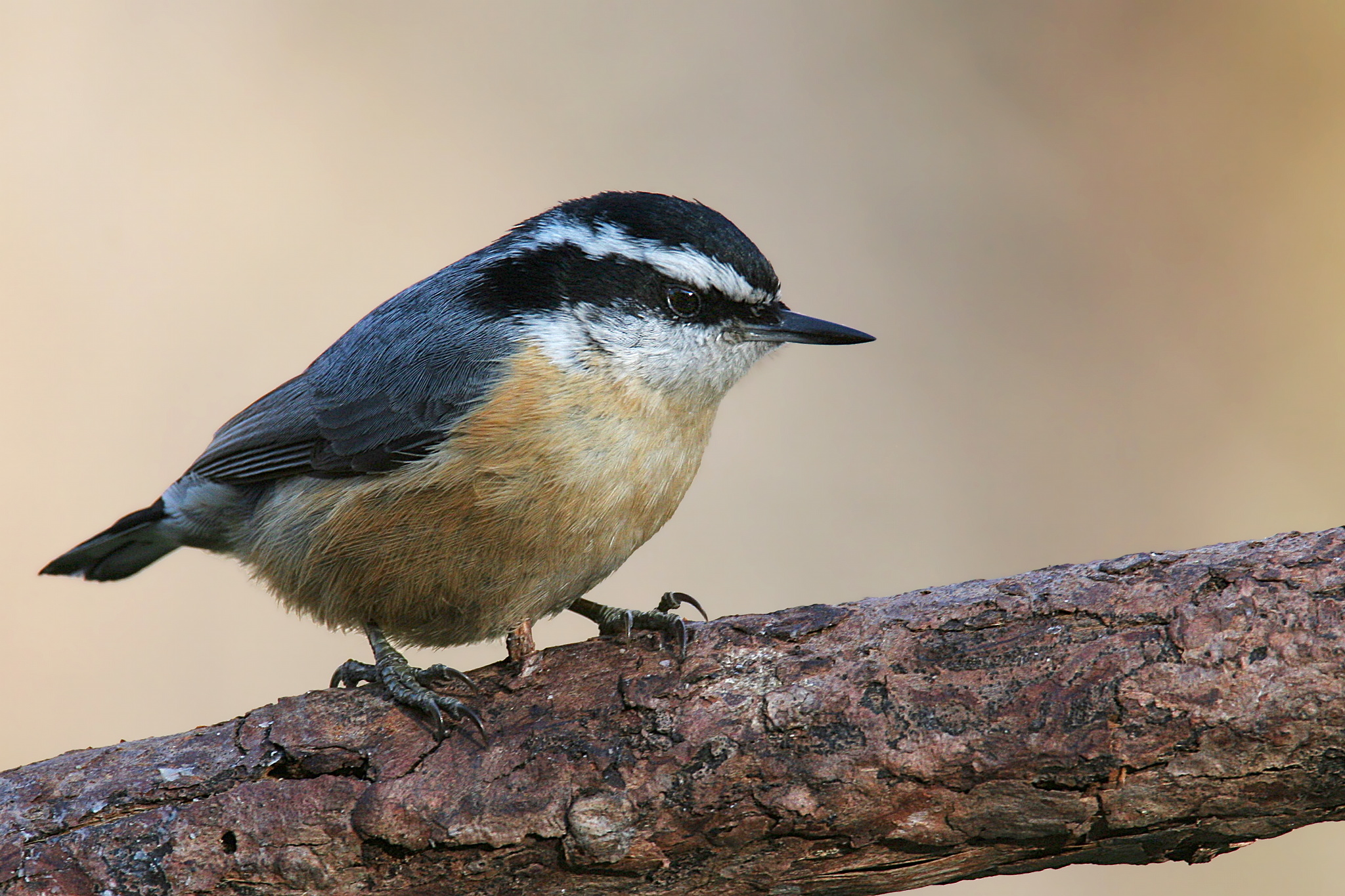 Adults have blue-grey upperparts with reddish underparts; they have a white face with a black stripe through the eyes, a white throat, a straight grey bill and a black crown. This bird is smaller than the .

Their breeding habitat is ous forests across , and the northeastern and western south to ()Verify source|date=October 2007 . They excavate a nest in dead wood, often close to the ground. They smear the entrance to their nest with pitch.

These birds are often permanent residents, but they regularly migrate into the southern United States if the food supply fails. This species is a very rare vagrant to western , and one bird successfully overwintered in .

They forage on the trunk and large branches of trees, often descending head first, sometimes catching insects in flight. They mainly eat insects and seeds, especially from conifers.

The call is like a tin trumpet. It is similar to that of the White-breasted Nuthatch, but higher in pitch.