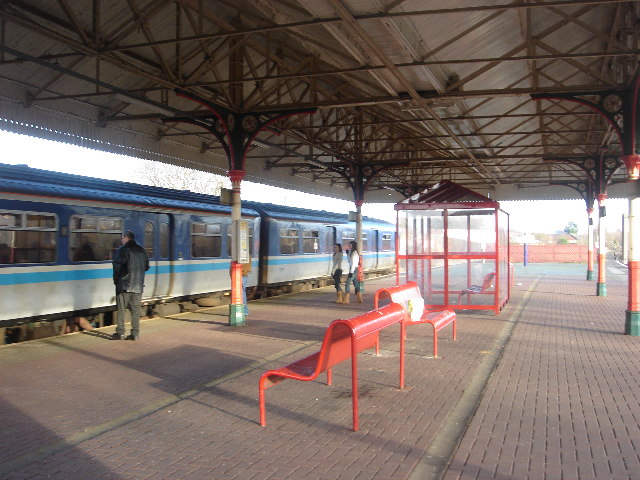 Walkden railway station is one of the principal stations that lie on the Atherton line, between and . The station is located 13 km (8¼ miles) west of with regular services to these towns as well as , Swinton and Hindley.

One of the more popular stations on the line (according to Strategic Rail Authority figures), the station was formerly known as "Walkden High Level"" to differentiate it from Walkden Low Level station (on the line from Manchester Exchange to Bolton Great Moor Street, which was closed to passengers in 1954). Latest figures indicate that over 150,000 passengers use the station annually. [http://www.rail-reg.gov.uk/upload/xls/station_usage_2005-06.xls]

In February 2007 the [http://www.walkdenstation.org.uk Friends of Walkden Station] community volunteer group was founded to campaign for improvements to the station's facilities and services.

Monday to Saturday daytimes, two trains per hour go southbound towards Manchester Victoria and Rochdale and two per hour towards Wigan Wallgate (hourly onwards to Southport and Kirkby respectively) northbound.

Evenings there is an hourly service in each direction to Manchester Victoria and Wigan.

There is no Sunday service.